Dr. Hans Hoffmann, first European in nearly 40 years to serve as engineering vice president, and Richard Welsh join Society of Motion Picture and Television Engineers (SMPTE) Board of Governors. Wendy Aylsworth, who worked on 3D to the Home, becomes first woman to be elected to executive vice president post. 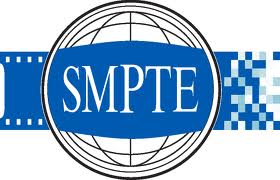 The Society of Motion Picture and Television Engineers (SMPTE), a worldwide force in motion-imaging standards and education, announced new appointments to its Board of Governors. Dr. Hans Hoffmann becomes the first European in nearly four decades to serve as engineering vice president. Richard Welsh becomes the organization’s new Governor for Europe, the Middle East, Africa, and Central & South America Region. Both were appointed at a recent meeting of the SMPTE Board of Governors.

The appointments of Hoffmann and Welsh follow the election late last year of then engineering vice president Wendy Aylsworth to the position of SMPTE executive vice president; she is the first woman to be elected to that post in the history of SMPTE. During her three years as the engineering vice president, Aylsworth worked to streamline and further systematize the organization’s standards-making processes and launched work on 3D to the Home and Broadband standards.

Welsh is director of Digital Cinema Services at Dolby, responsible for running digital cinema mastering and distribution; his team is also involved in the research and development of new products and solutions for Digital Cinema. Richard regularly presents at key industry conferences such as NAB and IBC. Since joining Dolby in 1999, Richard has worked as an applications engineer, sound consultant, and digital cinema mastering manager for the company.

In addition to the appointments of Hoffmann and Welsh, seven directors and a governor at large were also added the SMPTE Board of Governors. A complete list of Board members is available at http://www.smpte.org/about/board/.