When editing sound and building layers for blending, sometimes there is a feeling that each moment, each action must be filled with sound. However, the push and pull of storytelling in film requires an ebb and flow to the sound design and the mixing. As discussed regarding room tone, “silence” in filmmaking does not mean a complete absence of sound. When designing the soundtrack’s atmospheres and sound effects, seek out moments where the careful use of sounds and silence can pace, enhance and add emotion or humor. 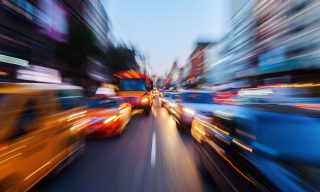 The pacing of a scene or a series of scenes will be affected not only by the sounds inherent in the scene but also in the choices using stillness and quiet to make moments. Tony Zhou has an amazing collection of deeply researched videos about various aspects of the craft of filmmaking. He has an in depth piece on the use of sound in cinema, notably using Martin Scorsese films as a reference point. That video can be found here.

Filmmaking is storytelling with images and sound. Great directors know exactly how their movies should “sound” as well as how they should “look” when working through post production. Go back and listen to any of your favorite movies. Is there something notable in the sound design or mixing that added dimension to a specific story moment? Take note of various moments where the sound design and mixing tell story points just as effectively as the dialog, as the visual design or the computer graphic imagery.

When constructing the soundtrack always think of how the three basic elements – dialog, music & effects can be blended to best tell the story. These things always get worked out in the end because it is all part of the process. The best directors think about sound in preproduction and carry it through post. Invariably, when sound is considered through each stage of process, the outcome is always far more than the sum of its parts.

Stanley Kubrick has whole sections of the ground breaking feature “2001: A Space Odyssey” where there is no dialog, and in some cases near total silence. The grand and dynamic score is a major, compelling component in the soundtrack of that film. Great directors like Kubrick and Scorsese understand the use of aural dynamics – cacophony to calm. 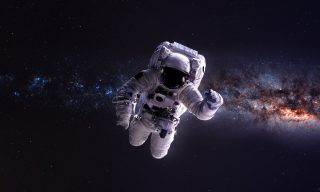 There are many wonderful uses of sound dynamics in the film “Gravity” by Alfonso Cuarón. In many of the outer space walking scenes, all that is audible is the soft sound of breathing. This sound design choice humanizes the vastness of outer space and at the same time, accentuates the isolation and distance that the characters are experiencing. There are many choices that could and have been made in this situation, typical choices include a grand, moving original score written to match each jostle and turn. A wonderful example of that is here. 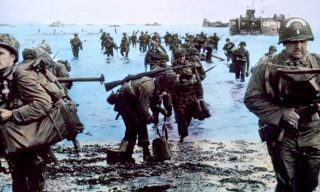 has an opening scene that is a masterwork of sound design, sound editing and sound mixing. The audience is taken inside of the soldier’s visions and hearing through that scene, conceived and created in a way that only a director with the mastery and artistry of Steven Spielberg could conceive.

Sound must be designed into the story from the script stage. Great directors stage and create scenes with quiet to allow for creative uses of sound. If scenes are wall to wall dialog, or conceived with wall to wall score, then the opportunity to allow for silence, reflection, dynamics and pacing isn’t going to happen in editing.

Many of today’s “blockbusters” go for an over the top style in score, visual effects and in sound mixing. It can be quite exhausting to keep up with the many explosions, chases, gun battles, death scenes and destruction that keep getting louder and louder. Finding the opportunities to pull back the sound, to find the moments of quiet, to pull back the score and effects, can help tell a better story or at least help tell a better scene. It also gives the viewer a chance to relax, reset and refresh, and anticipate the coming story points. 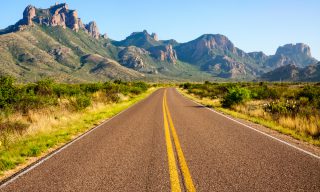 The Coen brothers are very sensitive to the use of sound in their films. A great example is the sparse soundscape of “No Country For Old Men” which has many stretches of quiet. We often hear only backgrounds and human sounds and breathing. The wonderfully ambient score by Carter Burwell is matched by the sound artistry of Skip Lievsay, Craig Berkey, Greg Orloff and others.

There are many examples to be found over the course of filmmaking history in which sound films make great use of the lack of sound. “Leaving Las Vegas” by Mike Figgis and “Elephant” by Gus Van Sant are another couple of great examples of very restrained sound design choices. The opening scene from Jodie Foster’s “Contact” is a cacophony of sounds and growing silence as the camera moves father and farther away from the noise of planet Earth.

As an exercise for your own experience and self-learning, listen closely to the density of the soundtracks that you hear. Do you find that the dynamic push and pull of the soundtrack or that the sparseness of the soundscape moves you in emotional directions? Do these sound arcs help tell story points and better immerse the viewer into the universe of the film? If you are a filmmaker can you see instances where in the creation, writing, shooting and editing of your piece benefit from a more controlled and exclusive use of audio? Watch Tony’s dissection and observation of scenes and see if any of that thinking helps with your own observations.