A collaborative article compiled by various members of the Transmedia Coalition

On Thursday, July 11, 2013 SyFy Network aired The Asylum’s Sharknado a B-Movie that embraced its genre status, and took twitter by storm. 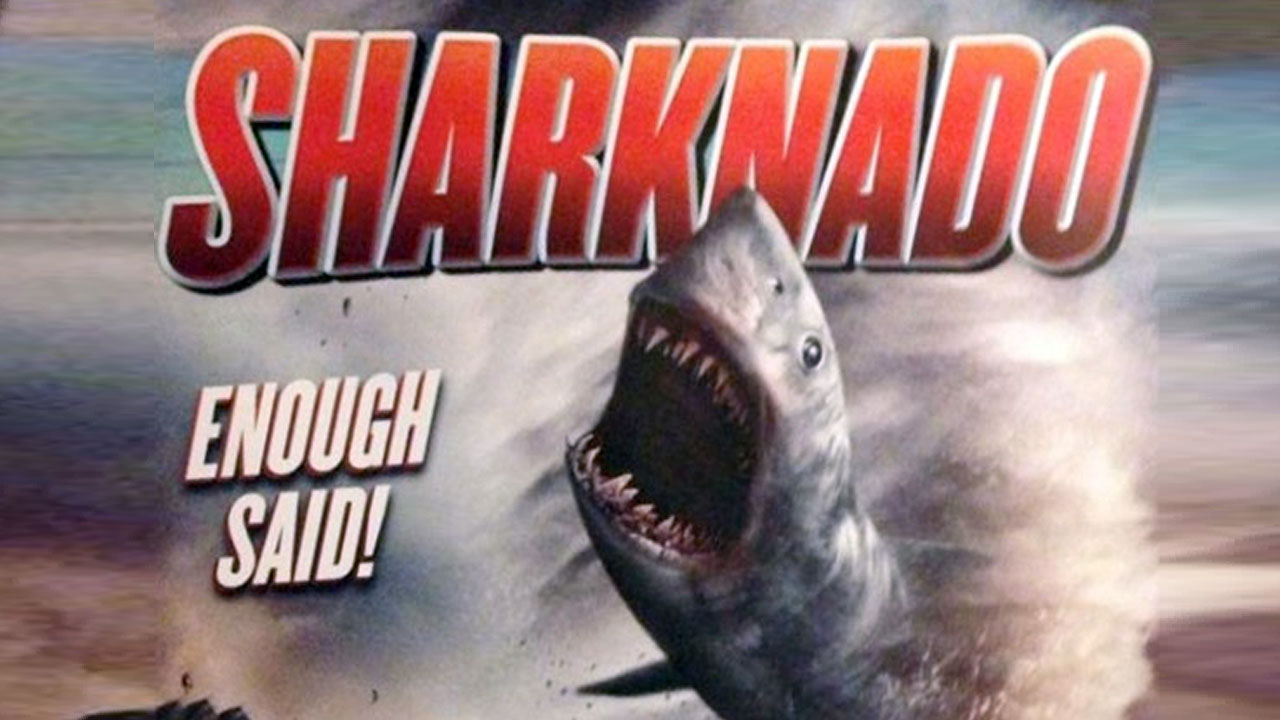 Starring Tara Reid and Ian Ziering, the movie drew 1.4 Million viewers, a respectable number for a SyFy feature if not a winner in the overall ratings game. On Twitter, the squall of attention launched three hashtags, #sharknado, #tarareid and #syfy up into the national top three for the evening and over 370,000 tweets on the subject.

With SyFy’s announcement this year that every new show would feature interactive content, this seems like a success.

While there are many attempts to build this kind of social attention on SyFy, such as the game for Defiance or SyFy Sync Sharknado is a straightforward 90 minute CG animated monster flick… does this show that content is truly the key?

We throw this chum to our Experts, to weigh in on Sharknado:

The big winners are The Asylum and the Audience. The Asylum has clearly gotten more press as content creators than any of their previous releases and have proven that their content can inspire audiences, a quality that investors and advertisers value.

I’m watching Sharknado for the first time at a viewing party this week, and I’m not the only one. In addition to the uproariously funny twitter feed, which I did manage to catch, I know of more than a dozen planned viewing parties to include people who missed the premiere. Looking to Sharknado’s Neilson ratings including the Live +3 and Live +7 info may change what seems like a normal number of viewers into a much larger number as word of mouth attracts a curious wider audience.

The last big winner for Sharknado is definitely the Red Cross, who saw a social media opportunity and used it to feature tips on preparedness and inspire user-generated content. Not only did tweeters supply snarky comments, but they referenced the Red Cross’s preparedness sites and apps. 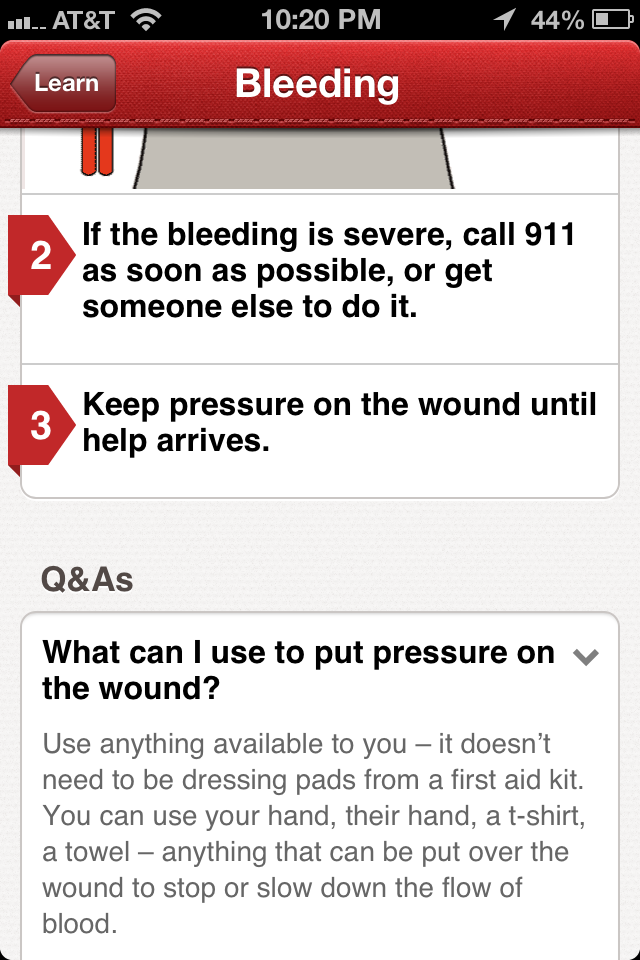 Hopefully, both the real and fictional information can help people prepare for future sharknados, whether they’re looking to survive natural disasters, or just social feeding frenzies.

Last week the Sharknado phenomenon hit the screens and created a buzz unusual for a tv movie. Sharks have been always fascinated people since Steven Spielberg's Jaws in 1975 but Sharknado is a mix between catastrophic movies like Twister and a shark invasion.


The Sharknado phenomenon has been originated by a perfect mix of elements:

In one word Sharknado is entertainment.

As for Sharktopus, a previous Syfy movie, the title movie played a key role. How can you guess what could happen in a movie where a tornado brings white sharks everywhere from anywhere? Everybody would be curious to know what's all about. The title plays a big role when you can share it on social networks, and the Sharknado buzz started from there. Then sharks are those kind of “monsters” able to interest people (the Shark Week is the right example) in the same way catastrophic movies have always been very popular (in particular in period of economic downturn where people watch apocalypse movies to dispel the daily problems). 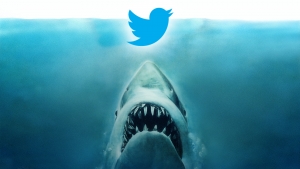 Sharknado success it's not about ratings (1.3 million viewers are not higher ratings the for Syfy. Defiance finale had 2.2 million) it's about the social media voices (more than 300.000 tweets). One of the reason of the amazing number of social comments is that a catastrophic movie with a low budget (about 1 million dollars) has very bad special effects, dialogues and performances generates very different reactions in the viewers. The splatter silly effects and sequences are a perfect content for a funny tweet. If the movie would have been produced with 100 million dollars probably the social impact would have been lower. In this way even viewers not interested in the movie are getting fun from the social interactions. Even some celebrities got fun from getting involved in this “tweetnado” amplifying the buzz on social networks. The sexy Tara Reid (163.000 Twitter followers) was also the subject of many tweets.

Syfy confirmed that a sequel of the movie will be produced and that there will be a contest between the viewers to find a title and a tagline for the new project. In this way the countdown to the sequel is already started.

Sharknado is a perfect project at a perfect time. Catastrophes+sharks+summer+witty title+low budget is the cocktail of the success of Sharknado

The thing I find most interesting about the whole Sharknado phenomenon is that everyone seems to be excited and intrigued about everything except the movie…which of course should be the most important part of the movie.  Instead, the most important part has been the communication around the film and the fallout that we're obviously still talking about. How many of the people who have been talking about Sharknado or have written articles about it have actually watched it?

I for one have not, but being involved with the buzz and publicity that's surrounded it has been far more important and worthwhile for me.  And that alone is a statement about how this phenomenon has proved things have changed.

The premiere drew just 1.3 million viewers on SyFy but those viewers were actively engaged, with more than 5,000 tweets per minute at certain points. Even if people were tweeting just to make fun of it or laugh at how far Tara Reid has fallen, that's buzz that is literally priceless.  As the old saying goes, there is no such thing as bad publicity and that's more true than ever in the digital age, where shorter attention spans mean we're all that much more anxious for something to talk about. And really, how could we not be talking about a tornado that's filled with sharks?

What's on display here though is the power of transmedia, and it's never been more evident. What was a cheap Syfy movie-of-the-week has evolved into something that is more than just a movie.  It's an experience, and that's conveyed by the social ramifications we've seen on Twitter and in the blogosphere as well as by the curiosity people have surrounding what's next for everyone involved.  After all, a sequel has already been ordered, and Ian Ziering actually said this might be his Pulp Fiction moment.  No, seriously.  He really said that.

So what does it mean for content creators? It means we can strike a nerve with the public by doing more than focusing on a specific medium.  The medium here was a cheap Syfy movie, but it's evolved into meaning so much more to people in so many different ways.  We have the ability to go beyond a specific medium to strike that nerve, and Sharknado has proven doing so can be incredibly powerful and incredibly lucrative for everyone involved.

Sharknado reminds us that our viewing habits haven’t so much changed as evolved, thus allowing for deeper audience engagement and branded integration.

Reaching approximately 1.5 million viewers on opening night, a paltry number by network TV standards, but with upwards of 5,000 tweets per minute; the online feeding frenzy and overall viewing numbers were at odds with each other. Social media’s role,  specifically Twitter’s role in the resultant melee was unification of conversations between scores of viewers (and non-viewers) allowing a group experience similar to attending a crowded movie theater on opening night of a summer blockbuster.

Crowd interaction, especially during bad movies, is as American as apple pie. Films, very much like Sharknado, where popular theater fodder during the 50’s, 60’s, and 70’s. It was the creators of these low-budget, big schlock films, like Roger Corman, who perfected the Hollywood blockbuster formula and developed their own cult followings, which included numerous remakes, scores of midnight viewings, and plenty of audience engagement. These campy, exploitation flicks were popular not because of their cinematic genius, but because of the viewing, ritual surrounding them. Today, theaters are seeing a decline in ticket sales. However we are not seeing, as a culture, fewer films, in fact Americans watch more television now than almost any other country in the world. And even though we are watching the bulk of our entertainment from the comfort of our living rooms, due to changes in our technology, we can also experience the joy of crowd-viewing our favorite reality shows, dramas and films. We now have the option of a theatrical experience with our friends, families and even strangers while sitting alone on the sofa.

What can brands and sponsors learn from this? The hype that Sharknado received is a good case of utilizing brand integration to drive and manage a conversation. As Caitlin mentioned previously, The Red Cross won big time for taking a leap of faith with this campy, made-for-tv horror flick to help promote disaster-preparedness and overall, their brand. Now imagine what would have happened if a brand actually partnered with the SyFy channel and taken advantage of the social media hype, such as Oreo during the SuperBowl. Now, brands have more opportunities to dive into that group thinking mentality and exploit it in a meaningful way.

Maybe Sharknado is just another example of the shake-up many digital creators have seen coming for a while. As alternative forms of distribution emerge, and the ability to engage in conversations around our entertainment becomes more seamless there will be a significant shift. Let’s hope that the brands see this too, and can jump on board with the creators and distributors before the shark jumps them.