The new 16TB SSD from Samsung is not yet available, but its technology is already “old”. Intel/Micron new 3D XPoint is the next big thing when it comes to storage. 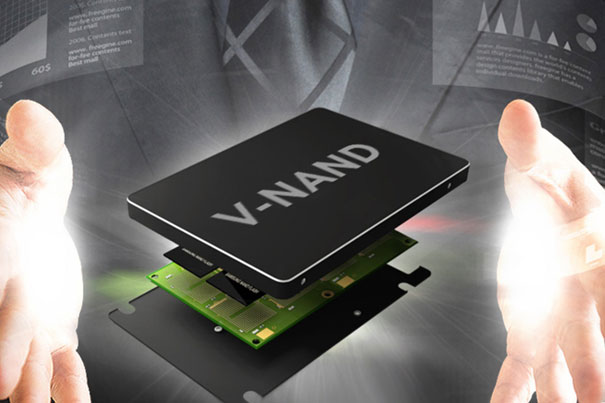 With the price of NAND memory coming down, SSDs are rapidly gaining market share. Samsung presented recently what can be your SSD drive in the future: a 16TB SSD. Is a 16TB SSD enough to archive all your 4K movies?

If you still think that SSD drives offer a limited choice, in terms of space, when it comes to your needs, then the good news is that Samsung presented at the Flash Memory Summit, held recently in California, their 16TB SSD. The bad news is that with the actual price of a Samsung 850 EVO with 2TB of space being around $800, it is easy to imagine what a 16TB SSD drive will cost.

The price above is for a SATA based SSD drive, which is more than enough for most users, but SSDs like Intel’s SSD 750 NVME 1.2TB, which offers a PCIe connection – and much more speed – take the price up to $1000. What this means is that the price of the 16TB SSD from Samsung could well go up to… $16000.

The 16TB SSD won’t be cheap, that’s for sure. But Samsung expects market prices for this type of drives to come down, so when the 16TB drive arrives to the market we can expect it to be more accessible. In fact, the price per gigabyte of NAND has decreased in the last four years, from $1 to $0.25, a trend that might continue in the future. The more players come in the field the lower prices will be, and Samsung is not alone.

The 16TB SSD drive, named PM1633a, will interest data centers mainly, especially as prices will be high, much too high for many consumers, but the fact that it is possible to make these drives will certainly make prices come down. With 4K video in use and the promise of 8K and beyond for the future, the apparently huge disk space is bound to be the norm. Add to this the fast speed SSDs offer, even more so through a PCie connection, and suddenly 16TB seems just about right for video. 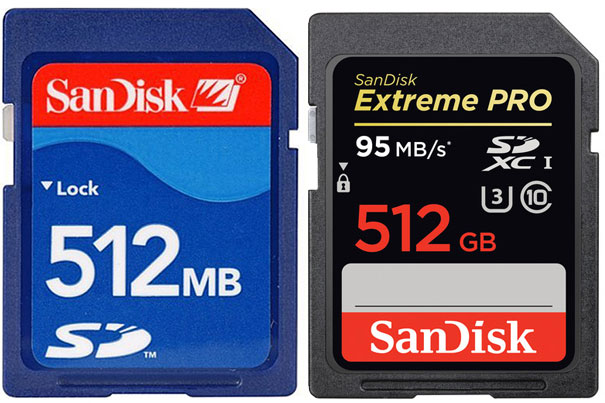 We have to look back to the past to better understand how technology evolved. In 2014 SanDisk launched a SD Card with 512GB of storage, and used the occasion to remember that in just 10 years the capacity of those cards had increased a thousand times, from 512MB to 512GB. This gives us an idea of how much things changed in such a short time. The 16TB SSD in a 2.5” form factor in another example of the speed we’re moving at.

Again, the 16TB SSD may not be in your supermarket shelf in the coming months, but at the Flash Memory Summit Samsung announced something else that will certainly interest users who have been waiting for prices to come down: they have begun mass producing the industry’s first 256-gigabit (Gb), three-dimensional (3D) Vertical NAND (V-NAND) flash memory based on 48 layers of 3-bit multi-level-cell (MLC) arrays for use in SSDs.

“We are providing high-end capabilities and capacities for all of our latest SSDs, something we believe will elicit a high degree of interest from OEMs and computer enthusiasts throughout the world,” said recently Jim Elliott, Corporate Vice President, Samsung Semiconductor, Inc. “We understand the performance needs of our customers in a rapidly expanding SSD universe and are determined to meet those needs.” 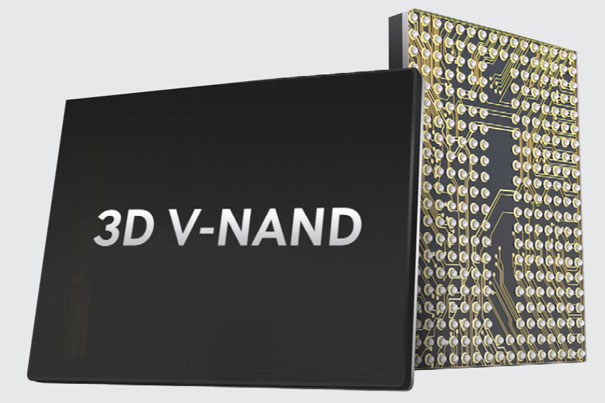 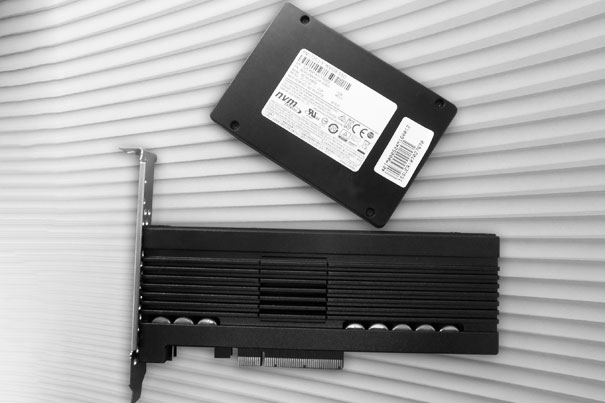 Able to save a 5GB video in less than three second, the PM1752 is a half-height, half-length (HHHL) card-type NVMe SSD offering blazingly fast data transmission and a 3.2TB or 6.4TB storage capacity. According to Samsung, “the PM1725 provides a random read speed of up to 1,000,000 IOPS (input output operations per second) and writes randomly at up to 120,000 IOPS. It also sequentially reads at up to 5,500 megabytes per second (MB/s) and writes sequentially at up to 1,800MB/s.”

In addition, the 6.4TB PM1725 features, says Samsung, “outstanding reliability with five DWPDs (drive writes per day) for five years, which translates to writing a total of 32TBs per day during that time. This means users can write 6,400 files of 5GB-equivalent data or video every day, which represents a level of reliability quite sufficient for enterprise storage systems that have to perform ultrafast transmission of large amount of data.” 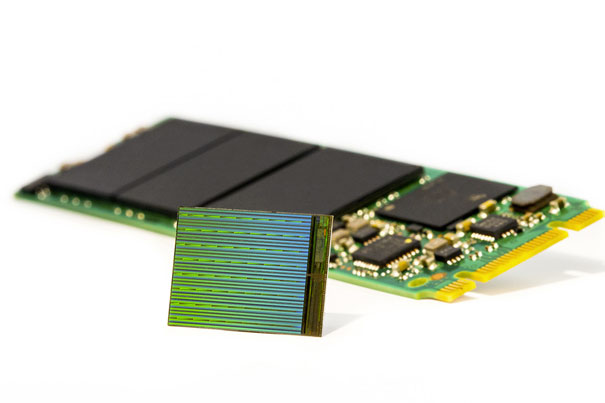 Samsung is not alone in this race, and it will be interesting to see what the future brings us. SanDisk said in 2014 they would have their 16TB SSD in 2015, but it is a bit delayed, it seems, as only in March 2015 they confirmed that their second generation 3D NAND, “which is a 48 layer architecture developed with our partner Toshiba” will start pilot production in the second half of 2015, with meaningful commercial production targeted for 2016.

The announcement was made last March by Dr. Siva Sivaram, executive vice president, memory technology, SanDisk. On the occasion SanDisk said that “we utilized our first generation 3D NAND technology as a learning vehicle, enabling us to develop our commercial second generation 3D NAND, which we believe will deliver compelling storage solutions for our customers.”

Intel is also a name associated with this race. Partnering with Micron, Intel is offering gum stick-sized SSDs with more than 3.5 terabytes (TB) of storage, through their own 3D NAND technology, which differs from the Samsung or Toshiba/SanDisk versions.

One of the most significant aspects of this technology is in the foundational memory cell itself. Intel and Micron chose to use a floating gate cell, a universally utilized design, refined through years of high-volume planar flash manufacturing. This is the first use of a floating gate cell in 3D NAND, which was a key design choice to enable greater performance and increase quality and reliability.

The new 3D NAND technology stacks flash cells vertically in 32 layers to achieve 256Gb multilevel cell (MLC) and 384Gb triple-level cell (TLC) die that fit within a standard package. These capacities can enable gum stick-sized SSDs with more than 3.5TB of storage and standard 2.5-inch SSDs with greater than 10TB. Because capacity is achieved by stacking cells vertically, the individual cell dimensions can be considerably larger. This is expected to increase both performance and endurance and make even the TLC designs well-suited for data center storage.

According to the information available from Intel/Micron, March this year, the key product features of this 3D NAND design include :

The press-release available indicates that “the fab production line has already begun initial runs, and both devices will be in full production by the fourth quarter of this year. Both companies are also developing individual lines of SSD solutions based on 3D NAND technology and expect those products to be available within the next year.”

So, we are really going to have new options, when it comes to storage, in the not so distant future. This means that actual SSD solutions already available will be more accessible – and those are enough for multiple uses and users. Meanwhile a new generation of storage devices, with more capacity and faster, appear in the market, positioned as a logical choice for users looking for more storage and, above all, higher read/write and streaming speeds, something the video industry will gladly welcome. 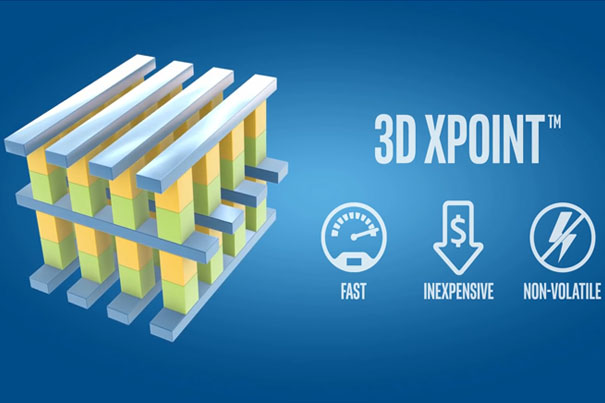 Ready for the future?

The revolutionary 3D NAND SSDs coming to the market may soon be old news, showing, again, how fast technology moves. Last July Intel and Micron announced a new non-volatile memory technology that has the potential to revolutionize any device, application or service that benefits from fast access to large sets of data.

Named 3D XPoint, and already in production, this technology is a major breakthrough in memory process technology and the first new memory category since the introduction of NAND flash in 1989. According to the information available from Intel and Micron, the 3D XPoint technology combines the performance, density, power, non-volatility and cost advantages of all available memory technologies on the market today. The technology is up to 1,000 times faster and has up to 1,000 times greater endurance (endurance difference based on comparison between 3D XPoint technology and other industry NAND) than NAND, and is 10 times denser than conventional memory.

“For decades, the industry has searched for ways to reduce the lag time between the processor and data to allow much faster analysis,” said Rob Crooke, senior vice president and general manager of Intel’s Non-Volatile Memory Solutions Group. “This new class of non-volatile memory achieves this goal and brings game-changing performance to memory and storage solutions.”

As the digital world quickly grows, doubling in size every two years, – from 4.4 zettabytes of digital data created in 2013 to an expected 44 zettabytes by 2020 – 3D XPoint technology can turn this immense amount of data into valuable information in nanoseconds.

The performance benefits of 3D XPoint technology could also enhance the PC experience, allowing consumers to enjoy faster interactive social media and collaboration as well as more immersive experiences, like immersive 8K gaming. Besides the multiple different aspects, there is another one which is capital: the non-volatile nature of the technology also makes it a great choice for a variety of low-latency storage applications since data is not erased when the device is powered off. 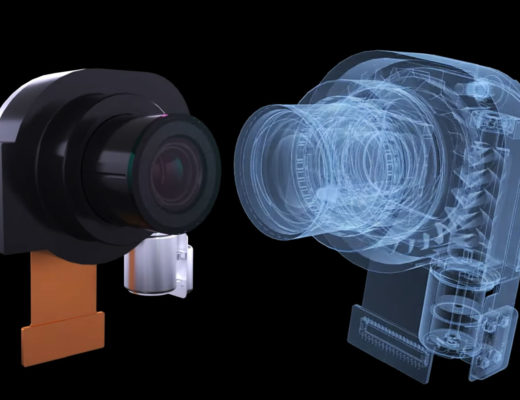 A telescopic lens, sensor shift technology and a RGBW sub-pixel rendering algorithm able to increase light captured by the... 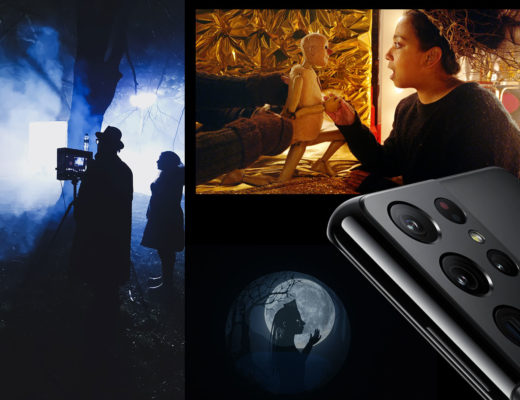 Aimed at inspiring budding creators to bring their own stories to life, Filmed #withGalaxy is a new content series...