The 2018 edition of NAB is one month away but companies as Sachtler and Vinten are ready to debut at the Las Vegas event technologies that make life easier for camera operators, both photographers and videographers. 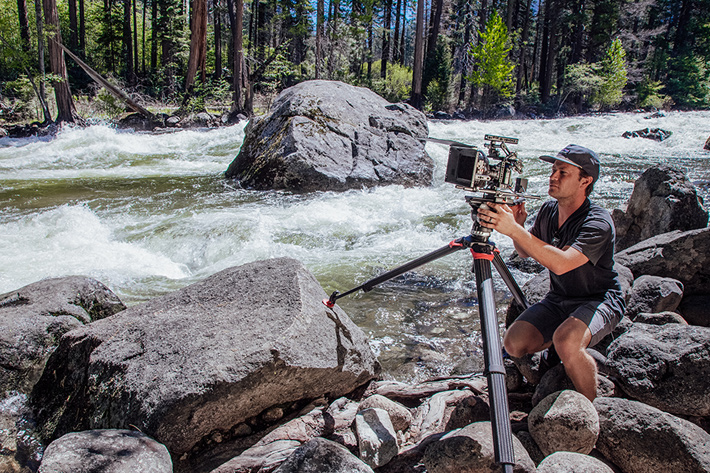 A new dolly and carry handle for the award winning flowtech 75 tripod will appear at NAB 2018 Show, expanding the options available for the new tripod system.

Available from Sachtler and Vinten, both Vitec Group brands, flowtech’s design offers a set of two-stage carbon-fiber tripod legs with an easy-to-remove midlevel spreader, rubber feet, and a payload capacity of 20 kilograms (44 pounds). Quick-release brakes located at the top of the tripod enable all the legs to be deployed simultaneously and to adjust automatically to the ground’s surface. A unique hinge-lock mechanism allows users to capture extremely low, ground-level shots, removing the need to bring a second set of “baby legs” to each shoot. The exceptional torsional stiffness of the system ensures that the tripod will not twist during camera-panning movements, an extremely important consideration in all motion picture productions. 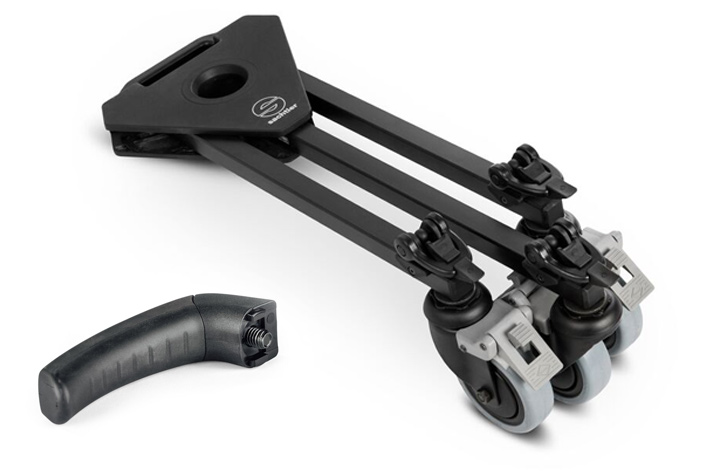 “Since we introduced flowtech at IBC2017, it’s caught on incredibly fast; in fact, we are expanding to a 24-hour manufacturing schedule just to keep up with the demand. flowtech is on fire because it fills a niche in the image-creation industry for a tripod that truly transforms the way camera operators work. With flowtech, we’ve thought of every detail of the workflow, and we’ve created a robust and versatile tripod solution that is far easier and faster to use than anything that has come before it.”  says Tobias Keuthen, Director of Global Product Marketing Management, Vitec Group.

At  the 2018 NAB Show,  Sachtler and Vinten will feature two optional accessories for flowtech 75: a detachable carry handle and a compact and lightweight dolly. The flowtech 75 dolly features an integral carry handle and foot-operated brakes for smooth and easy operation, while its foldable design allows it to collapse to a compact and easy-to-transport unit. Weighing in at just 4.7 kilograms (10 pounds), the dolly can support a payload of 40 kilograms (88 pounds) and a build radius of 53 centimeters. The new flowtech 75 carry handle allows customers to carry the tripod securely in one hand, and it attaches easily to one of the three flowtech accessory docks, making the tripod even more versatile and portable than ever.