If you need a way to create shots that we’ve never been able to capture before in-camera, the Robic arm is your friend. 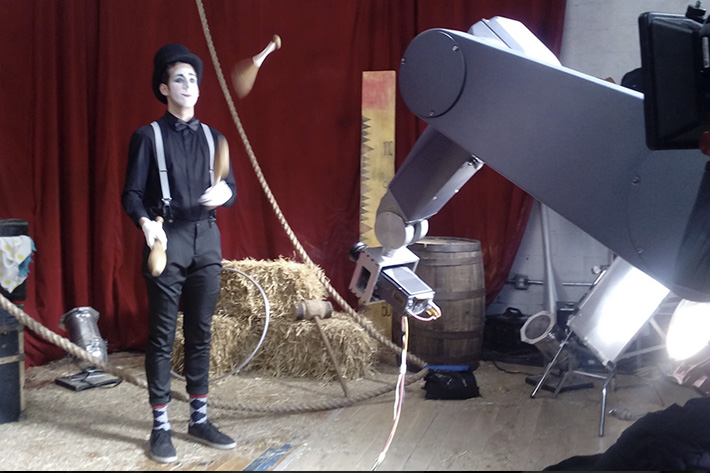 Robic is the first rig to offer laser-focused images for high-speed cinematography. Recently announced, the system is available for productions through Triptent.

Robic is a custom developed robotic arm system designed for high-speed filming.  It is a fully programmable camera arm that allows for precise, exact movement up to 105 miles per hour to capture and follow motion in laser-sharp focus at 2,500 frames per second. The system is compatible with professional cameras including the Phantom HD, Flex 4K, Red Epic and the ARRI Alexa Mini.

“Together with our longtime collaborator, director-technologist-inventor Fernando Kocking, we decided to develop a custom solution allowing our clients a way to create shots that we’ve never been able to capture before in-camera,” said Joe Masi, Founder at Triptent. “With Robic the speed and clarity of the footage is incredible. We can truly follow the action in real-time as it happens – a ballerina on pointe as she leaps into the air, a glass propelled by gravity as it crashes to the ground, the trajectory of a baseball through the air after a hit. Robic is the first rig to offer such laser-focused images even at high speeds. Using Robic’s infrared motion sensors, we can produce motion control shots that don’t require CGI, layering or effects because everything is captured precisely in live action.”

“Never before have we been able to move a camera while it’s shooting at 2,500 frames per second,” added Fernando Kocking, Creator and Lead Technical Operator of Robic. “Robic not only does that, but even does it successfully at high speeds of up to 105 mph, providing incredible image clarity. Furthermore, it’s also simple and user-friendly. And it results in awe-inspiring cinematography!”

Robic is built around a set of sophisticated robotic arms developed by world robotics leader Staubli, which were then custom engineered via a software toolset written by Kocking to specifically service high-speed cinematography workflows. Robic is ideal for capturing not only tabletop and product footage, but also people and objects, enabling new possibilities in sports, performance, automotive, beauty and lifestyle shoots. 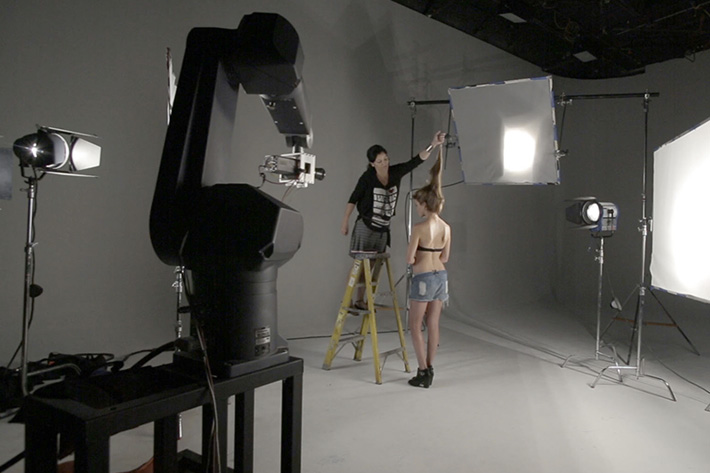 The current set-up includes four motion control arms, all fully synchronized to capture a shot with ultimate precision even though it may just be a millisecond in time. Two of the robotic arms, together with the custom Robic software, are designed to control cameras, and two are designed to control objects. The camera control arms can be used alone, or can be programmed to follow the movements of an object mounted on another Robic arm for perfectly synced capture. The system has also been designed so that camera arms can be controlled and programmed very simply via a videogame controller, dramatically reducing prep time.

The system is transportable and can be set up on a stage or on location, and is already in use on commercial projects. For more information about the system, or using Robic for upcoming shoots, visit Robic Team’s website.