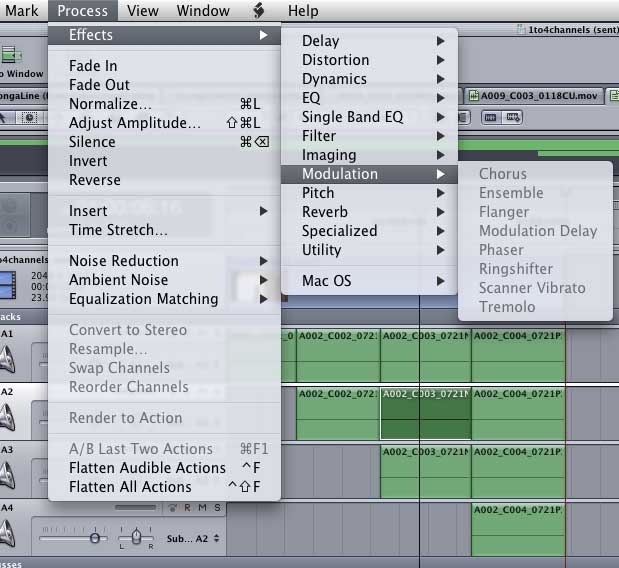 Just a quick note: I took a short piece shot on RED and sent the FCP edit into Soundtrack Pro. I found to my dismay that I was unable to apply almost any processing to most of the clips: no noise reduction, no add-on processing (as shown in the image). A bit of investigation followed:

Guess how many channels of audio most of my footage had?

The morals of the story?

It’s just one of those crazy things… who knew?

Hey Everyone, It’s time, once again, for another “Let’s Edit” tutorial, and we’re taking the next logical step in...