February 19, 2011 – This Reader Quicktip can help with the organization of your Avid media folders

A great Reader Quicktip came over the other day from Rob Wilson. It’s a nice tip for doing a little surgery in your Avid Media Files folder that can help with organization and being able to identify the media files that goes with a particular project. Rob published this on his own blog when he sent it over and it is reposted here with his permission.

Okay folks. A quick tip here about ways to organize your media when you’re working on different projects on the same hard drive. It requires a little maintenance, but it will work just as well as your current system and provide for an easy ability to manage media at the Finder level. Let’s review by establishing the common Avid MediaFiles folder structure:

On every hard drive where you’re currently carrying Avid media, your media lives in this folder labelled “1?. But did you know that you could rename this “1? folder to something more project-specific? Apparently, as long as the folder is within the Avid MediaFiles/MXF folder structure and there are Avid Database files in there (those two MSM files in the folder with all your media), you can name your folder whatever you want.

But when would this come in handy? If you’re managing multiple projects, or multiple phases of a project, such as offline and online on the same drive, this will be truly helpful. That way, if you ever need to consolidate, manage media, or do anything when you only want to affect one project’s media and don’t want to manage it in the Avid Media Tool, you have set yourself up to do this very easily.

As a example, I was recently editing a music video on my laptop. The media was stored locally on my internal hard drive. Another project came up and I wanted to be able to keep the other media on my hard drive too. So I took my current “1? folder, which I knew was only media from my music video, and I renamed it “Music Video”. Then I imported the media from my other project. When there isn’t a “1? folder in the Avid folder structure, Avid will automatically create one for you when creating new media, so when the media was done importing, I simply renamed the newly created “1? folder to the name of my other project. And bang, two folders, two projects. This came in handy when I wanted to take the music video to online on another system. Without needing to consolidate or manage media at all, I just grabbed my “Music Video” Avid MediaFiles folder and copied it to a new hard drive. No Media Tool necessary.

Here is an example of how I have my current work set up: 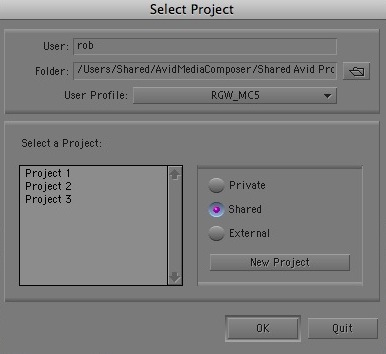 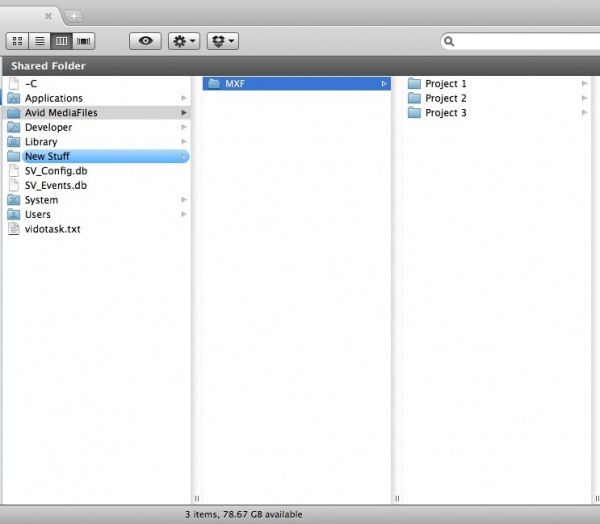 PS – Just a note: this only works to my knowledge on versions of Avid that use the MXF folder structure. I have not investigated this on old (but still perfectly useable) OMF-based systems.

There’s a comment on Rob’s blog post from James in response to the PS and he says: “It certainly does work for OMF style projects… I used to do it all the time, but usually not for different projects, mostly to keep the file count down.”