One thing that’s always seemed to be missing out of the built-in Final Cut Pro title tool, as well as the Boris Graffiti plug-in, is spell checking. I noticed the other day that the new Manifesto static title generator can spell check. This Quicktip was supposed to happen later in the week but after some Manifesto discussion on Twitter yesterday I moved it up.

If you’re working in one of the commonly used Final Cut Pro title generators you don’t get any spell checking capabilities. 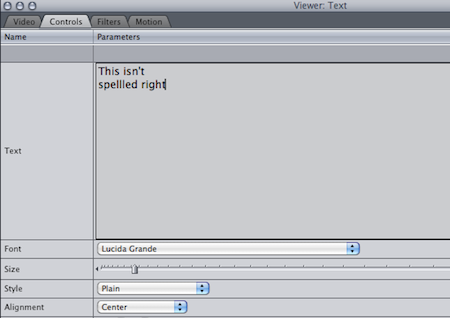 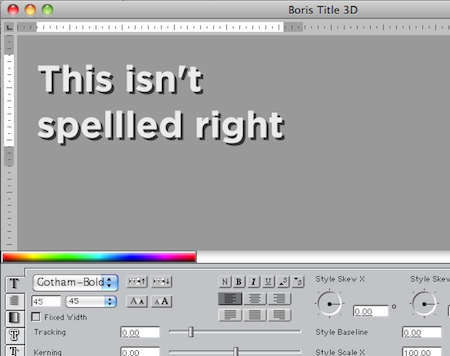 And neither does Boris Graffiti.

But the newly released Manifesto title generator (included as a free update to the Noise Industries FxFactory package) can spell check:

When you load the Manifesto (Static) generator choose the Multiple Lines option, even if you’re only going to have a single line, and click Edit. 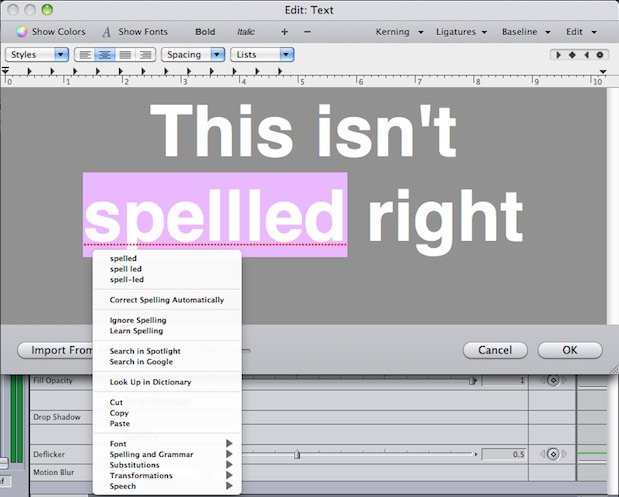 This opens a separate edit window which supports spell checking.

Spell check also works with the Manifesto Roll/Crawl generator which requires edit pop-up for text entry (unless you import text from a file).

BONUS GIVEAWAY: As an added bonus to our Reader Submitted Quicktips we’ve got an additional giveaway to the winner of the best reader submitted Quicktip. KPL Productions has offered up one copy each of their timecode calculators for iPhone and iPad. See the original 28 Days of Quicktips post for details on how to submit your own Quicktips for a change to win.