Can a plugin for FCPX create the illusion of a DSLR racking focus from one area into the next? Pixel Film Studios claims its ProDOF can. 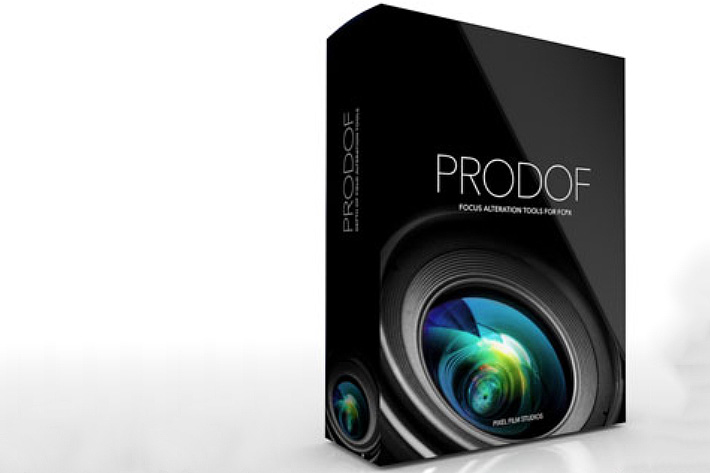 ProDOF is, said Christina Austin, CEO of Pixel Film Studios, “the perfect set of tools for video editors that want to create the illusion of rack focusing from one subject to another subject in a scene.”

The software combines racking focus with slight zoom in and zoom out functions to amplify the effect of creating a new focus in a given scene.  ProDOF is a Final Cut Pro X exclusive plugin.

According to the company, “Video editors using ProDOF can add realistic depth of field in a given scene. Easily create the illusion of a DSLR racking focus from one area into the next. ProDOF comes with 0.5 second, 1.0 second, 1.5 second, and 2.0 second transition durations.”

Using ProDOF is easy in FCPX. Start by choosing a preset with up to 4 masking points and zoom in/zoom out functions. Adjust the points to change the shape of the mask. Use the roundness and feathering controls to adjust the mask falloff and achieve a more seamless look. Next, use the ISO and Aperture to change the quality of the blur. The plugin will do the rest.

ProDOF simulates the functions of a camera. Decreasing the aperture will increase the amount of blur seen in a given shot. Adjust the ISO changes the camera’s sensitivity to light, thus causing a brighter image. Adjust the two sliders to change the quality of the blur.

The plugin from Pixel Film Studios comes with zoom in, zoom out, and non zooming presets in various transition durations. With simple on-screen controls, video editors can combine the effect of a camera racking focus with a slight camera movement to enhance the effect of focusing from one subject to a new subject.

Announced with a regular price of $49.95, the plugin is now available for $29.95. Visit the Pixel Film Studios website for more information.