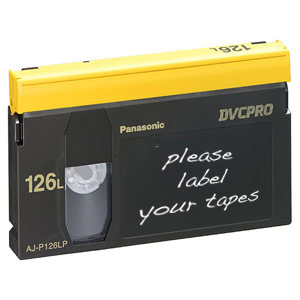 Man, there are a lot of high definition formats out in the world today. Just to spell them out would be a dizzying array of letters and numbers. 720p, 1080i, 23.98, 30p … this list could literally go on and on so I won’t even attempt a partial list other that what I have above. Just take a look at this HD format chart. That’s a lot of different formats and it doesn’t even take into account the different flavors of a particular format that camera manufacturers often come up with on their own.

With that in mind this PVC post is an open letter to all DPs, ACs, camera ops, DITs, anyone and everyone associated with the camera department to please label their tapes and hard drives with the usable, relevant information of shooting format and frame rates, codecs and cameras so post-production will at least have an idea of what is being handed to them.

Post-production professionals and post houses in general are in a much different position than those dedicated solely to acquisition, camera rental houses not included. A director of photography / camera owner / production company who chooses to own their own camera will most often have to choose just one format when they buy that camera. Sure there is the option of shooting 1080 or 720, 23.98 or 59.94 on a lot of hi-def cameras but for the most part you can choose one format for a camera and stick with it. A Panasonic HVX200 is DVCPRO HD (unless you use the DV tape but who shoots that anymore?). An HDV camera is HDV, though there are dedicated flavors of HDV say for Canon, Sony and JVC … sorry that’s “ProHD” for some of those JVC cameras. RED is REDCODE, though you do have the choice of REDCODE 28 or REDCODE 36, frame rates and aspect ratios. So even with the RED format there are a lot of variations on it as well.

My point is that camera owners often have to choose just one format to purchase and support while editors and post houses have to support many, most, if not all of the formats out there. It can be a tough and expensive proposition to be sure we can properly and efficiently work with all of the different formats that clients are shooting. And inevitably each year when NAB rolls around there will be a new format introduced. But we aren’t complaining (much) as it is important to support our clients with every job they shoot. 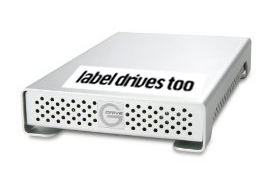 I know it can get hectic on the set and you never have as much time are you need in a shoot day but I can’t stress how important it is for the editor to have some kind of idea of what to expect out of that big box of mini-dv tapes (is it HDV or standard def DV?) or that hard drive (is it RED footage or P2 offloads?) The editor usually knows the bigger picture of what to expect from a shoot, as in is it VARICAM or XDCAM but what we often don’t know are the specifics such as resolution and frame rate. I say frame RATE as you don’t mix different frame rates in the same shoot right? It’s often not as easy as a camera op might think to pop a tape into a deck or mount a hard drive to check these details. And even when you can it’s often not entirely clear as to what was shot. If it is going to be a particularly stressful shoot then at least clearly label one tape or drive the night before and have a PA label the rest upon wrap or delivery of the acquisition materials. If you think about it in this way, what would a DP or camera operator do if they were handed a camera that was encased in a black box where you could only see the viewfinder and a start/stop button? You would hate to shoot that way without knowing what kind of camera and format you were shooting on. In essence that is what you are doing when you hand unlabeled acquisition materials over to an editor. And it only gets worse if we are handed a box of tapes that are of different form factors as that automatically means different formats and a greater possibility of mixed frame rates … which is another difficult issue entirely. And an unlabeled hard drive is even worse as there’s absolutely no way of knowing what is contained on the platters inside. 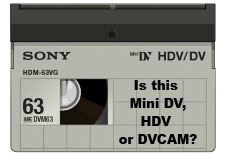 This type of detail would tell me that they were shooting 24p but the camera embeds the 24p in an interlace stream on the tape so it must be extracted to 24p.

That tells me exactly about the shoot and immediately alerts me to the hurdle of mixed frame rates with the addition of the Canon 5D footage.

This may seem a bit overkill in the labeling department but the more information the editor has the faster and better he/she will be able to deal with incoming footage, especially if he/she wasn’t involved in the pre-production stage. If that is the case then proper labeling of acquisition footage is even more important.

So I ask, to all of the shooters and camera department personnel out there acquiring footage every day; do your editors a favor and label tapes and hard drives with enough information to make a good decision about your post. You client and their pocketbook may thank you too.