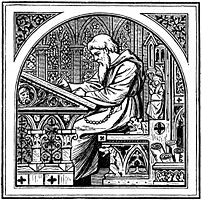 The concept and process of image management has been explored for centuries. It can be traced back to logographic (picture based) writing. Two categories emerged – pictographic and ideographic writing. With pictographic writing the picture stands for the actual object (fish = fish.) With ideographic writing the picture represents an idea. For example, a fish may represent fishing, water or food, for example.(1) This concept developed into phonographic writing. The symbol (phonogram) is now used to communicate the sound the object represents rather then the actual object. Continuing with the fish example, the symbol is now combined with other symbols to make another word, such as, “official.”(2) By using the sound a symbol represents, the number of symbols needed for written communication is greatly reduced,(3) and thus becomes more efficient.

The process of written communication expanded with the invention of different materials. Methods for communication were developed along with systems for recording and storing them based on need. Early writing was used as a form of communication and records management. As exploration opened up trade routes, filing systems emerged to handle the increasing business transactions. Spindle files and pigeonhole files are two types of filing systems developed to fit the need. The invention of the printing press by Gutenberg in the 15th century spearheaded an information explosion, as did the invention of the typewriter in the 1860’s.(4) These machines disseminated an outpouring of information, and with that came the need for information retrieval (IR) systems. Prior to the digital age, filing systems consisted primarily of alphabetical, numeric, and hierarchical (e.g., subject heading and classification scheme) systems. It’s important to recognize no one filing system is right for every situation. For example, numeric filing has its place, and can be consecutive or terminal. Consecutive filing is efficient for filing checks or purchase orders;(5) and terminal filing is desired when filing items with groups of numbers, such as social security numbers, whereby more than one person can access the file at a time. The disadvantages include filing errors and the need for a secondary reference linking the number to the record identity is needed. Subject filing may be the logical choice. However, this method has its drawbacks. They are, “difficult, time-consuming, and…tend to exhibit the eccentricities of the current and past keepers and are difficult to revise