H.265, inexpensive media options, and a seriously wide zoom for a single-lens camera

I was sent a camera. It has a 5170 x 2908 sensor. Records internal 4K at 4:2:2 in 10-bit as well as being able to record 4K in the more efficient H.265 10-bit codec at 200 Mb/s or 150 Mb/s. These specs are, I believe quite literally, what many may want in a crowd-pleasing mirrorless camera or even a smaller cinema-style camera. Why do I bring this up right away? Because this is a camera review for the Panasonic AG-CX350 a single-lens camcorder and I was as surprised as you may be to find so many desired features in a camera like this one. In this review, I have videos ranging from 8-bit HD to 10-bit 4K. Right now, the 4K videos are further down the post under the OIS section. These were shot hand-held to test the OIS setting and the 4K quality at the same time.

The obvious and important first. The Panasonic AG-CX350 has, what I believe to be, the widest lens for a single-lens camcorder. A lens is always the first caveat I have to my usual less than an enjoyable history of an older single-lens camcorder. Those older cameras, dating back to four or five years ago, never really seemed to have a lens wide enough for my shooting tastes. The Panasonic AG-CX350 sports a 24.5 x 490mm 35mm equivalent focal range. Definitely wide enough for this landscape frame I shot in HD.

How does the 1″ MOS sensor with its native resolution of 5170 x 2908 perform? I think it performed rather well. In my tests, which is my version of shooting as often as possible, the image in both HD and UHD looked great. In Blackmagic Design’s DaVinci Resolve, my preferred color correction tool, I found the footage to have room to bring back both shadows and highlights. In the image above, I shot with the overcast clouds at just under peaking on the AG-CX350’s LCD display. In DaVinci Resolve, I was able to finesse more details out the clouds than I thought had been recorded. Always nice.

The AG-CX350 comes with eight user-selectable gamma modes—HD, SD, Filmlike 1, Filmlike 2, Filmlike 3, Film-Rec, Video-Rec, and HLG for HDR recording. On most of my shoots, I either choose the easiest to hand off to clients or the flattest. It all depends on the end product and who is in charge of the post-production pipeline. Know you have eight separate options to dial in your image. Plus, the AG-CX350 has 16-axis color control of your image with three skin-tone controls allowing you to isolate and adjust your colors like your skin tones. 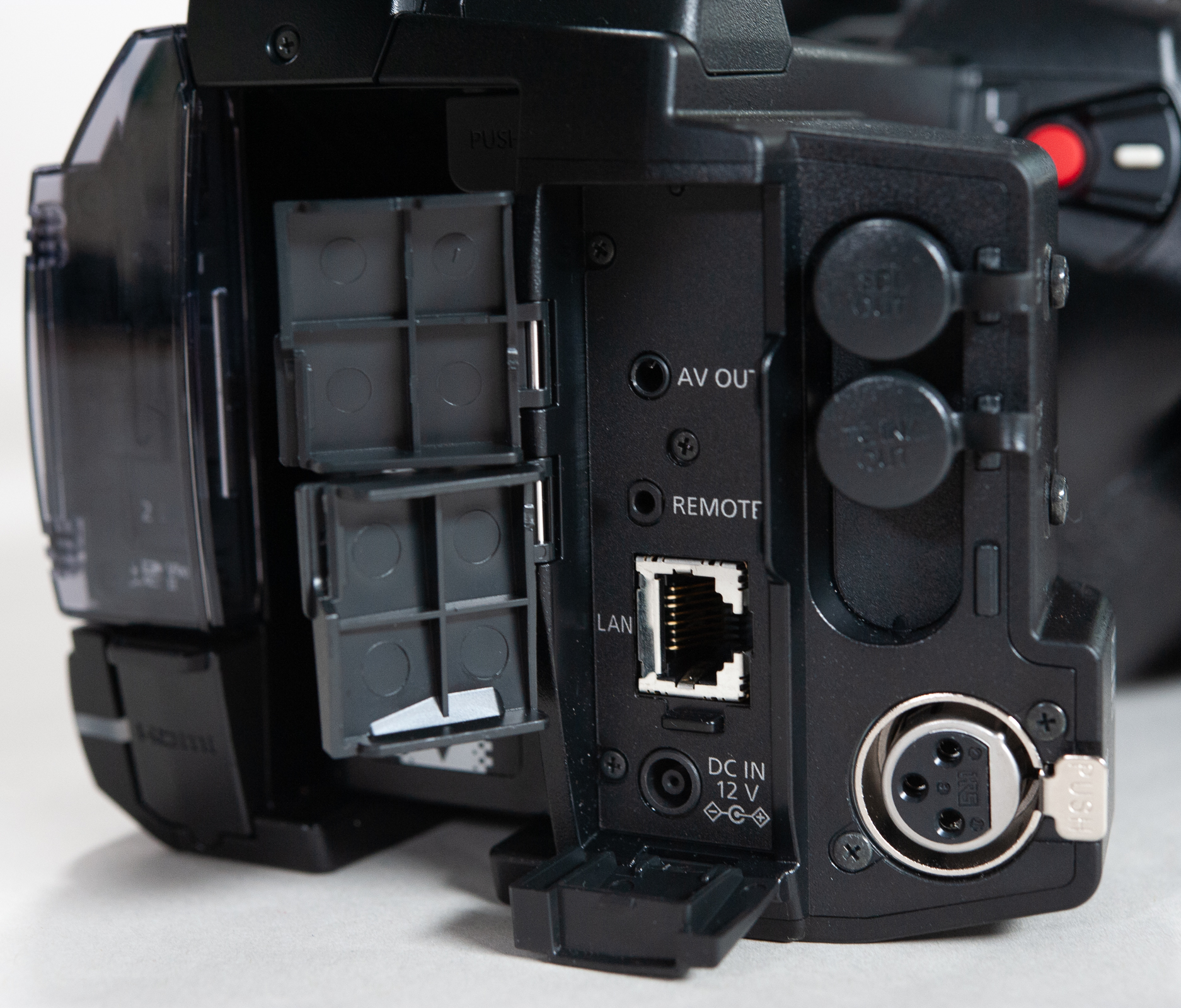 Like many camcorders, the AG-CX350 is plastic. Hell, just like many cameras. There is nothing wrong with plastic. The camera feels good in hand and light on a tripod. My Miller DS-10 tripod felt like a touch over-kill but I prefer a heavier tripod for any camera. The inputs and outputs have doors protecting the connection instead of rubber covers except for the SDI connections. Those SDI connections have rubber covers protecting them. This type of door keeps the AG-CX350 looking clean. Will the doors last the life of a broadcast camera, maybe.

I found the OLED EVF to be my preferred choice for viewing the camera’s image. The OLED EVF has a touch more resolution, 1,770,000 Dots to the display’s 1,370,000 Dots, and the OLED gave me a slightly more pleasing, easier to use, image. Plus, my eyes are aging. I am almost to the point of needing reading glasses when using an on-camera LCD screen. Pride has kept me from doing so at the moment.

What has now become a standard feature on single-lens camcorders is the three lens control rings, one each for focus, iris, and zoom. These are fly by wire so you may get the effect of movement in the camera after your hand has stopped turning a ring quickly. This is the nature of single-lens cameras. You might prefer an all manual lens but then you may lose the camera’s 5-axis image stabilization. I’d prefer to keep the 5-axis image stabilization. Too much wind in my life to keep a camera steady when shooting telephoto. 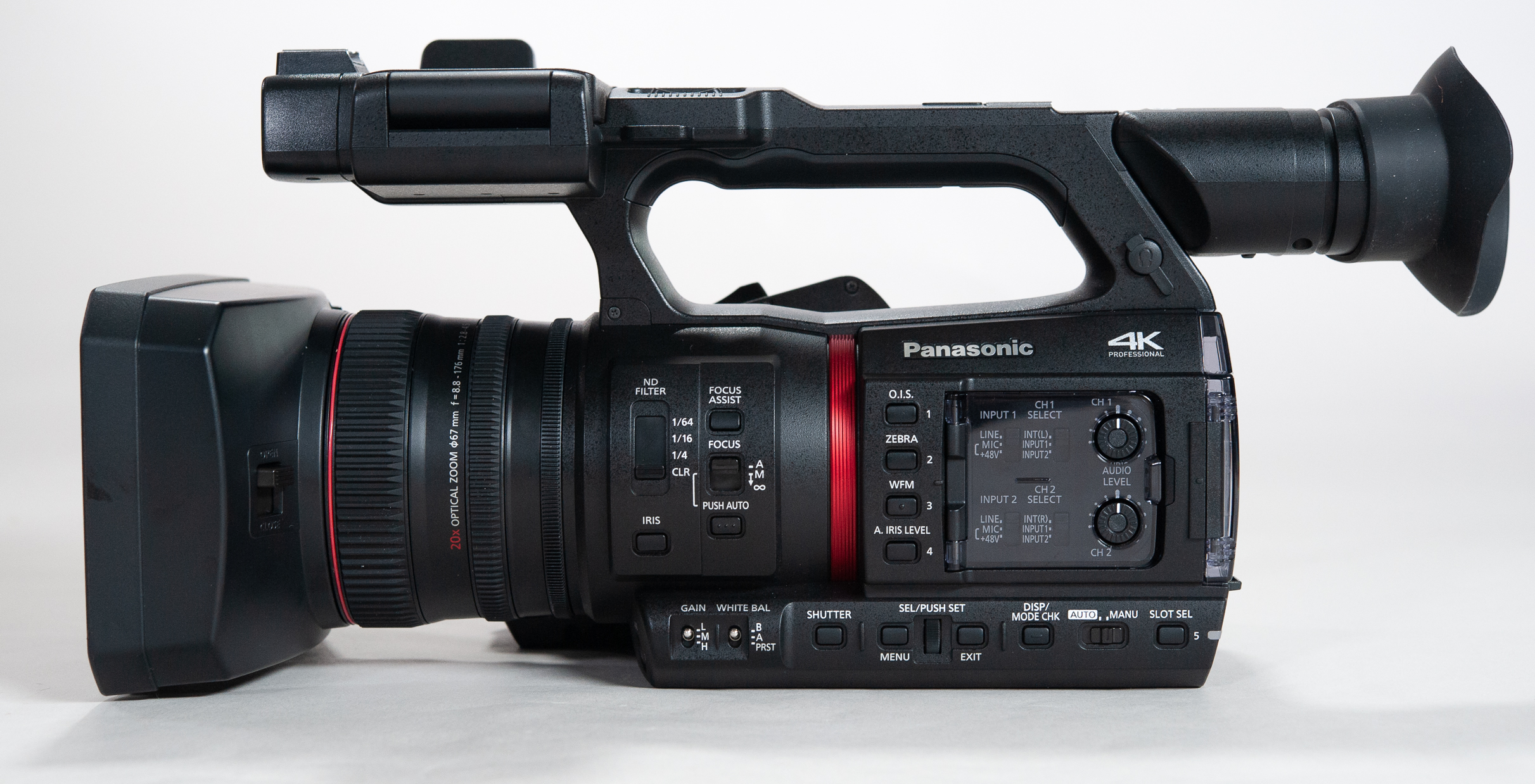 The OIS, optical image stabilizer, on the AG-CX350, has 3 settings and works in both 4K and HD. One is a standard stabilize and another is pan/tilt. I tried both of these in different situations. There was a third OIS setting I did not dive into for no reason other than a brain fart on my part. The pan/tilt setting seemed to smooth out my handheld tests of panning and tilting. If I moved a little too fast for the OIS the image could shift a touch after the pan or tilt was completed. The standard OIS took out wind bounce and worked as one would expect which is to make a shooter look like they have steady hands. Below you can see two examples of hand-held shooting while using the OIS. Both were shot in 4K.

Coming standard on many cameras are the ND filters. What’s not coming standard on a single-lens camcorder is the IR pollution I discovered on the AG-CX350. Will this show up in a real-world shooting environment?  It definitely could appear so shooters need to be mindful. The IR pollution appeared when I had the Panasonic AG-CX350 in the back of SUV and the camera lens was pointed at a black camera backpack. In this case, I had the heaviest ND filter in front of the sensor and the lowest possible Gain setting with the lens wide open. If you don’t want a reddish hue then maybe avoid this situation.

Autofocus. Well, I tested it and yet I rarely use it. I guess I kind of feel like a phony when I use autofocus. I know its all in my head. Anyway, my BS aside. In a situation I might use autofocus on a single-lens camcorder is when I am following a subject as they move quickly.  This was someone getting out of a car and grabbing their gear. From what I could tell the camera kept the subject in focus well. 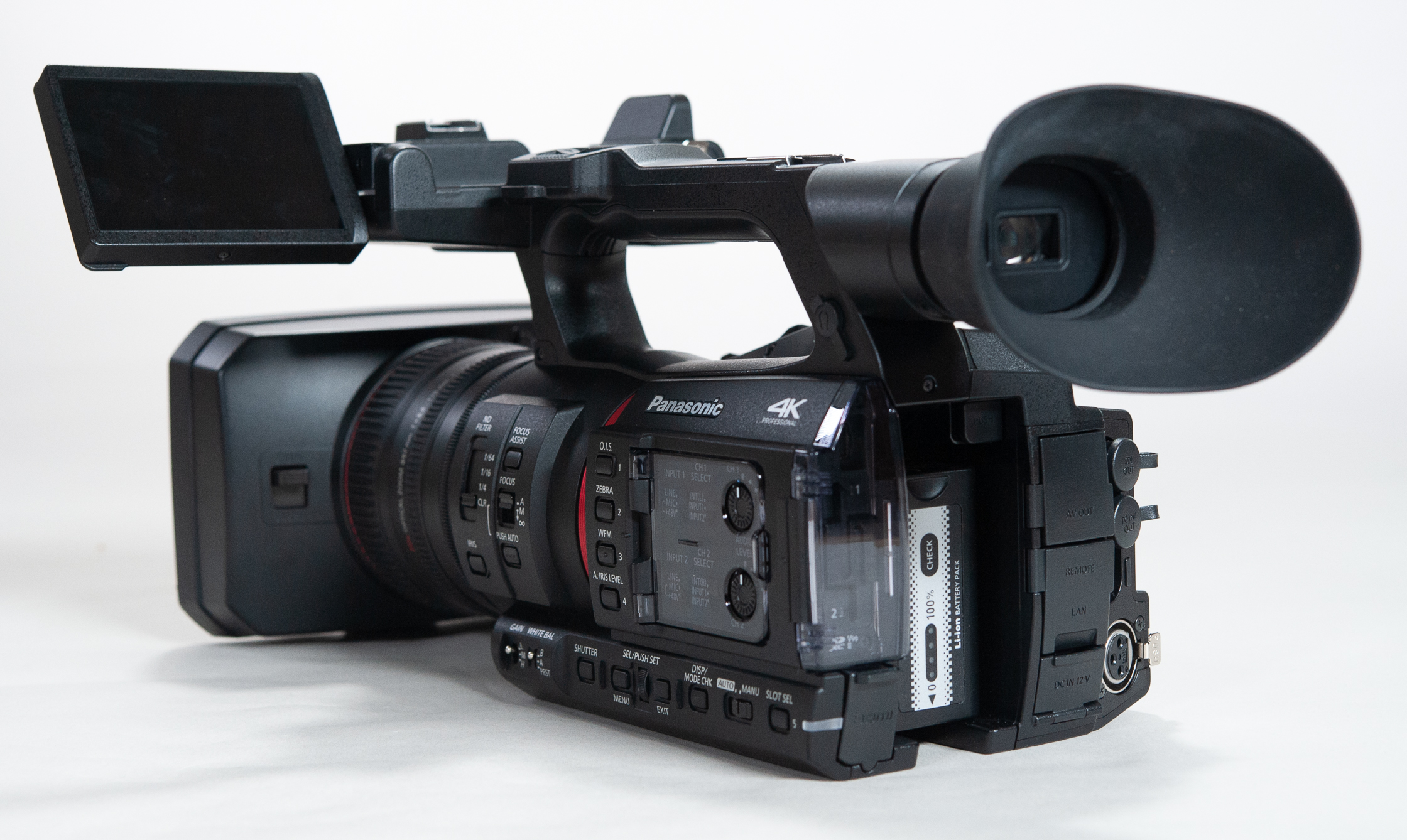 The AG-CX350 comes with dual SD card slots. Like many cameras with dual card slots, you can use the two slots for either relay recording, or simultaneous recording. The AG-CX30 does something special with its dual card slots and that is background recording. Background recording is when both cards record simultaneously, but the run/stop button will pause the recording on one card. This leaves a raw witness of a photographer’s entire shoot. This feature may be useful for journalists who have to attend council meetings or other lengthy government or judicial situations. If I were to use the background feature I’d use it this way. Start rolling as the meeting starts. Then I selectively roll on what I know I want to use with the run/stop button to pause the recording during the boring bits of the meeting. For those trying to make a tight deadline this feature, if used smartly, can put one’s selected SOTs or Broll on one card only and the entire meeting on another. I think it could speed up an edit for some.

While the AG-CX350 features SD card slots shooters can use a wide choice of media as long as it is fast enough to record 4K. Otherwise, the 4K option won’t be available. If you already have microP2 cards, the AG-CX350 can record onto them like an SD card but be aware that: 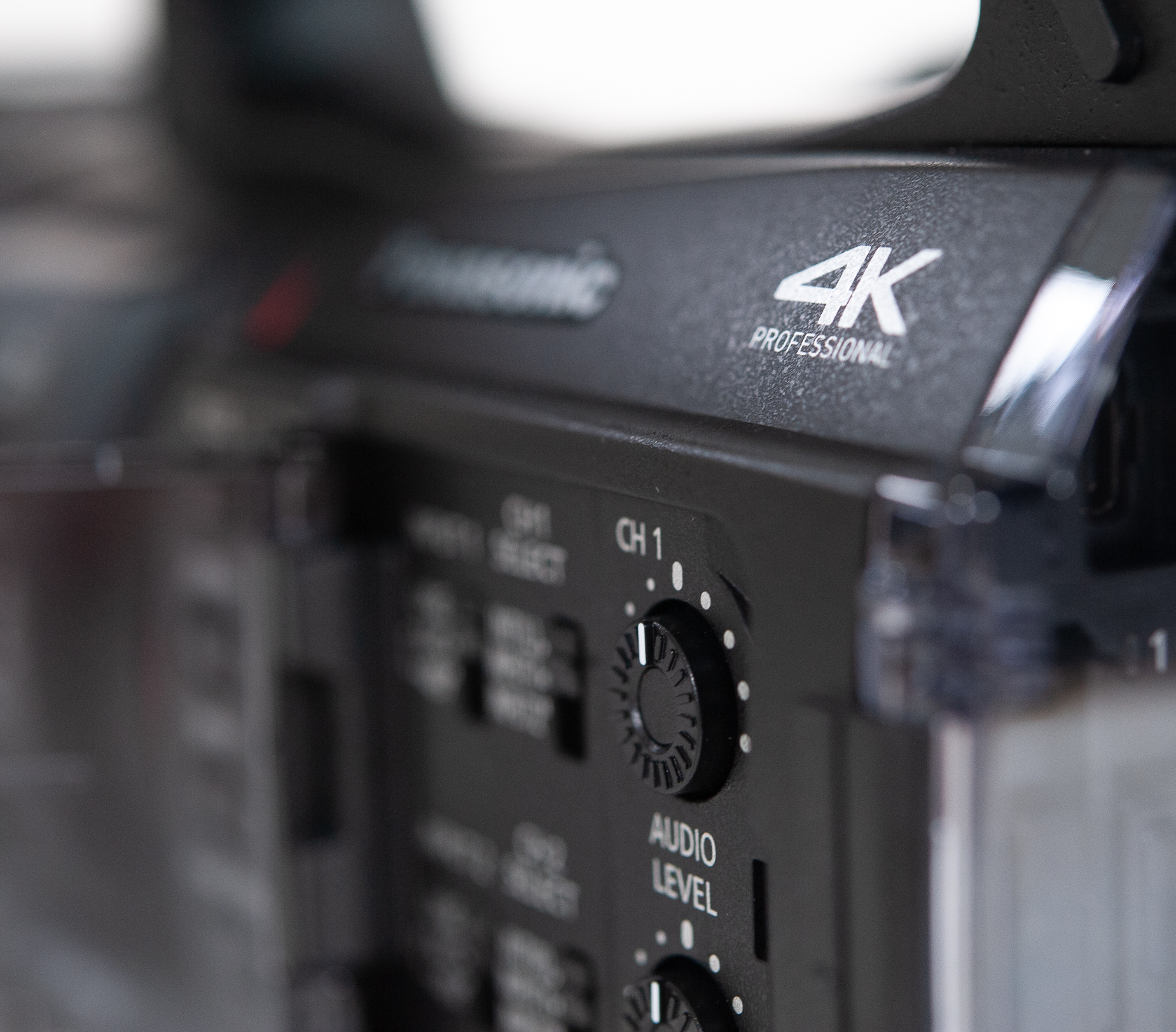 What I did not test was the wireless control from a smartphone or tablet. Why didn’t I test the wireless control feature? Because I spend a huge portion of my life with a camera in my hands and, well, I didn’t think about it. Hate me if you want. The CX ROP app for iOS/Android allows the following:

I didn’t use the touch screen right away. I didn’t use it until my 22-month old daughter started playing with the AG-CX350 during a photoshoot with her grandparent gifted dresses before she grows out of them. It helps to have a portrait photographer for a wife. Needless to say, the Touchscreen is so easy to use a 22-month old learned to use it. She learned it enough to start recording. I used it when shooting on a tripod and I wanted to change settings and not button dive because the button placement hadn’t been burned into muscle memory yet. The Touchscreen/LCD screen is only so big meaning the buttons on-screen were also a little small. But, its easy to use. Don’t sweat it. The buttons on the screen are great for making changes on the fly. 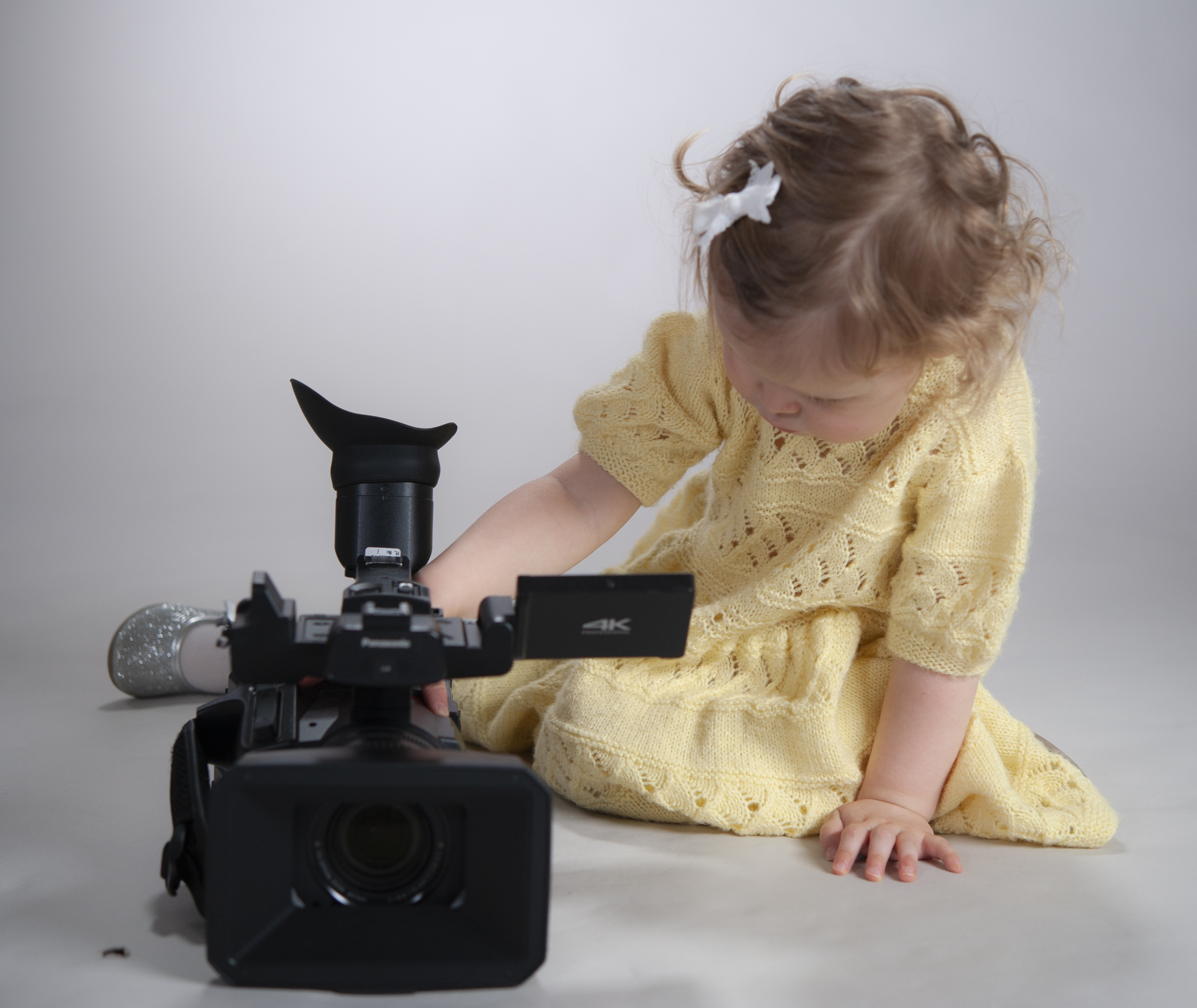 I have guilty of testing the visuals and ergonomics of this camera and completely expecting Panasonic to have acceptable audio. So, brain fart moment. In my rush to test the Panasonic AG-CX350, I did not test the audio or audio inputs. This is a failure on my part. Sorry to those who needed this information. I will say, I have yet to run into a Panasonic camera, or a Sony camera, with bad audio preamps or other audio problems. In my photographer focused mind, I just expect the audio to work as expected.

All in I believe the Panasonic AG-CX350 is a 4K, or more accurately a UHD, camera many broadcasters will love. The dynamic range and multiple gamma selections mean a group of cameras can be used together and their color can be dialed in to match well. The wireless features may be nice for some situations where an operator can’t stand alongside the camera and adjust it when needed. I felt like the color and contrast recorded in camera seemed very accurate. The build is strong with the exception of plastic inputs/outputs doors which I feel can break off if not treated well. For a big part of my testing, I shot with the AG-CX350 during a couple of weeks of rain and bad weather. I felt comfortable shooting a bit without a rain cover when the weather was just a mist. Should I have a rain cover, probably, and I suggest to not risk it with your camera. Just know there is quite a bit of camera in the price of $3695.00 for the AG-CX350. 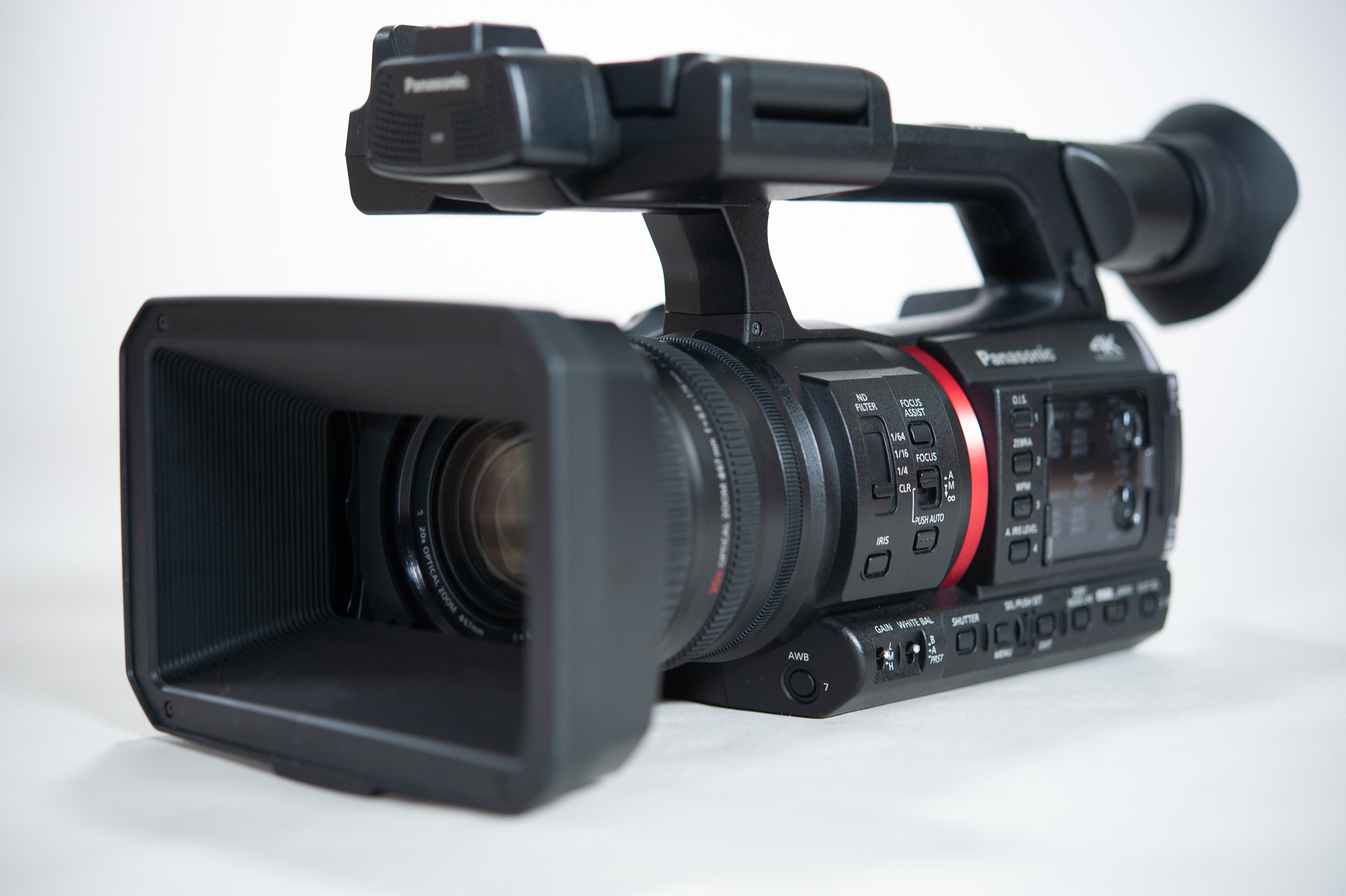 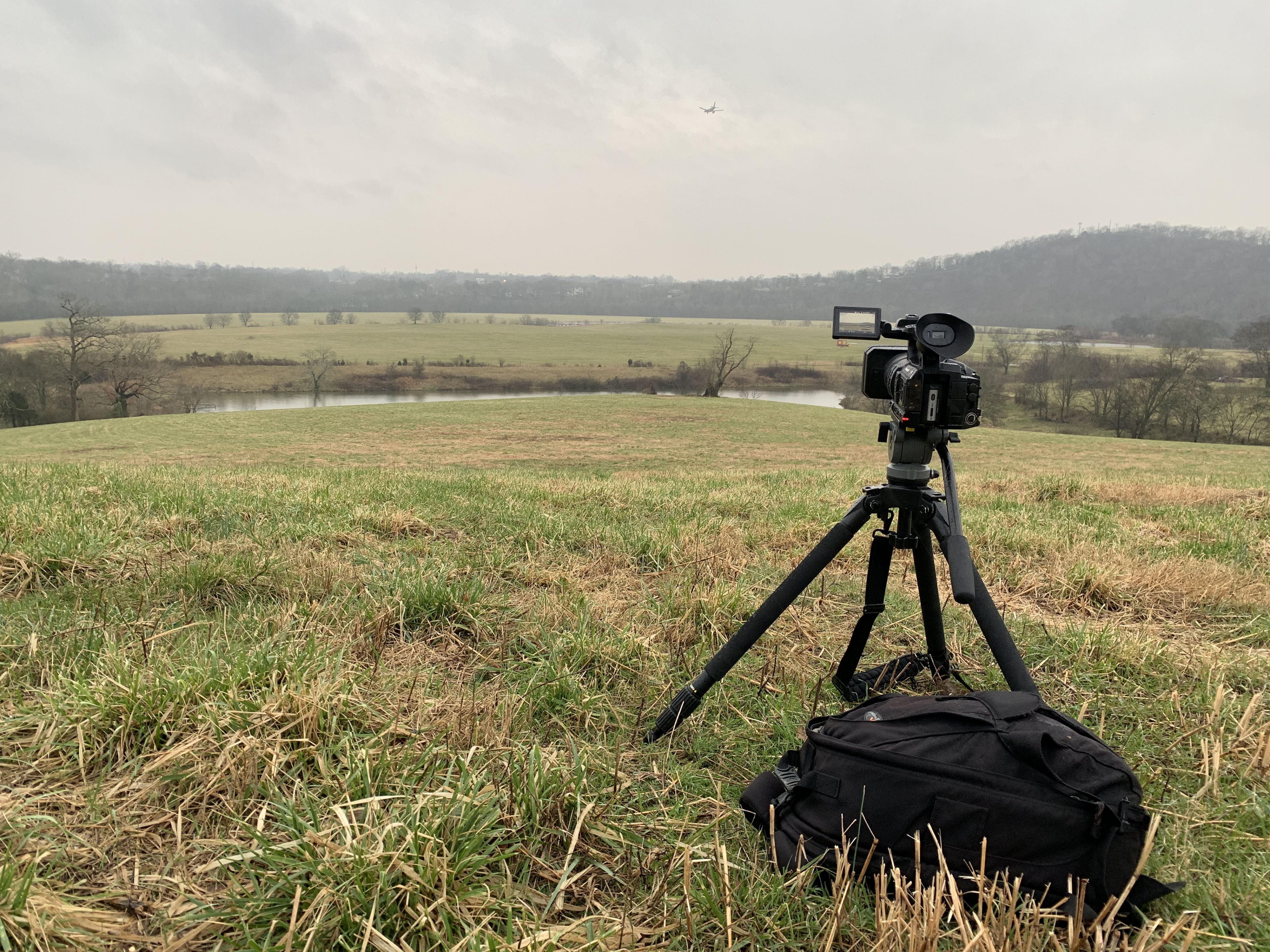