In other news: the emperor spotted wearing an invisible leisure suit. 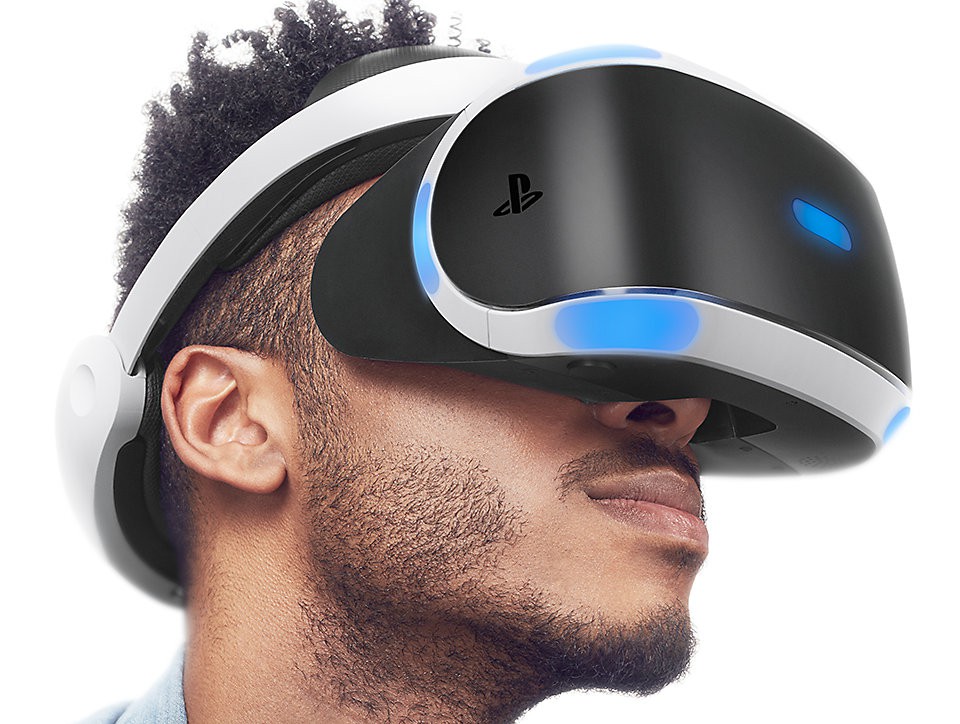 If you spent just a few minutes at NAB this year you would have picked up the three big themes: 8K, high dynamic range, and VR. While many are scratching their heads over who could possibly need 8K and others are struggling to notice the qualitative differences in HDR displays, anyone who’s spent a few minutes with a good VR demo seems to be suitably wowed.

Clearly, VR is cool tech. And as is always the case with a new distribution platform, executives of large media companies are scrambling to get the jump on the competition, make deals and hopefully bet on the right horse.

But in the midst of all this frenzied activity I have to ask: has anyone stopped to actually look at the business case for creating VR content? Because I have a sneaking suspicion that it just isn’t there.

Now before we go any further, let me clarify something: I believe VR for gaming is likely to be a huge success. It’s the level of immersion gamers have been dreaming of for years, and it’s affordable. And while I wish the moral fabric of America were otherwise, I suspect the adult entertainment industry will do well out of it too. But when it comes to narrative storytelling (scripted or “unscripted”), I’m left scratching my head as to how content creators expect to actually make money.

Let’s take a look at the entire production pipeline from production to delivery and examine the potential cost-to-revenue issues involved.

Filming theater in the round

One of the most frustrating elements of filmmaking is hiding the camera, lights and rigging. They show up in reflections, as shadows, or just poking through bits of scenery. And then there’s the crew–always hiding in plain site. I know, because as a VFX artist I’ve 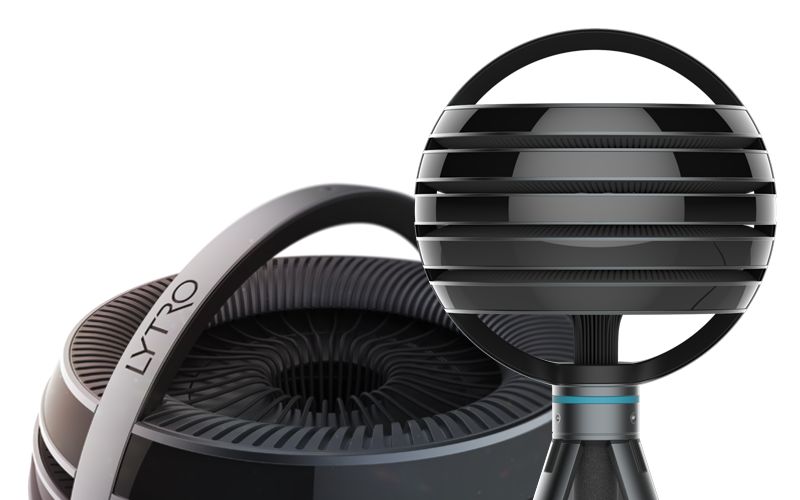 made plenty of money painting all this stuff out.

With VR there’s nowhere to hide things. Crew, lighting, flags, cookies, silks, C-stands, camera rigs–all exposed to the merciless 360°
view. Your options: shoot without lighting or crew, or paint everything out in post. The former is artistically spartan, the latter is prohibitively expensive.

OK, so you spend the money and create a summer blockbuster VR action flick. But now where do you distribute it? If you think your local movie theater is going to exhibit it, think again. The expense of purchasing and maintaining 200 VR systems for a theater full of people is way mor than any exhibitor wants to pay. And then what does that even look like? You need a space big enough to let people turn around a full 360°.

Then there’s the audience. How many people are going to go on a date that involves donning a make-up smudging, hair-style destroying headset and spending 90 minutes or more with the additional weight intruding into the experience? Not to mention making themselves vulnerable to a room full of strangers to whom they’re effectively blindfolded. Not exactly a safe environment. 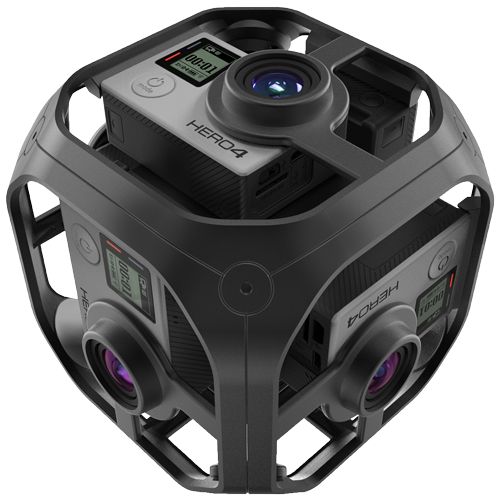 Am I overthinking things? Shouldn’t we look at this more like IMAX or stereoscopic: a VR version for a few unique locations while everyone else can watch the traditional 2D version? The problem here is that there is no 2D version. The methods of producing VR are fundamentally different to 2D cinematography. There’s no simple way to shoot a 2D version and a VR version at the same time. It’s not as simple as 3D where you can essentially just use one eye’s view.

You could try to extract a “director’s perspective” from the VR, but it’ll lack all the subtle lensing, framing and cuts that are the hallmarks of modern cinema storytelling. And you can’t just shoot VR and 2D at the same time–the 2D rig

will be exposed in the VR camera.

‘Well obviously,” chimes in the VR advocate at this point, “this is a new medium and it will require a new vehicle for consumption. The whole point is personal experience; it was never intended for a physical, corporate viewing environment.” 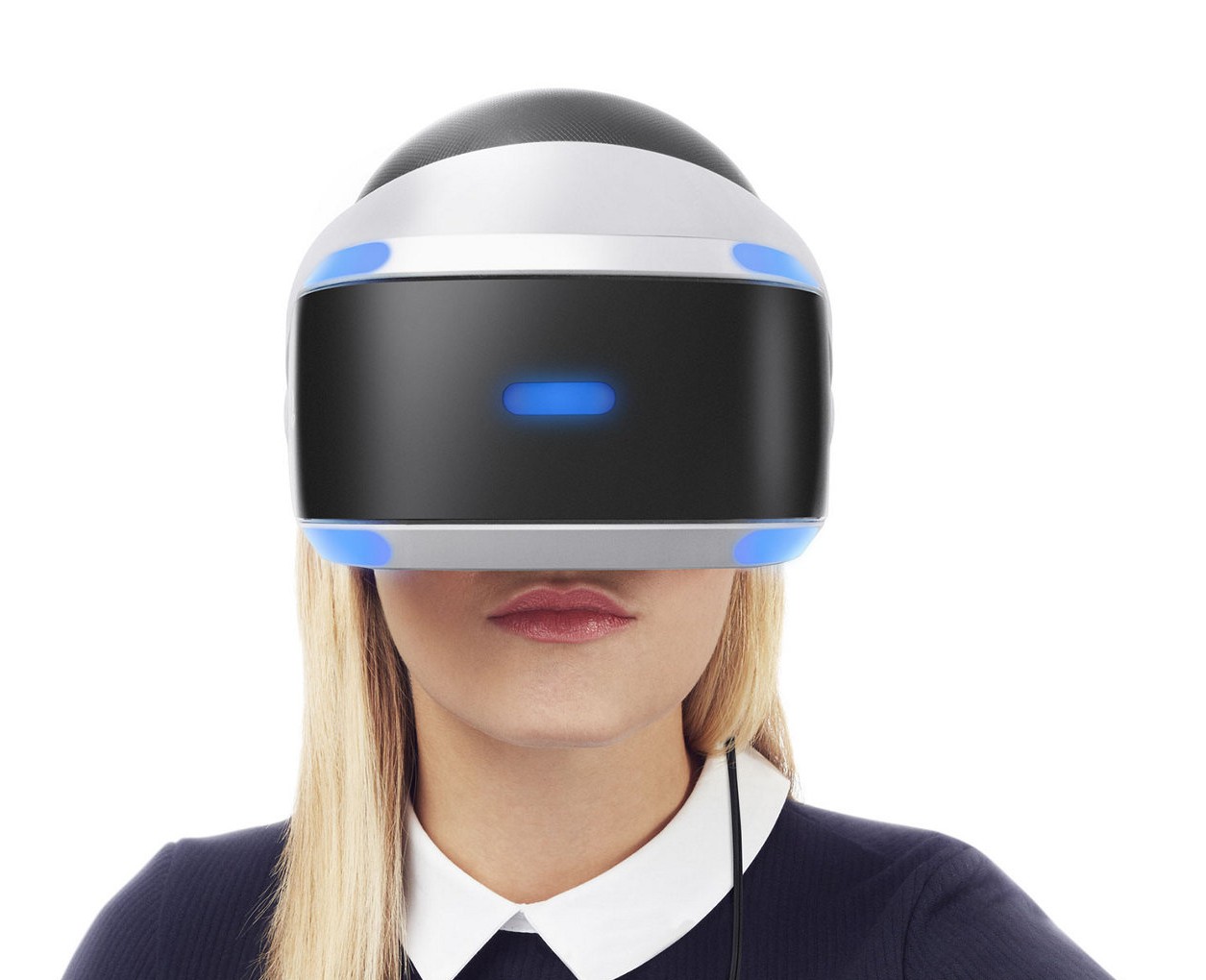 So if we cut theatrical distribution out (and any Hollywood financial advisor will tell you that’s the death of your profitability) that leaves us with the home theater market. On the early adoption side, the only reason you’re likely to have a VR headset in the house is if you have an avid gamer who has purchased one for playing the latest VR games. If you’re extremely lucky you may end up with two VR headsets or possibly a cheap Google cardboard-style interface (with all the added bulk that your repurposed smartphone adds to the experience).

So now what? Do all 4.5 members of the typical first world household serially watch the same movie rental one after the other? Do they even want to watch something that they can’t experience together? It’s certainly possible, though my gut says that it’d be a one week novelty that fails to become a cnsistent part of household media consumption.

So then, huge additional production expense and dramatically reduced distribution. Things aren’t looking so good for the profit margins…

Streaming nightmare
Then there’s the issue of getting this stuff to your house. Do you stream it, or do you put it on a shiny disc?

Recent research suggests that the human eye can perceive 16,000 x 16,000 pixels worth of resolution in a 90° viewing area per eye. And as far as refresh rates, there is a perceptual significance right up to 240 frames per second and beyond. Throw stereo VR into the mix (and you need to for an immersive experience) and that’s a lot of pixels that need creating every 240th of a second–over half a billion.

But that’s only the sliver of pixels the eye needs to see! Because VR allows the viewer to alter their vantage point we need to deliver the full 360° stereo image from which they select a portion based on their viewing angle. That 16K x 16K per eye? That’s only for a given head position. As soon as the observer so much as twitches we need to render the image from a different camera angle. To pre-calculate that kind of data we’re talking about around 4 billion pixels per frame, 240 frames per second. That’s a big number.

And that’s a crazy amount of data. A Blu-Ray can’t hold it and a consumer cable network (or even fiber) can’t distribute it. You could try sending a request through the cable head end for a specific section of the image and only send back to the viewer exactly that data that they need to see, but the processing latency will leave everyone with motion sickness.

Sports to the rescue–or not.

Champions of home theater market offerings usually turn to sports entertainment as the spearhead driver for new tech. After all,
everyone wants to watch the Big Game at the house with the biggest TV and the loudest sound system, right?

Well again, with VR you come up against the problem that it inherently lacks a social nature. “The boys” aren’t going to sit around watching a game with goggles on. They want to experience the game together, not in virtually separated environments.

And then there’s the problem with reverse POV. With sports for the most part you want to see the action from multiple angles around the competitors, not from one POV. At a boxing match you don’t necessarily want to be stuck in one corner of the ring when the action’s happening o
n the other side. Or worse: stuck watching a football game from the other side of the stadium. Could you cut between locations? Maybe, but whether the audience could stomach and track with such radical cuts remains to be scene.

What about attaching the VR rigs to the competitors? That might work for auto racing, but try that with any other sport and it becomes a sporting handicap to the wearer.

How about something like reality TV? It’s unscripted and the viewer is used to the intrusion of production equipment (since we know it’s reality anyway, the presence of rigging shouldn’t pull us out of the moment)–could this be the perfect success story for VR?

It certainly fits better than other offerings, but remember: unscripted reality TV is almost always scripted to some degree. And here again the communal aspect rears its head. People want to keep up with the Kardashians together. 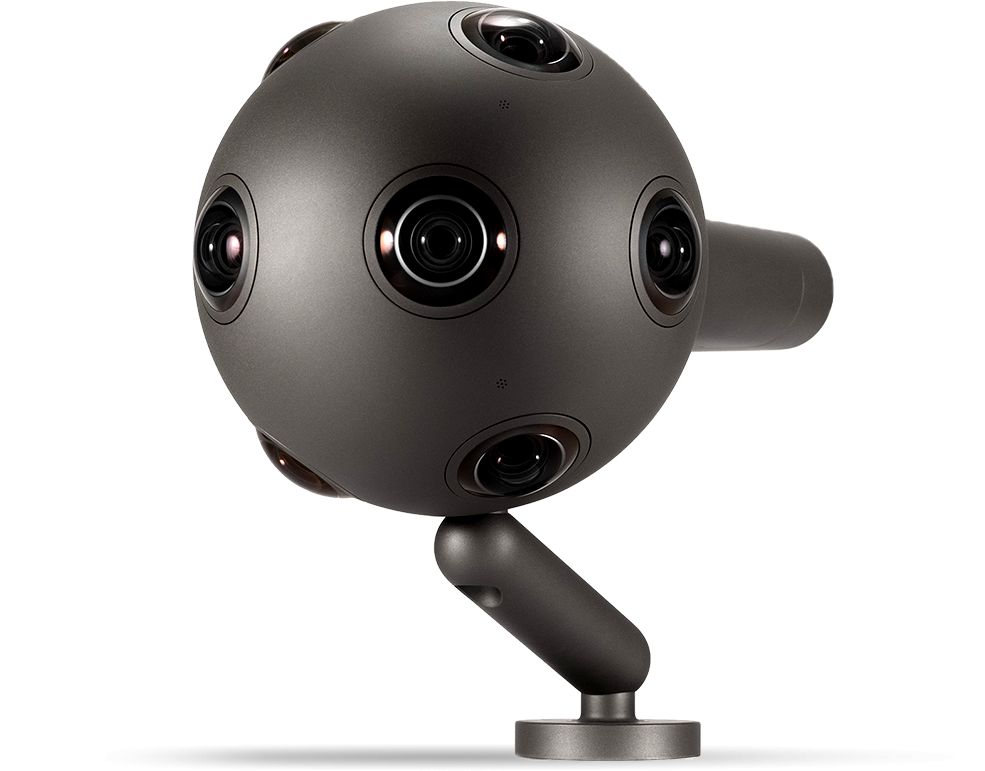 Finally, there’s the problem of post-production. Even the simplest things become difficult in VR. There are the technical issues–like figuring out how to correctly apply a blur to pixels that wrap around an equirectangular image format–and then there are the aesthetic issues–how do you edit when every cut is a jump cut?

So there you have it, the great problem of the information age: cool tech with no business plan. And if anyone can show how this thing is going to make us all gobs of money, by all means fill me in.

And don’t get me wrong: I
love VR. I’ve been working with it for a while now and I think it has huge applications in training, visualization, design and construction. Iff you want me to help you make your next VR movie, I’m more than happy assist. Just don’t ask me to get paid on the backend.