Affirming their commitment to the next generation of filmmakers and to the future of the film industry, Kodak and UCLA’s School of Theater, Film and Television (TFT) have announced Oscar®-nominee Dante Spinotti, AIC, ASC will be the 2012 Kodak Cinematographer-in-Residence for the spring quarter at UCLA/TFT. 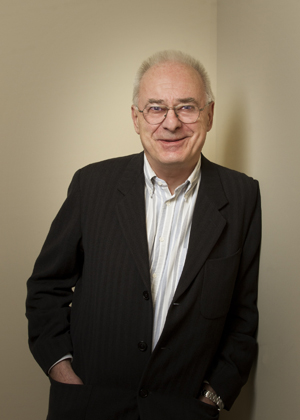 “It is an honor to have Dante Spinotti as this year’s Cinematographer-in-Residence at TFT,” says Professor William McDonald. “His experience, unique cinematic eye and dedication to his craft make him an invaluable mentor for our students providing them a once-in-a-lifetime experience and education. This is precisely Kodak and TFT’s goal with our exclusive program.”

The mentorship program will begin with a free screening of one of Spinotti’s most memorable films, The Last of the Mohicans, at the James Bridges Theater in Melnitz Hall on Monday, April 30 at 8:00 p.m. Spinotti won a BAFTA Award for his work on the 1992 film directed by Michael Mann, and the film received considerable praise and various other accolades. The screening is free and open to students, staff, faculty as well as the general public. A Q&A discussion with Spinotti will be moderated by Professor McDonald following the screening.

Spinotti’s U.S. career began in 1986 with his breakthrough visuals on Manhunter with Mann, and continues today with the recent release, Tower Heist, with Brett Ratner. He has compiled more than 60 venerable credits to date, collaborating with such ground-breaking directors as Bruce Beresford, Garry Marshall, and Michael Apted. His work with Curtis Hanson on L.A. Confidential in 1997 led to his first Oscar® nomination, followed by a second nomination for The Insider in 2000, on which he re-teamed with Mann. Both films also earned Spinotti ASC Award nominations, with an additional nod from ASC for The Last of the Mohicans. His body of work includes such memorable films as Crimes of the Heart, Beaches, Frankie and Johnny, Heat, Wonder Boys, Red Dragon, Pinocchio, X-Men: The Last Stand, Public Enemies, The Chronicles of Narnia: The Voyage of the Dawn Treader, The Berlin Affair, Fotografando Patrizia, Il segreto del bosco vecchio, The Legend of the Holy Drinker, and The Star Maker.

“What a tremendous experience these students will have with the incredibly talented Dante Spinotti mentoring them,” says Kodak’s Judith Doherty. “We’re so pleased with the success of this program over the years, as supporting the next generation of filmmakers is always a high priority for Kodak.”

The Cinematographer-in-Residence program was inaugurated by Professor McDonald in 2000 with the support of Kodak to enhance the learning experience of students with insight from renowned cinematographers. UCLA/TFT is the only film school that offers a cinematography residency program such as this, where students can receive direct guidance from cinematographers through screenings, workshops and one-on-one sessions over the course of 10 weeks.

For additional information about the April 30 screening of The Last of the Mohicans, visit www.tft.ucla.eduor call 310-206-8365. Admission is free. Parking is available in Lot 3. There is an $11 parking fee. A limited number of pay-by-the-hour parking spaces are also available in Lot 3.

Kodak’s ongoing support of student filmmakers and educators encourages excellence in the field of motion picture education. The company’s efforts include a range of programs that enrich knowledge and learning experiences in the art and craft of filmmaking. Initiatives range from scholarships, educational materials, and product grants to awards, seminars and workshops. Student film showcases and the annual Kodak Student Scholarship and Student Cinematography Awards also contribute to raising the profile and recognition of emerging talent. For more information, visit www.kodak.com/go/education or join Kodak on Facebook at http://www.facebook.com/KodakMotionPictureFilm and on Twitter at @Kodak_ShootFilm.

About UCLA School of Theater, Film and Television:

The vision of the UCLA School of Theater, Film and Television is to serve as a premier global interdisciplinary professional school that develops outstanding humanistic storytellers, industry leaders and scholars whose diverse, innovative voices enlighten, engage and inspire change for a better world. Consistently ranked as one of the top elite entertainment and performing arts institutions in the world, the School offers an innovative curriculum that integrates the study and creation of live performance, film, television and the digital arts. Our distinguished graduate and undergraduate programs include acting, directing, writing, producing, animation, cinematography, lighting design, set design, costume design, sound design, Moving Image Archive Studies, and offers PhDs in Theater and Performance Studies and Cinema & Media Studies. For more information, visit www.tft.ucla.edu