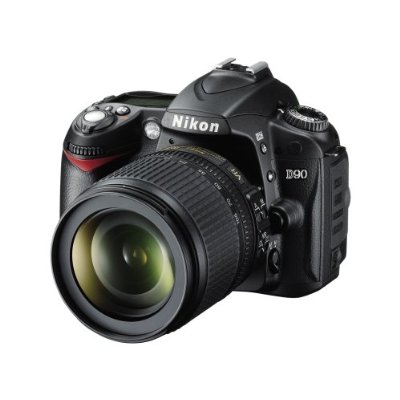 Nikon is about to ship their new DX format DSLR, the D90.

So why should you care?

Because it also shoots 720p movies.

Read on for the deets.

As a still camera, it is pretty nice, here’s the specs I care about from Nikon’s page:

I’d been planning on getting a nice DSLR anyway, in the DX format (since that is about the same size as my Red One’s sensor), and I’d been looking at the very well reviewed D300, but wincing a bit at the price (about $1600 for the body alone, no lenses).

I wanted to get one to get more hands on experience with shooting in RAW mode, and perhaps doodle with some with the Nikon mount on my Red One camera – perhaps try out some Nikon primes and see how they work, feel, and look.

I’ve been debating taking a photo/video safari to the Grand Canyon – I was looking at this to lug all gear: Petrol Bags PCBP-2N, but a D90 with the GPS recorder for a Recon Day, including shooting some stills and video, would allow me to shoot some samples with a decent idea of what lenses to bring back with the heavy gear later. (update – Gibby recommended this Tamrac 5258))

There’s been tons of conversation about this online, here’s a few good resources:

Stu Maschwitz at the ever-awesome ProLost has posted thrice on the subject, and drat it, he just wrote the summary kind of article I was getting ready to do next with most of what I was fixin’ to say.

Posts tagged D90 at Engadget, including some unboxing pics

There’s been some discussion on Reduser.net about how this may or may not affect Scarlet, Red’s smaller camera due out next year:

Stu nails the main concerns about usign this as a movie camera:

-only 720p, not 1080 – the sensor is waaaaay high enough resolution, the catch is the recording and processing

-no external audio input, mono only onboard

read the comments on Stu’s blog, some interesting stuff, as well as he has TONS of relevant links for those interested.

PS – for kicks I wrote up a bit on D90 vs Red’s Scarlet’s specs, planned for release early next year