Creative studio Nice Shoes highlights all of its services in its latest stereoscopic 3D project: a commercial for Sony and ESPN. 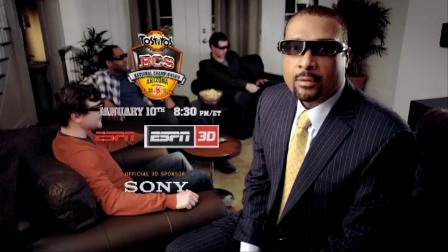 New York-based creative studio Nice Shoes expands its 3D workflow in its latest stereoscopic 3D endeavor, a new spot for Sony and ESPN that showcases all of its services.

In the humorous :30 spot “Impressive”, a group of men arrive to a friend’s house to watch ESPN’s broadcast of the BCS National Championship Game in 3D on his Sony HDTV, only to find that he has renovated the entire place to enhance the viewing experience. 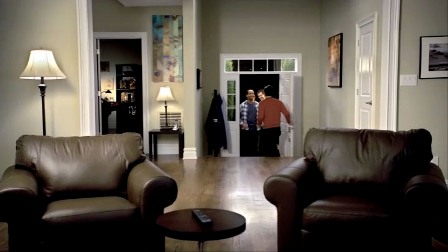 Color grading was performed on Nice Shoes’ Baselight platform, offering a tool set for stereoscopic 3D color correction and geometry fixing. The software, along with a suite of tools developed in-house by Nice Shoes, has helped producers streamline its stereoscopic pipeline.

According to senior producer Pat Portela, Baselight is ideal for sharing files and, when combined with Nice Shoes robust shared network, enables the producers and client to view, approve, and tweak cuts quickly. “Never at any point was the client held back by the technology or the process of 3D,” she says. “They had time to make creative decisions and the technology was there to back up those changes.”

By handling all facets of the finishing work, Nice Shoes was able to mobilize all its departments to move seamlessly between the 2D and 3D versions each time Sony or ESPN needed a revision. 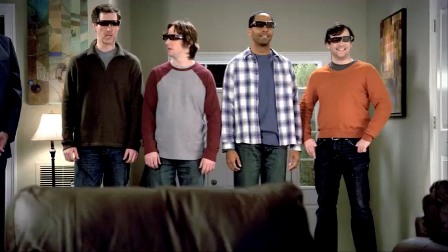 “It worked well that we were controlling every aspect of the job, so if there was a change to the logo, for example, we could affect that change quickly in 3D and immediately integrate that in the 2D version as well,” says creative director Aron Baxter. “It would’ve been a lot more problematic if we’d only done one element of the job. It really enabled us to reassure the client that we could deal with making adjustments on the fly.”

“Having so many talented artists and advanced tools in-house enables us to give our clients full attention and anticipate their needs. We’re also able to pursue creative endeavors like our own original stereoscopic 3D film that is being produced entirely at Nice Shoes,” adds Baxter.