Various alternatives for getting two cameras pointed in the almost the same direction. 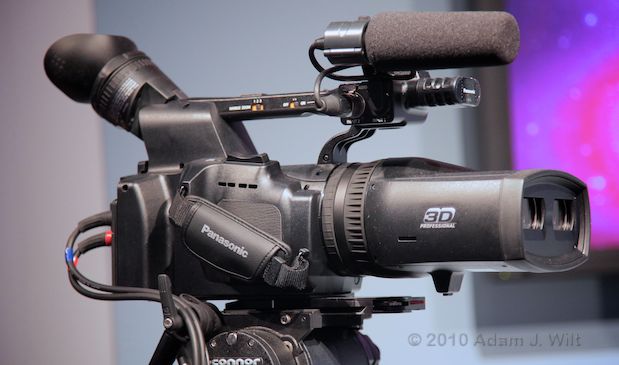 NAB showed that there are quite a few different ways to shoot stereo 3D. A lot of the buzz was about the Panasonic AG-3DA1 camcorder shown here, and rightly so: few other rigs come close to having anything like the usability of a standard, single-lens camcorder. 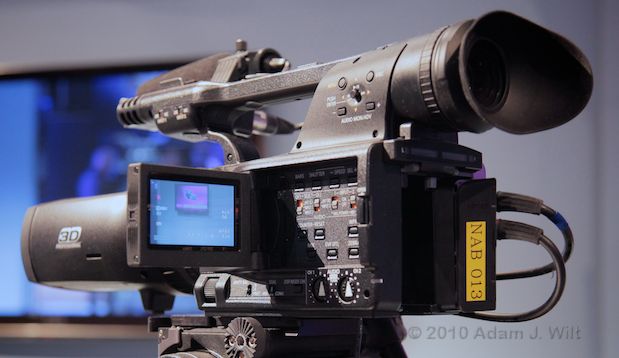 The 3DA1 has dual SD card slots below the EVF, and dual HD-SDI outputs.

Prototypes of this camcorder, using dual 1/4″ 3-CMOS chip blocks and twin synchronized side-by-side lenses, could be found all over the show floor, not just in Panasonic’s booth.

At the Panasonic booth, 3DA1s were wired to passive 3D displays, so one could experiment with varying convergence settings. The cameras continuously monitor the two lenses and their distortions and keep them aligned; the show-floor cameras did excellent jobs except when the zoom rocker was mashed: one lens tracked the zoom, while the other momentarily blurred during the zoom. Some work is still needed before the cameras ship in the fall for a cool $21,000, but they’ve already come a long way from the demo at the HPA Tech Retreat two months ago. 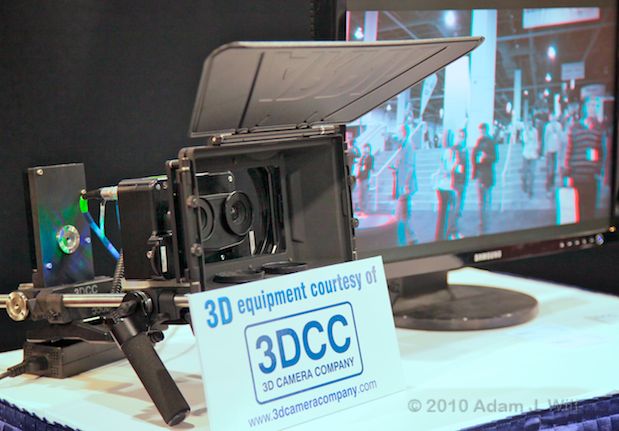 This little rig was being used to demo 1 Beyond‘s “Wrangler Dude” dual-stream recorder. 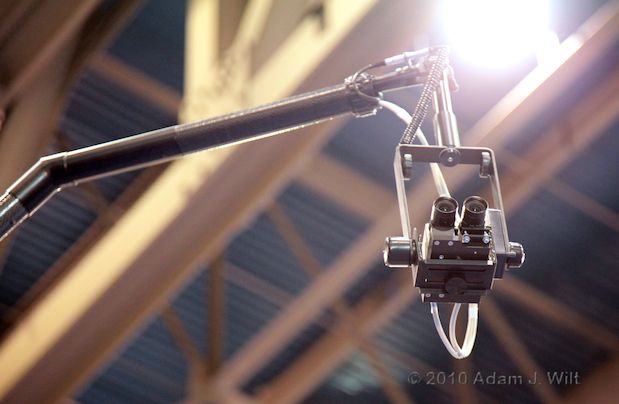 If you’re using small-format box cameras, you can shoot side-by-side. Of course, you have to be very careful about alignment and lens matching, but it can be done. 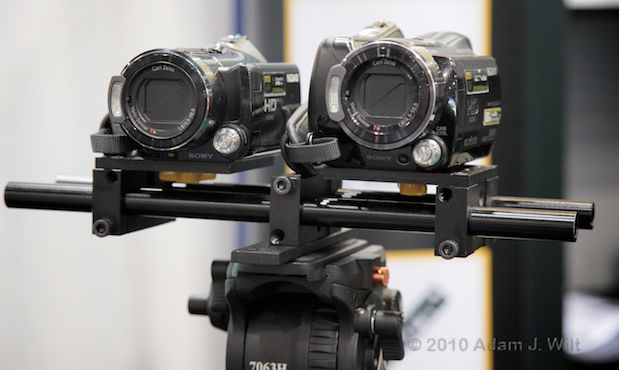 Ikan‘s Elements line of low-cost cheese plates, cheese sticks, rails, and other mounting bits was used to assemble this side-by-side rig, unique in using two entirely different camcorders. Keeping the two cams pointed in appropriate directions, never mind synchronizing them and tracking their two lenses, is left as an exercise for the viewer (hint: do not try this at home!). 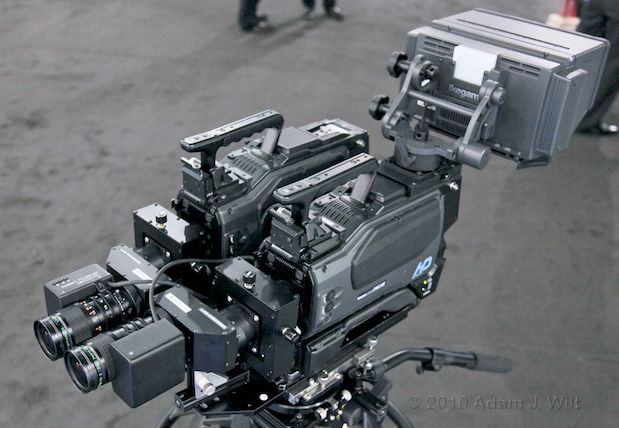 How to shoot side-by-side when your cameras are too fat.

This setup at Ikegami’s booth shows one solution to the problem of shooting with a tight interocular when your cameras are too big to sit close enough together: relay-lens periscopes. These 2/3″ broadcast cams, fitted with carefully-matched zooms, allows large(r)-format imagers without the bulk of a beamsplitter rig. 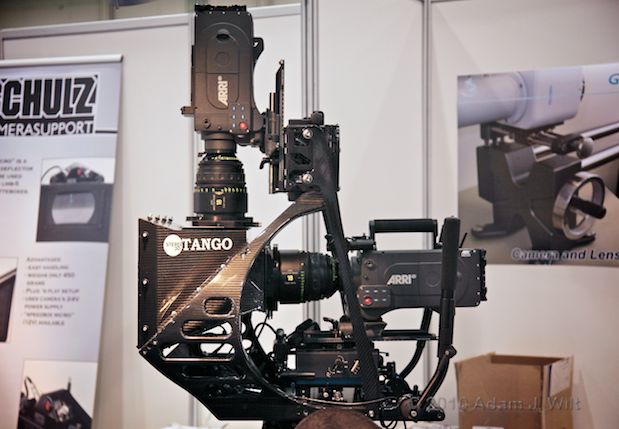 But as your imagers (and their lenses) grow larger, eventually you may need to go to a beamsplitter (a.k.a. mirror) rig.

This molded carbon-fibre Tango rig is perhaps the most elegant-looking such setup, though this image is cleaner than most because, you’ll note, there are no power, video, lens-controller, or other connections running to the cameras.

Once you add all that extra gumpf—focus/iris/zoom lens motors, control boxes and cables for the motors, L/R synchronizer boxes, video and genlock and start/stop cables, monitoring, convergence and interocular servos and controllers—the rigs get a lot more complicated. It’s hard to show in still images, so I’ve got video walkarounds of some beamsplitter rigs.