They’re just a bunch of buttons but boy do they look handy.

I know I probably shouldn’t get excited by something as simple as a bunch of buttons but I have to say that one of my favorite things that I saw at the 2013 NAB show were the X-keys Sticks from P.I. Engineering. These things are just a strip of 4, 8, or 16 buttons that I envisioned as an extra set of function keys. I know it seems silly but boy did I immediately see a big use for something like that. I’ve tried so many different input devices over the years but nothing seems quite a nice as buttons. 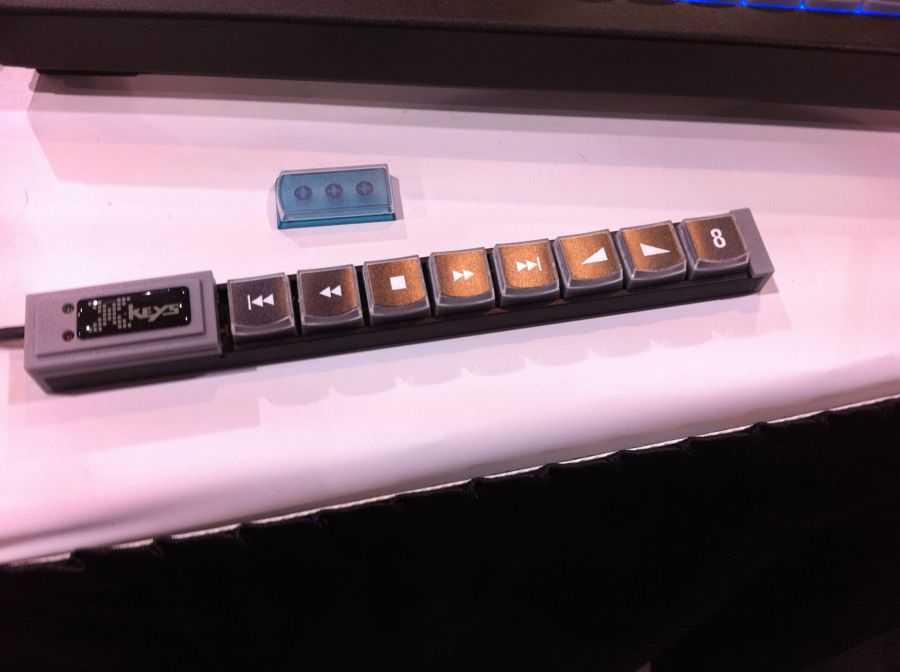 At its simplest, a small strip like this 8 key unit could fit anywhere on a desk.

The Sticks aren’t the only thing like this that P.I. Engineering makes. In fact from the looks of their booth buttons may be their speciality. 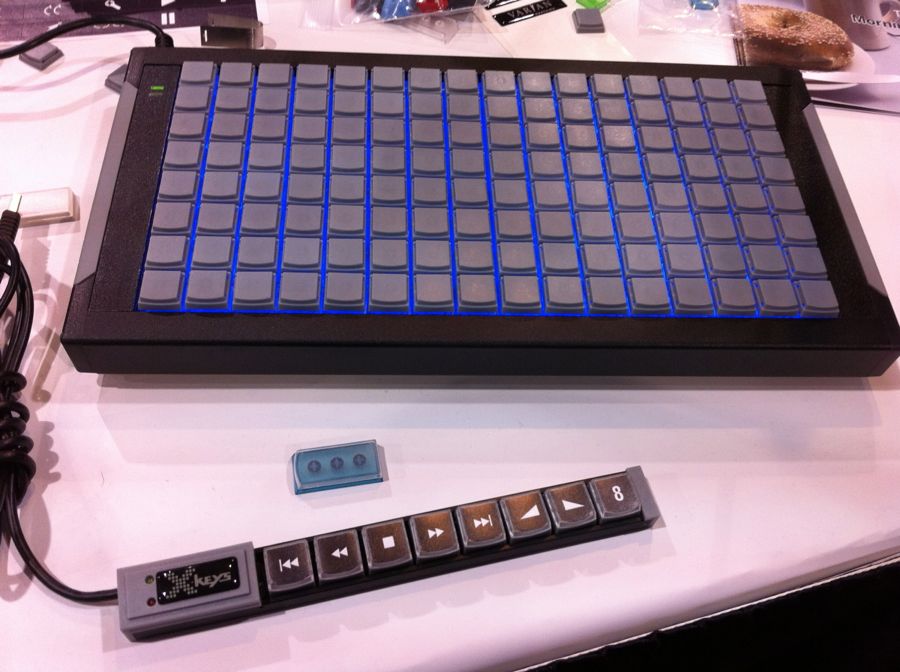 That big one above … yea that’s a lot of buttons. Also notice the blue backlight.

This 16 key strip is probably the one I'd be most likely to want to use. And the strips are right at $100.

They have a number of button only units that run from their most popular 24 button model up to an 84 key one. They even have a jog / shuttle wheel and a device with a little joystick. I had never seen a control unit with a joystick so I immediately got to thinking about the possibilities for that within an NLE but the guys from the booth told me it’d probably take some programming skills to make that work for some reason. 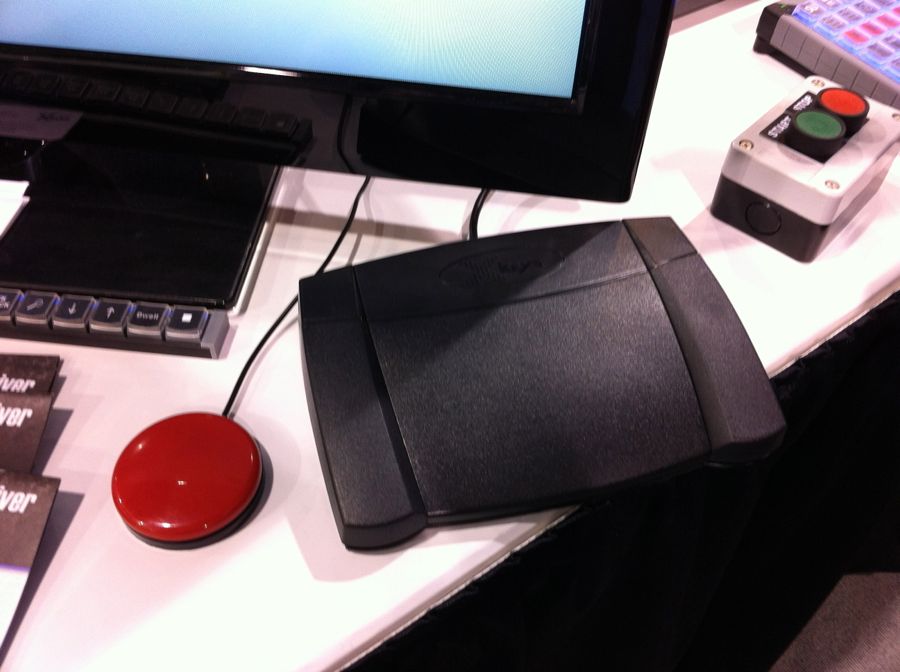 The other intriguing thing they have is a foot pedal. Is it insane to think about using a foot pedal control while you’re editing? Maybe.

X-keys has their own software control panel for making these tools work. That’s MacroWorks 3 for Windows and ControllerMate for Mac. I’m not sure how difficult or easy that might be to set up but you can take a look at it here. 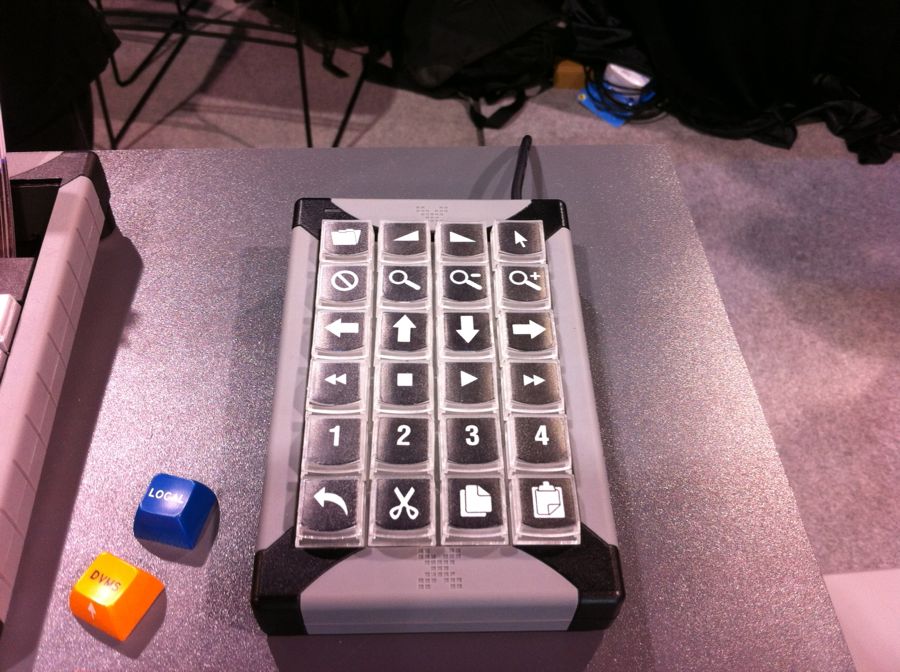 As I look at all of their products I keep going back to the sticks as being the most useful product of the bunch. I make such extensive use of the F-keys while editing it sure wouldn’t hurt to have another set … in fact the product guy in the X-keys booth said one nickname for the stick products were “more effin’ keys.” I guess I could just look for some custom keyboard with another set of Function keys but then I’d have to give up my Apple keyboard which I love to type on. That and one of the only keyboards I found with extra F keys looks like this.