Believe it or not I think tiny little PluralEyes 3.0 is the NAB 2012 product I’m most looking forward to using. 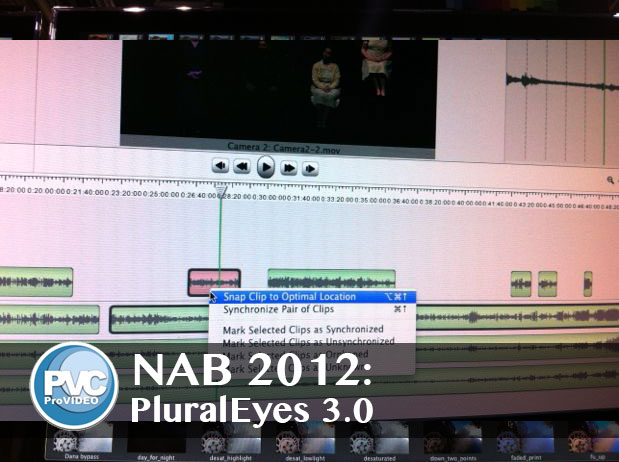 One of my favorite products being shown at NAB 2012 is the upcoming PluralEyes 3.0 from Singular Software. Many of use have been using PluralEyes for a lot of years now in all of our NLEs but when PluralEyes 3.0 ships, probably this summer, you’ll see a totally different and cleverly redesigned application.

People often call PluralEyes a plug-in for the various NLEs it supports but it has always been a standalone application that integrated with its host application by import/export of timeline data. Create a timeline, stack up your video and audio angles and PluralEyes will use an XML or AAF from your host NLE depending on what you’re using. It sends a new XML or AAF back into the NLE that is the timeline in sync. 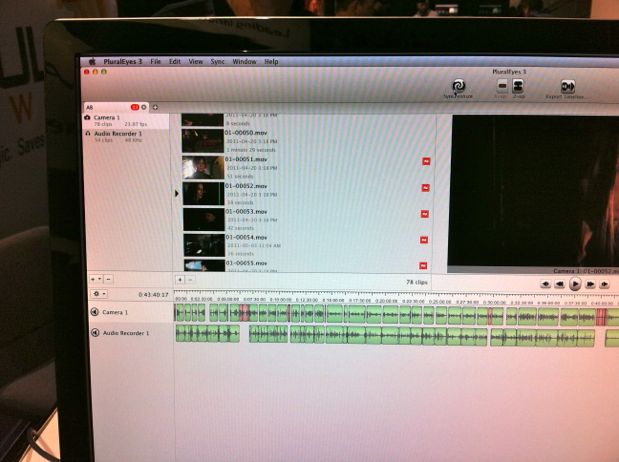 The new PluralEyes 3.0 is a new interface with its own viewer and timeline.

It works quite well but for version 3.0 of PluralEyes they’ve remade it into a totally different application. That means PluralEyes is more than just a dialog box with a few settings. It now uses its own timeline, it’s own viewing window and all your syncing, slipping and adjusting can be performed right in the application. When you’re done then export to the desired NLE. 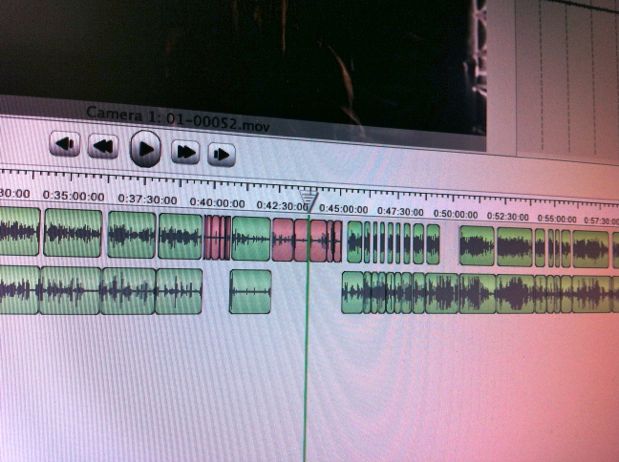 The new timeline will show what is in sync as well as mark what it didn’t sync in red.

All the usual NLEs will be supported. This was a technology preview of PluralEyes 3.0 (thought it seemed quite polished) and Singular Software wasn’t certain how they would be packaging all the different versions. Many of us use more than one NLE these days so hopefully we won’t have to install a separate instance of the new PluralEyes for each application. It feels like an in app purchase of more functionality would make good sense so I hope that’s the way they go.

Watch the video below and you’ll see one of the coolest things about PluralEyes 3.0. As it begins its syncing operation the media will begin shuffling around in the timeline and little yellow arrows will pop up and disappear to show where PluralEyes is currently working.

PluralEyes 3.0 will show the user exactly what’s going on the timeline as it syncs

It was very fast in the test media they were demoing at NAB and the Singular Software claims syncing 10 to 20 times faster than the old version. As someone who has synced a lot of PluralEyes sequences I’ve always wondered exactly what it is doing so it’s very cool to see it happen. 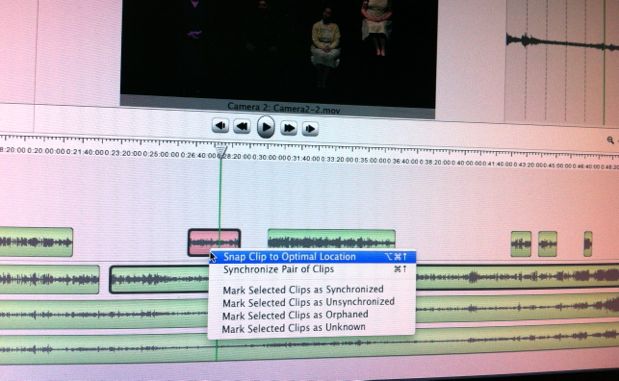 There are tools to use on clips in the timeline to help PluralEyes along when syncing.

When it’s done any waveforms it couldn’t sync are in red while synced clips are green. You can then manually slip,slide and correct sync before exporting a list or sending the data back to the NLE. There’s also contextual menu options on the clips to help keep things in order as well. There should also be some tools for adjusting for sync drift as well. As one who works on a lot of live shows I’ll be very interested in that.

Another things that Singular Software CEO Bruce Sharpe told me (I hope it’s okay to share this info Bruce!) is they are looking at a way to allow the Avid Media Composer version of PluralEyes to automatically great a group clip after a syncing operation the way it does in Final Cut Pro. I hope, I hope they can make that work. 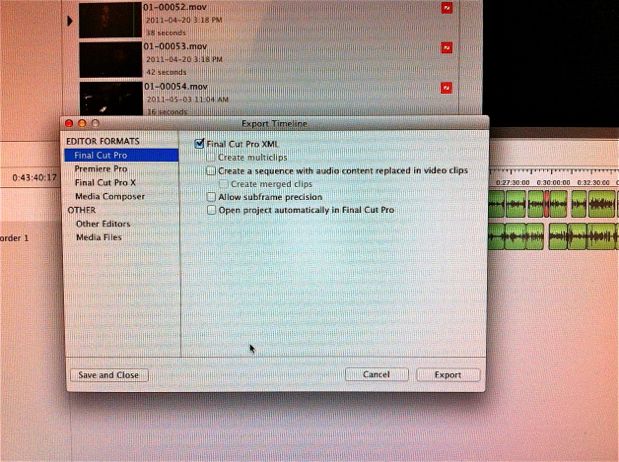 When you’re done send the data back to your NLE of choice (depending on which version you might have purchased).

Expect a beta of the PluralEyes 3.0 soon with a shipping version later in the summer. I forgot to ask about pricing but the current version is $149 each.