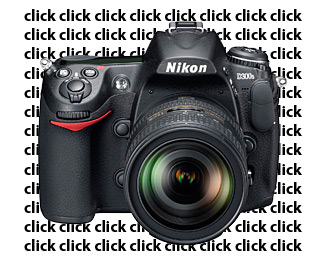 So I got my D300S, and I’m having a lot of fun with it. One of the major features that grabbed my attention was the ability to shoot up to 8 frames a second with it. Asterisk – with extra gear. It also has two memory slots – one for SD/HC, one for CF. Other asterisk – it only “sustains” that frame rate until an internal buffer is full. Then the buffer has to clear by downloading to the memory cards, and only THEN is it ready to shoot a full burst again. You can shoot a partial sustained burst before the buffer clears, but as many shots as until the buffer is full again. I figured I’d doodle around and see what differences might exist with all this. Read on after the jump.

First, a little overview, stolen from my other article on Nikon D300s vs Canon 7D (if you already read this, skip down to “new stuff”):

“-7fps is great, but when they say “sustained” there is an asterisk – at RAW, 7fps is good for 12 consecutive shots, then the frame rate plummets. This even with 30MB/sec capable memory cards. Doodling around, dropping to JPEG instead of RAW,

My takeaway? You might as well shoot RAW for flexibility in post unless you REALLY want a longer contiguous run AND don’t care if the images are barely bigger than 1080p (small is 2144×1424). Then again, you can fit over 10,000 JPEG Basic shots on one 8GB SDHC card.”

With the MB-D10 grip ($260), I can get 8 instead of 7fps. But in order to get 8fps, I need the $120 EN-EL4A battery – ugh! At least Pearstone offers an $80 battery. Argh – $350-$400 for an extra 1fps and ability to hold sideways? Probably not worth it, but I already ordered it…UPDATE – it gets even uglier than that – OK, so for $1800 you get 7fps. Want 8fps? Buy the following:
MB-D10 grip – $260 (which is a solidly built piece of kit – includes shutter release, primary/secondary dials, AF button, and a secondary joystick/button)
EN-EL4a battery – $120 (Pearstone makes an $80 compatible battery)
but wait, that battery doesn’t fit in the grip, you need the $30 BL-3 adaptor that fits onto the end of the battery and locks it into the MB-D10
But wait, you can’t charge that battery without the $130 MH-21 quick charger for that style battery (Pearstone makes a non quick charger for $35, I ordered that one on the “Enough is enough!” basis)

OK, on to the new stuff:

switching to backup mode with CF as primary for RAW (so SDHC gets a copy as well) – 38.9 – so yep, about twice as long – think twice before using!

using a generic SD card I’ve had for years for my little Canon Digital Elph camera, shooting a RAW burst of 12 shots (same as above) took 43.5 seconds to record to the card.

In Summary, for those (like me) who didn’t know: the speed of your memory storage for your D300S (and presumably similar cameras) does NOT affect how many shots in sustained burst, nor the frame rate of the burst – the shots are all going to an internal buffer. The ONLY thing it affects is how long until you are ready to shoot another full burst. My faster media (SDHC) was more than twice as fast as my slower/older media (SD). BUT – in a pinch, this camera CAN use those SD cards.

Also, the internal write speed to media seems to be at or below the 30 MB/sec of the SDHC card – since the 45 MB/sec rated CF card was exactly as fast as the 30 MB/sec SDHC, clearly the limiting factor is the bus of the camera – it isn’t as fast as the faster memory card.