Never before has the jungle where Tarzan lives had so many computer generated animals. Rodeo FX completed nearly 200 visual effects shots for The Legend of Tarzan, including action sequences with CG hippos and crocodiles. 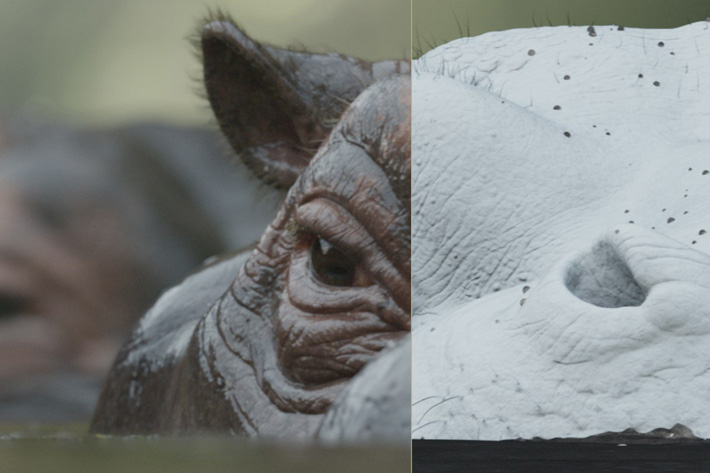 The new Tarzan movie from Warner Bros. is a film about the return of the hero to the jungle, but many of the scenes that look as part of a nature documentary… were created with computers.

The level of action you see in The Legend of Tarzan would not be possible to achieve in Warner Bros. previous film, Greystoke: The Legend of Tarzan, Lord of the Apes, from 1984. Now, 32 years later, the studios have decided to embark in another version of the film, but used Rodeo FX to create many of he visual effects that audiences will enjoy.

Directed by David Yates, and starring Alexander Skarsgård and Margot Robbie, Tarzan follows the title character, now living in London under the name Lord Greystoke, as he and his wife Jane return to the Congo on a government trade mission. When Jane is kidnapped, Tarzan returns to his roots to lead his animal friends on a rescue mission.

According to IMDb, actor Alexander Skarsgård said one of the main reasons he took this role was to impress his father. He said, “My dad is a massive Tarzan fan. Growing up, we had these VHS cassettes of the Johnny Weissmuller films and that was my introduction to the character. But those films are seventy years old and so much time has passed that I think mine is a fresh take. I’ll never compete with Johnny Weissmuller, but I just wanted to impress my father. He was thrilled; he was more excited than I was.”

The action scenes in The Legend of Tarzan are really exciting, but you’ll be glad to know that thanks to the magic of computer generated images, actors were never in danger… and mostly never saw the creatures they are faced with in the final movie. All was done with the magic of green screens and computers.

In fact, Rodeo FX completed nearly 200 visual effects shots for The Legend of Tarzan, including action sequences with CG hippos and crocodiles, where realistic water interaction was critical for the success of the shots. The studio’s VFX work helped lift these animal sequences to a level where they look like scenes from a nature documentary. This is the first major production on which Rodeo FX has created CG creatures, adding to its repertoire of VFX skills.

Rodeo FX, which  soon will celebrate 10 years creating magic, employs more than 350 VFX professionals – talented artists, experienced programmers and managers who are passionate about their craft – with offices located in Montreal, Los Angeles and Quebec City. The company provides award-winning, world-class visual effects services, and works with clients in cinema, primarily Hollywood studios, and in television and advertising. You may not know them, but you’ve seen Rodeo FX talent in nearly 80 feature films such as Unbroken, The Walk and Deadpool; to the popular HBO series Game of Thrones; and to several leading advertising campaigns. 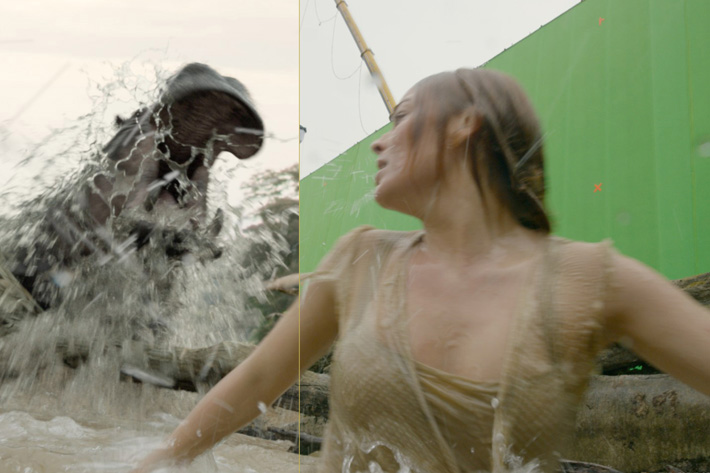 For The Legend of Tarzan Rodeo FX created environments for the London set pieces, which involved 2D matte paintings, CG set extensions, and added CG vegetation. For scenes aboard a paddle steamer that were shot against a green screen, they stitched together background plates from a six-camera setup of scenery in Gabon. But it was the CG creature work that was the most challenging – and rewarding – aspect of the project.

From life-like hippos to crocodiles, the immense bestiary of this new Tarzan movie was created in CG. Along with butterflies and leaf cutter ants, Rodeo FX created a pod of hippos, including one ‘hero’ hippo that attacks Jane, as well as a bask of crocodiles seen in the final sequence of the movie.

“Because we built our creature pipeline from scratch, we had a great opportunity to do it right without legacy tools or workflows,” said Mikaël Damant-Sirois, CG supervisor at Rodeo FX.

Yates, along with his production VFX supervisor, Tim Burke, wanted the hippos and crocs to look aggressive and daunting, taking their cue from real animals filmed in documentaries. Visually, the animals were based on references of specific species of hippos and crocodiles and the team at Rodeo FX had complete freedom to develop the narrative aspects of these creature scenes.

Rodeo FX built skeletons and muscle rigging, skin, fur, and scales for the animals. Each individual animal was altered to provide contrast in such details as the crocodile scales, skin textures, and unique marks. The rigs were tested through animation cycles based on reference footage of movements the animals would make in the wild. These included resting on land and in water, walking, running, swimming, and fighting, during which textures and shapes would be pushed to the extreme and needed to maintain their realistic look.

“The main hippo, which is shown in close-ups, required a separate facial rig that allowed us to control all the separate parts of its face,” said François Dumoulin, VFX Supervisor at Rodeo FX. “We had controllers for its eyes, which really brought it to life.”

Yates and Burke did not want to use stand-in models for the live plates – the traditional technique to obtain interactions with water and other elements in the scene – but chose to make the animal shots completely CG.

“This meant we had to add interactive water and other elements to these scenes,” said Dumoulin. “This made the work even more challenging.”

Rodeo FX used FX simulation to depict the animals interacting with water, debris in the water, mud, and sand. They made generic water that would mimic large amounts of liquid, then integrated CG water back into the plates. The water references came from three sources: the water tank in Leavesden provided water with no current or turbulence; a river in England with a slow current and ripples; and plates from a river in Gabon that had fast currents and lots of turbulence.

“Tarzan was a milestone project for Rodeo FX. The intensive animal sequences allowed us to explore the combination of creature animation with FX work,” said Sébastien Moreau, president of Rodeo FX. “The team did an amazing job meeting that challenge.”