Over the years, MEWShop has had several Artists in Residence who have become a staple to our programs and a great friend of the school. In this edition of “Spotlight on an Editor,” we will focus on Jeffery Wolf, ACE who has been one of the great editors in our Six Week Intensive workshop. 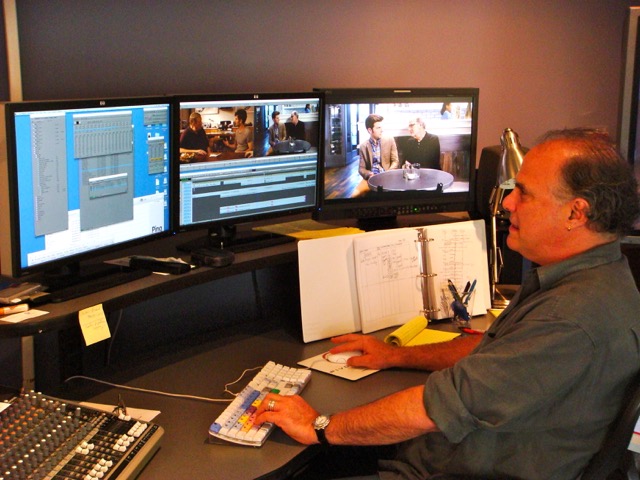 Over the years, MEWShop has had several Artists in Residence who have become a staple to our programs and a great friend of the school. In this edition of “Spotlight on an Editor,” we will focus on Jeffery Wolf, ACE who has been one of the great editors in our Six Week Intensive workshop.

As an editor, Jeffrey Wolf, ACE is recognized for his film work with prominent directors such as: Arthur Penn, John Sayles, John Waters, Ted Demme, Lasse Hallström, Brad Anderson, Debbie Reinisch and George C.Wolf. Some of his films include, Billy Madison, Beautiful Girls, The Ref, Life, Holes, and Dear John. The film Bachelorette and A.C.O.D. played at the 2012 and 2013 Sundance Film Festivals. Jeff finished You’re Not You starring Hilary Swank and Emmy Rossum last year, and recently completed the film The Outskirts coming out in 2015.

As a Director of Documentaries, he made the acclaimed documentary film James Castle: Portrait of an Artist, and is currently in production on Bill Traylor: Chasing Ghosts.

Manhattan Edit Workshop (MEWShop): Where did you grow up and what kind of film education did you receive?

Jeffrey Wolf: I was born in Springfield, Massachusetts to immigrant parents.  They moved when I was three to Newark, New Jersey and then when I was in 6th grade to Millburn, New Jersey. Growing up in New Jersey, I went to the movies a lot and was a journalism junkie.  I also took a lot of film courses at The Ohio State University, where I majored in speech communications.

MEWShop: How did you get your start?

JW: I sent out a hundred resumes when I returned to New York from college.  My neighbor’s brother was the sports writer Jerry Izenberg.  He was doing a documentary about Muhammad Ali with an Editor named “Fast” Eddie Deitch.  Deitch let me come in and observe him working on that film. When that project finished, he let me observe him editing episodes of Bill Moyers Journal.

Another neighbor’s brother was Maurice Schell and he was working as a sound editor on The Taking of Pelham 1,2,3 (1974). He introduced me to John Carter and I went to work on the Elaine May film Mikey and Nicky (1976).

MEWShop: Which film/films inspired you to be an editor when you were younger?

JW: I was a big fan of the films of Roman Polanski and Stanley Kubrick.  In retrospect, both are directors that had a strong editing sense.  I also worked in other crew positions, but clearly the editing area was the best match for me.

The most inspirational editing scene to me as a young editor was the opening sequence from Apocalypse Now.

MEWShop: If you had your choice what editing software would you use to edit with?

JW: Right now I’d say I prefer Avid.  I rely heavily on “Script Sync” as a support software within Avid.

MEWShop: What are some of the qualities in yourself and others that make one suitable in your opinion to be an editor?

JW: I like to make choices.  I have a really good ear for what things are suppose to sound like in a dialogue scene.

The idea of visual story telling is something I just understand.  Just like a composer can see the notes and pluck them from the air and put them on paper, I can do the same as a visual storyteller. Each scene in a movie is about five shots.  It’s our job to find the best order to put them in. 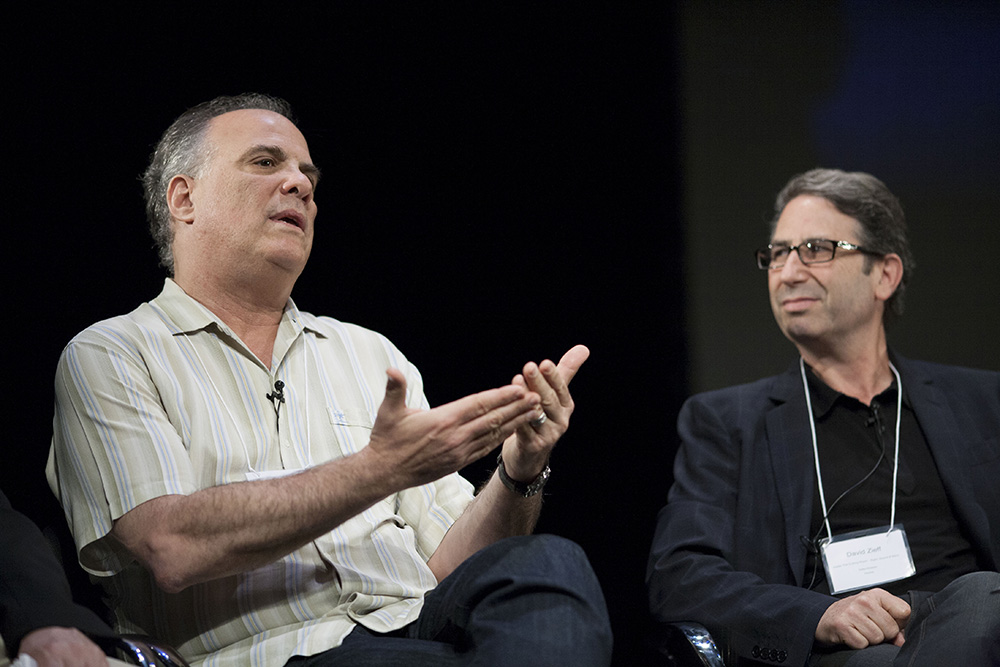 MEWShop: What skills do you look for in an assistant editor?

JW: Loyalty and the Love of film.  Desire to be an editor but willing to be patient with the process.

MEWShop: If you had to be something other than an editor what would it be?

JW: Funny, to me editing doesn’t really prepare you for any other career.  It’s so specific. Possibly because of my interest in Art, I could be an Art dealer.

MEWShop: Did you have a mentor? Who were they?

MEWShop: What was your most challenging experience as an editor?

JW: On the movie Holes I came on late and had to catch up.  There was a ton of footage to watch to get up to speed. They were having a lot of story issues, so I had to put all my focus on finding material that could help that.

JW: Every day is a series of all three of those descriptions.

MEWShop: Is there anything you do outside of editing that helps sharpen your storytelling skills?

JW: I make documentary films about artists and I collect art. I am very taken with work that has a narrative thread whether it’s written, musical or visual.

MEWShop: Can you recommend any editing books?

JW: Norman Hollyn has a couple goods one.  In the Blink of an Eye by Walter Murch is also a very interesting book.

MEWShop:What is your current favorite film or television show from an editing perspective?

JW: American Crime is interesting. It breaks a lot of rules.  I like a show called Fortitude as well.

MEWShop: Has the job description of the editor changed in the last 10 years? If so, how?

JW: I don’t know how much it’s changed conceptually.  The software allows us to do so much more, so we are expected to do so much more.  Here in New York the independent scene has brought in a different style of decision making by producers.  Sometimes over cutting is the result.  Budgets are very tight.  A picture editor not attending the mix is the rule rather than the exception.

MEWShop: Where do you see the industry of post-production evolving over the next decade?  What technology advancement in post-production has affected you the most in your work?

JW: I don’t see it changing that much.  The industry will definitely change, but the posting of projects will still be needed.

We will also still need a place to do the work.  Yes, some virtual editing happens with the director and editor working through telecommunications, but I think the process is always going to be the process.  It’s hard to speed it up too much.  I recently had a meeting about a show where the producers literally said they wanted the show to look like it was edited in the 1970’s.

MEWShop:What technology advancement in post-production has affected you the most in your work?

JW: I would say the ease in which versions of the film can circulate so easily because a quick time can be made so easily. On the same note, same-day dailies that you can stream at home.

MEWShop: What project are you working on now?

JW: I just finished a film called The Outskirts.  It comes out in June 2015.

About The Six Week Intensive Course: Manhattan Edit Workshop’s signature workshop in the art and technique of editing is a comprehensive jump-start for anyone serious about a career in post-production.

In addition to certified training in Avid Media Composer, Adobe Premiere Pro, FCPX and After Effects, we devote time each day to film theory; covering the history & evolution of editing technique, as well as the aesthetics of narrative, short-form, comedy and documentary.  You’ll not only learn the tools – you’ll understand why we use them. Learn more about our Six Week Intensive Course by going to https://www.mewshop.com/six_week_workshop/overview/ 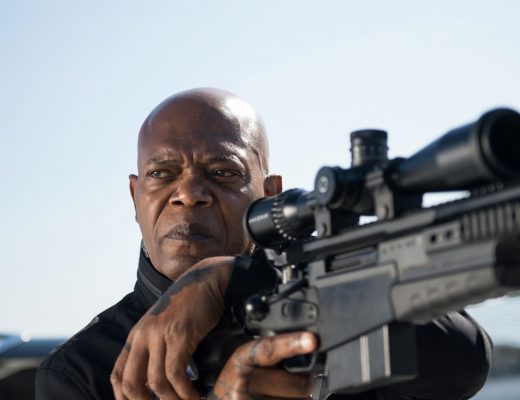 Jake Roberts, ACE was recently nominated for an Oscar and an EDDIE for his editing on Hell or High... 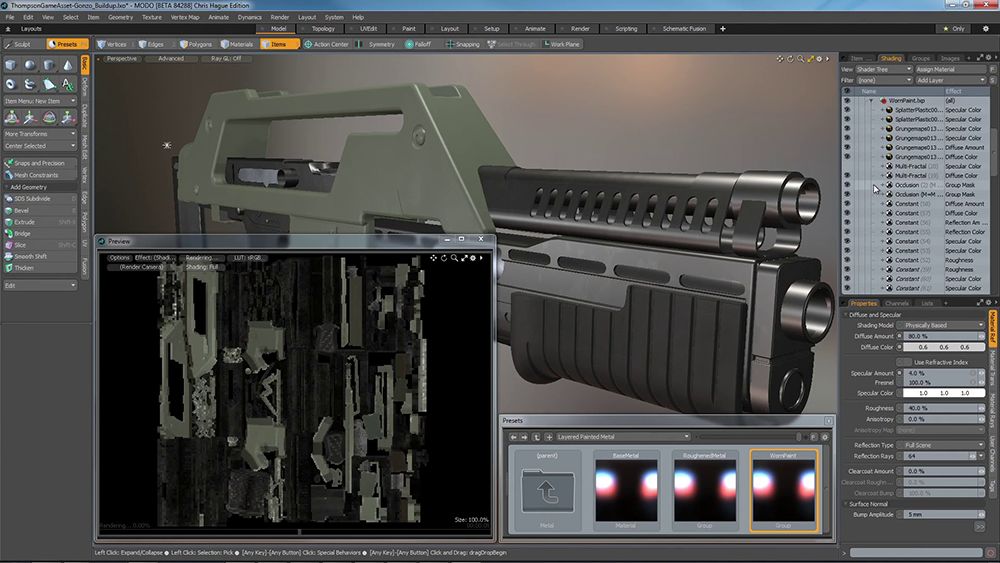