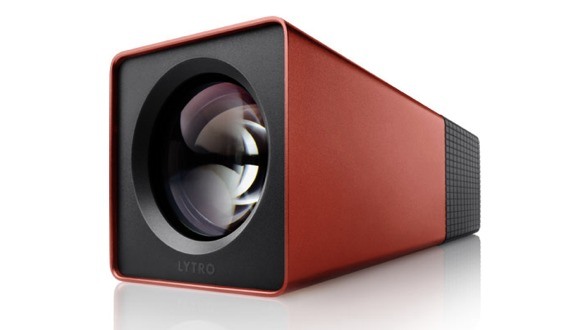 If you aren’t familiar with Lytro, they are an innovative company that is very close to releasing a Light-Field Camera. This affordable consumer stills camera has the unique ability to calculate the angle of light hitting the sensor, and store that data along with the image data. Later, in post, you can refocus the image however you wish. It’s amazing technology, and there’s literally nothing like it in the consumer market. After watching an interview with Lytro’s CEO, it really got me thinking about the future possibilities of this technology as a creative tool for professionals…

Towards the end of this The Verge CES interview with Lytro’s Eric Cheng, he says that “yes” their tech has video applications in the future. Eric says that the limitation right now is processing power in a small package, but there is no reason why video is not a possibility in the future. He also talks more in-depth about their software processing tool for light-field images, showing the ability to refocus the image, or make the entire image completely in focus.

Along the way, you see how there is inherently an offset, there is 3D parallax information captured by the Lytro camera…and realizing that, you can start to see that this camera is potentially about as “RAW” as it gets. Given a high-enough resolution sensor and some processing power, it has the potential to capture a video image with light information and stereoscopic information, all adjustable in post.

Right now, one of the biggest things in Digital Cinema is the ability to adjust RAW video white balance, ISO and other parameters in post-production, all with metadata. Now imagine that capability, but also with focus and 3D adjustments as well. THAT would be a RAW image! There are some creatives who do not want people to be refocusing and changing our images willy-nilly in post (I’m one of them), but you cannot deny that these tools would present unlimited opportunities for those working in VFX, and help solve so many filmmaking technical issues. And, in fact, RED’s Jim Jannard has let slip that they are working on a prototype camera system that also offers depth-mapping (lightfield manipulation). So with that in mind, watch this video interview…

Unfortunately, Light Field for Digital Cinema is just an idea right now…we’ve got to wait for the tech to mature, for processing power to bump up, and for insanely-high-resolution image sensors. However, things are promising. Raytrix already makes and sells a line of plenoptic (lightfield) cameras for scientific and industrial applications; the Raytrix R5 is a 1 megapixel model that reportedly sells for under $4,000, and their R29 model is a 7.25 megapixel, 5 fps stills camera (price unknown). The Raytrix R29 is bound to be expensive, given that the R11 3MP model reportedly sells for $25,000. However, given the recent pace of developments in camera tech, price is certain to come down as tech capabilities increase. Light-Field tech for Digital Cinema might arrive a lot sooner than it seems. I’ve got my fingers crossed.

You can pre-order the Lytro camera 8GB for $399, and the 16GB version for $499. If you are the DIY type, there is a way to play with light-field images using a normal stills camera, simply follow these Instructables directions and use the lftexture tool for processing.