Juan Carlos Ortiz, colorist, DIT and local 600 member whose latest work includes MTV's hit show “Teen Wolf” will be sharing his insight and knowledge during this presentation. Juan Carlos will be available to answer any and all questions during the presentation, so don't miss out on this unique opportunity to learn and ask questions at the same time!

Everything On-set Professionals Need to Know About Color Correction 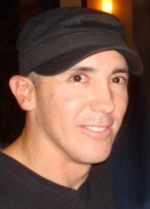 Juan Carlos Ortiz-Duran is a Los Angeles-based cinematographer, DIT, colorist and IATSE Local 600 member. He is a veteran of over 20 features, documentaries and television shows including Pirates of the Caribbean: On Stranger Tides (Disney, 2011), Teen Wolf (MTV 2013) and The Last Ice Merchant (Jury Prize, Best Short Documentary, Woodstock Film Festival, 2012). 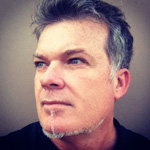 Michael Forrest has an extensive background in high-end post production. 16 years of creating and finishing some of the biggest features and television shows, has given him an appreciation of having the right tool for the job. He has taught Editors and Designers from all over the world in his role as Instructor at Fullerton College, Moviola and VideoSymphony. He has been employed as a Broadcast Designer/Senior Editor, using ASSIMILATE SCRATCH, Avid|DS, Symphony, Media Composer, Photoshop and After Effects. Besides winning 4 Emmy awards for Broadcast Design and Creative Editorial, he has worked with some of Los Angeles' top post houses.