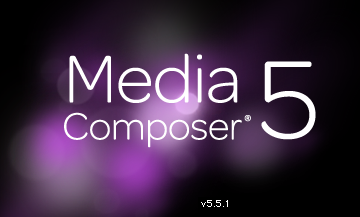 It was a few weeks ago that Avid shipped another update to Media Composer, this time moving 5.0 to 5.5. It wasn’t the huge update that we saw in 5.0 but it continues to add features and bug fixes across the application. I’m guessing that since this was a smaller release Avid chose not to use NAB as the announcement/release for the upgrade (NAB is next week!) rather they’ll be showcasing it through out their booth. I was able to preview the upgrade before the official release and it felt quite stable. While very little has changed with the interface there’s a couple of really nice features that had me take a small window of opportunity between Avid jobs at the office and purchase the upgrade there as well. I put it through its paces on two recent edits.

The biggest thing added to 5.5 that will help my overall, day to day editing operations is the new TextFind feature. In older versions of Avid, you could look under the Edit menu and see a Find menu item. That really didn’t do much of anything but with 5.5 hitting command + F brings up a new Find window. This allows for a central search area that works across an entire project. There’s options to search across clips and sequences, timelines and script text all within the Find window. Parameters for your search can be refined by filtering bin columns or searching the timeline for clip text and locators. 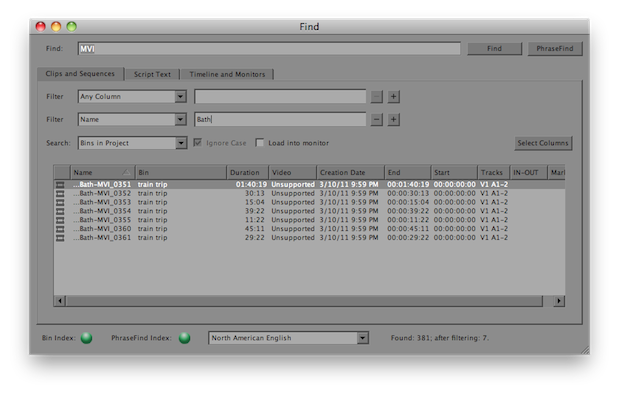 The new Find window. Video type Unsupported? Not really as it is AMA linked H.264 files from a Canon 7D.

It’s almost like this Find window is a bin in itself as all the results will populate the Find window (depending on what you search) and you can then load clips into the Source monitor right from the Find results. If a result is returned from within a bin that is not open Media Composer will open that bin before loading it as a source. I do wish there was an option for it not to open that bin, or to maybe keep the Find window floating above all windows as I really enjoyed using the Find windows as a bin unto itself. The other thing that seems to be missing is Find doesn’t search text within Locators placed on master clips. That would be extremely helpful as well and could almost change the way I do logging for certain types of Avid jobs. It will search Locators within a timeline though.

While those are two negative comments about this new Find feature it’s one of those little things that I personally don’t know how I ever lived without before 5.5. Knowing that I can search out an older cut or any number of clips and subclips without having to first open and scroll around a bin really does have me working in a different way than before. It’s a faster, more efficient way.

The Find window is also where you’ll find PhraseFind. PhraseFind is a phonetic indexing tool that “listens” to your audio and allows you to search out words or phrases using those results. If you think this sounds like Get for Final Cut Pro you’re correct as the technology that makes this possible comes from a company called Nexidia. Their tech powers Get and it powers Phrasefind. It has also powered Avid’s ScriptSync for a number of years so integrating their stuff into Media Composer isn’t anything new.

Using PhraseFind is simple as it’s integrated right into the new Find window. Type a word or phrase and hit the PhraseFind button instead of the Find button and you’ll see those results listed. The key to the PhraseFind results lies in the Score column. That’s an indicator of PhraseFind’s accuracy so the easiest way to audition PhraseFind’s results is to sort by that column and start with the highest results. This type of phonetic search capability is another of those things that I’ve quickly come to wonder how I ever lived without. 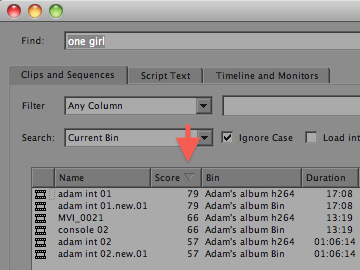 The PhraseFind Score column is how accurate it thinks its results are.

There’s two things that has to happen before you can use PhraseFind with MC 5.5. First it has to be purchased separately as it’s a $495 option on top of the 5.5 upgrade price (upgrades to 5.5 start at $149). That under-the-hood-stuff from Nexidia doesn’t come for free. Second, once PhraseFind is installed it has to index your media before it can be phonetically searched. There’s a little light at the bottom of the new Find window and once it turns green you’re ready to PhraseFind. It’s even there when you don’t have PhraseFind installed … teasing. Indexing is quite fast and happens across both AMA linked media and imported MXF media. I think it’s safe to say that if you’re doing anything other than music based jobs then PhraseFind will pay for itself in time saved.

The inevitable next question is how does PhraseFind compare with Get for Final Cut Pro. That’s an interesting one to answer. While they are obviously very similar products they integrate very differently. PhraseFind’s biggest strength is that it’s integrated right into the program. No importing or exporting in and out before you can edit with the results. While Get’s roundtripping in and out of Final Cut Pro is surprisingly fast it’s still a separate application so I sometimes pause before jumping over to it wondering if I really need to use it. It may just be a mental thing since I know Get is separate from FCP but it’s enough to make me not use it on occasion.

PhraseFind is always right there, ready to go when performing any Find in Media Composer. While I haven’t used it as extensively as I have Get (it’s still very new) I did use it a lot on a recent commercial spot edit. I knew that the actor delivered a variation on a line (using the word “shame” or “love”) and for a number of the takes they just let the camera roll. Rather than loading the different takes and jumping from locator to locator to locator it was easy just to type “shame” and all the results were right there. And since PhraseFind is always on, always indexed (as long a the bin is saved) and always there in the new Find window I found myself using it a lot.

Where Get has its strengths is in its way to audition and mark-up results. Get is designed in such a way that you can use your keyboard arrow keys to very quickly sift through the hits. That’s helpful if you have a lot of results. Get can also send Markers back over to FCP with a single marker for each result. This is a functionality that I was missing in Avid’s PhraseFind. I often find myself going back to the same phonetic search results over and over so it would be great if PhraseFind could somehow mark its results with Locators if that’s how the editor chooses to operate.

What else is new in Media Composer 5.5? Here’s the bullet list from Avid’s website that almost everyone has seen:

I’ve found it to be more stable. One crash that I used to get sometimes in 5.0 was a bus error when I went to delete a clip, subclip or effect out of a bin. That seems to be fixed as it hasn’t happened once in 5.5. 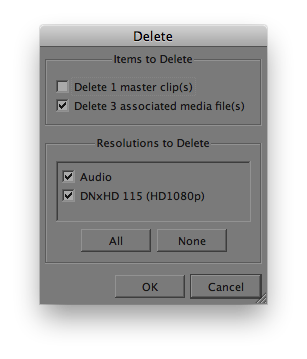 It’s always been nice in Media Composer that you can delete audio separately from a video file.

The Smart Tool has gotten a bit of a redesign as well. 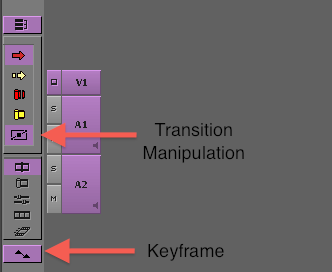 The Keyframe tool has been moved out of the Smart Tool and replaced by a Transition Manipulation tool. Turn that on and little marks appear on each transition: 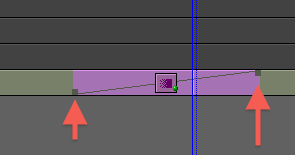 Turn on Transition Manipulation in the Smart Tool and you can click and drag on the little transition marks to drag the edges of a transition.

You can then click and drag to manipulate the transition durations. That’s a tip of the hat to the click and drag FCP users who are coming over. Some will use it, some won’t.

AMA linked Quicktime files now have a Source Settings option available by right+clicking on a clip. This brings up Source Settings box where you can set the field order and the video level of a clip. 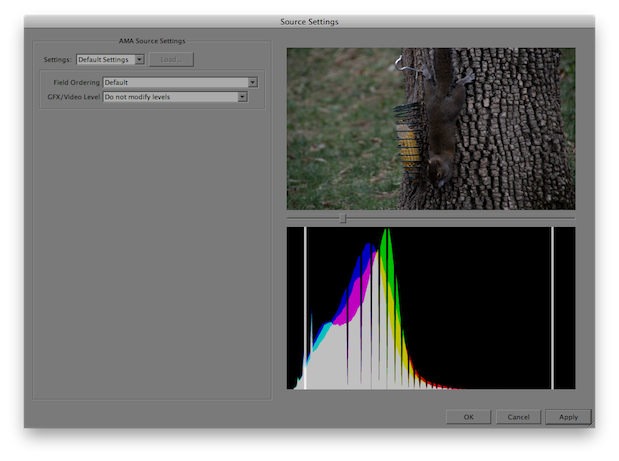 The same clip with its Source Settings changed to “Expand video levels to graphic levels.” Notice levels now dip below 16 on the Waveform.

Finally, one big fix is something that apparently quietly came along around 5.0.3.7. That’s the ability to export AAFs from sequences that contained AMA linked media. This is huge for those working in a collaborative environment where you have to send lists to online or audio over for mix. Little Frog in Hi Def has a great write up on this. Why Avid didn’t hype this little fix is beyond me.

All in all Media Composer 5.5 is a nice little upgrade. And considering you can now use AJA’s Io Express with 5.5 to actually capture and layout to videotape is a biggie for those that need that features but can’t afford the more expensive Avid hardware. Of course my Matrox MXO2 Mini is still working well in this version too. And Little Frog in Hi Def also has a nice writeup on the MXO2 Mini with 5.5 using the MAX H.264 encoding optimization.