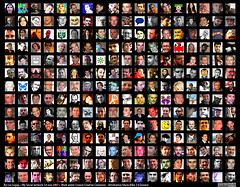 Given thevast and growing number of online toolsavailable to web workers, choosing which to use can seem overwhelming. This makes it easy to obsess more about the tools themselves rather than the strategy for using them, as if by choosing the perfect tools you can guarantee the success of your ventures. Of course, that is hardly ever the case. Even great tools, used with very little planning, will seem mediocre at best.

I often give advice to people who are interested in starting online businesses. One of my “pupils” (so to speak) is new to social media, but after the recent media Twitter craze, he decided that he was going to use it to promote his site because, “that’s where everyone is.” A couple of days later, he emailed me and said that he wasn’t satisfied with his results, so he decided to follow the advice he read on a blog and try Facebook instead. Again, after only a minimal increase in his traffic, he wrote to me asking, “Have you ever tried StumbleUpon?” My immediate reaction was, “Social media marketing: you’re doing it wrong.”

So what should you be doing instead of obsessing about the choice of tools?