An interview with DP Stephen Jackson 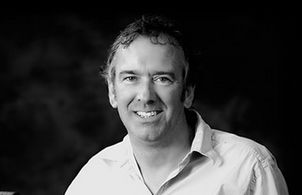 Various professionals throughout film and TV have embraced the Blackmagic Cinema Camera, and Vancouver based director of photography Stephen Jackson is just one of those people. He’s worked on Once Upon a Time, V, Hellboy 3, Cabin in the Woods and 4400, just to mention a few of his credits, and he’s seen the opportunities the camera creates firsthand.

Stephen mentioned that he was impressed with the ease of working with the cameras and the images, but I wanted to see if he could share some more details about those experiences and his career as a whole. I caught up with him to talk about his first job on set, how he’s using these cameras, how he sees cinematography evolving and plenty more.

ProVideo Coalition: Where did your passion for cinematography come from?

Stephen Jackson: I remember lying in the back of a station wagon at a drive in movie when I was 8 years old and watching Dr. Zhivago and thinking how stunning it was. Obviously that left an impression. I worked in the theatre in high school in lighting and that started a life long visual fascination.

What was your first job on set? How did you get it?

I was working in a rental house and there was a movie shooting called “The Changeling” with George C. Scott and they couldn’t find enough carbon arc operators so I was doing that at night and trying to manage the rental house during the day.

Glancing through your IMDB page, it’s obvious that you’ve been involved with a ton of projects and that you’ve worked your way through the ranks. How important has that progression been for you?

I believe that has been the best learning process possible. Having been a rental house manager, generator operator to a lamp op to a gaffer to a DP was a phenomenal career arc. The gaffers I worked for and the long list of world class talented DP’s that I was a gaffer for taught me so much over the years. Each one of them was a learning experience, with some good and some not so good.

Also, learning the human resource end of it was also important. Knowing how to deal with people and treat them properly is huge.

In what ways has that progression changed the way you look at and approach a project?

I look for a project that lends itself to an interesting style or look. I take into account the people that I have to work with and what kind of artistic license I will be given, as I’m not interested in working with nasty people

What have been some of your most memorable projects to work on? Were they memorable because of what you were doing, or the people you were working with, or something else?

One of my first shows was a period Canadian production called “The Grey Fox” with a British DP and I was amazed at the visuals. I saw it recently and it’s still gorgeous. It was such a great bunch of people that all came together. I did two movies with Guillermo Navarro a true gentleman and very talented man. Learned a lot from him.

Tell us about a particularly challenging shot or issue that you worked through on a recent project.

Well, part of the reason I like series TV is the challenges and opportunities that it presents every day, being able to solve those every day is always rewarding. We do a lot of work with horses and wagons so the BMCC is very handy for all of that.

Speaking of which, in what context or situation are you using the Blackmagic Cinema Cameras on Once Upon a Time?

We have two, one in a Canon mount and one in a PL mount. We originally got them for “crash camera “ issues for dangerous situations but they have quickly evolved into cameras we use all the time for tight places and hand held plus inserts.

I do love these cameras, because they look good and are easy to use. The menus are so easy even I can figure them out!

Do you see cinematography evolving or changing as cameras get better and better and tools like Resolve become easier to use?

I’m a “less is better” kind of person and my number one rule is “always make the ladies look good.” Because of my background in lighting I believe the key to a good-looking show is the lighting, because you can set the mood and tell a story. I watched DP’s light for 25 years and sometimes they often made it look easy, and my goal was always to pick up on that and do the same thing in my own work.  So the answer is I think it will change as cameras see more and more pixels, but it will still comes down to your eye and lighting. I know it’s not what camera companies want to hear but it is a capture device whereas the film stock used to be the difference in the look. Now it’s in our LUT’s and post.

“It’s all about lighting” is what I’m putting on a t-shirt.