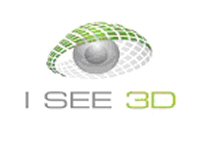 “Interest in 3D was extremely high at CES this year,” admits Tom Mitchell, CTO of ISee3D. “During our meetings with consumer electronics manufacturers, one thing that consistently drew positive responses was our ability to demonstrate real-time zoom, close ups, and focus in a working consumer camcorder prototype.”

Zoom, close ups, and tracking focus have proven challenging for 3D capture devices with two lenses, owing to the difficulty of calibrating and locking image pairs through zoom shots and close ups, says a company spokesperson. ISee3D’s approach to capturing 3D through a single lens ensures high-quality comfortable zoom, along with automatic or manual focus, the spokesperson continues.

“The consumer product representatives that ISee3D talked to at the show agreed that the difficulty in incorporating zoom and focus into 3D camcorders has been a major hurdle for mass adoption of 3D capture devices,” says ISee3D CEO Dwight Romanica. “By being able to incorporate high-quality 3D functionality, including zoom and focus, into devices at low marginal costs, we feel that ISee3D presents a viable option for consumer electronics manufacturers who are looking for an edge in the 3D consumer market.”

ISee3D is dedicated to driving the universal adoption of 3D single lens capture, from consumers and Hollywood to health care and military. The company is introducing the first commercially feasible single lens, single camera 3D capture technology. Scalable in size from one mm in diameter to more than over 250 mm, the patented technology can be applied across many devices.

ISee3D, through its patented optical switch technology, continues to aggressively pursue the best in 3D innovation to ensure an immersive 3D viewing experience, rather than the traditional two lenses or 2D conversion approaches that are the current standard. The company is headquartered in Toronto, with offices in Vancouver and Montreal.