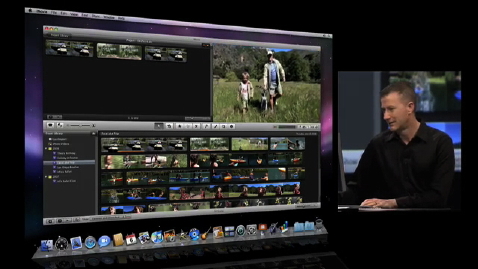 Even though I have never gone to a Macworld Expo (and now probably never will, since Apple will no longer present there), I have always enjoyed watching Apple’s infamous keynote presentations via Internet. However, being so familiar with Final Cut Pro, I never thought I would be blown away by the presentation about iMovie 09, which you will see later in this article. I was quite surprised when I heard who was going to present it (Randy Ubillos), by the new features in iMovie 09, and even more so by Randy’s astonishing comment, which I will visit later in this article.

Surprisingly, very few video professionals I meet know who Randy Ubillos is. It reminds my how shocked I am when I observe how few people in the communications field seem to know who Marshall McLuhan was. I am not going to publish Randy’s full bio here. I will limit myself to say that Randy:

Now that you know who Randy Ubillos is, you will take his astonishing comment more in perspective.