Imagine a camera able to use available light without the need for any additional illumination, and able to capture ultra fast processes like the activity of a supernova occurring light years away. It’s not science-fiction, the camera exists. 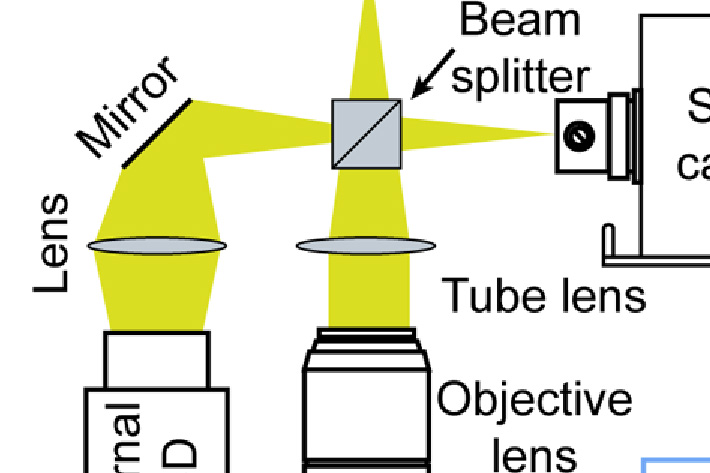 Researchers have improved upon a new camera technology that can image at speeds about 100 times faster than today’s commercial cameras while also capturing more image frames. No, it’s not something you can buy at your photo or video store, but the technological jump it represents may be beneficial for commercial models, in the future.

If, a decade ago, someone told you could have in your hands a camera able to capture photographs or video with little more than the light reflected on the Moon, you would laugh. Those cameras are a reality today. Now a camera able to see beyond that is a possibility. The new technology opens a host of new possibilities for studying extremely fast processes such as neurons firing, chemical reactions, fuel burning or chemicals exploding.

A research team led by Lihong V. Wang, Gene K. Beare Distinguished Professor of Biomedical Engineering, Washington University, St. Louis, USA, previously developed a single-shot compressed ultra fast photography (CUP) camera that can image at speeds of 100 billion frames per second in a single camera exposure — fast enough to capture traveling light pulses. The camera is the world’s fastest camera that is receive-only, meaning that it can use available light for imaging and doesn’t need any additional illumination from a laser or other light source.

Now, researchers have improved upon that technology. In The Optical Society’s journal for high impact research, Optica, the researchers report on a new method that improves the resolution and quality of images captured with CUP. They demonstrate the CUP upgrades by capturing a movie of a picosecond laser pulse traveling through the air and also by pointing laser light onto a printout of a toy car to create a movie of the light reaching different portions of the car at different times.

Wang and his colleagues are particularly interested in understanding how the brain’s neural networks operate. Using the new camera with a microscope could allow them to watch neurons fire by capturing extremely fast chemical processes called action potentials that travel through an axon at speeds that can reach more than 100 meters per second.

The improved image resolution and quality reported in the Optica paper mean that the camera could better capture entire action potential events, including the initiation of the action potentials, propagation with varying speeds, and the termination of signaling. 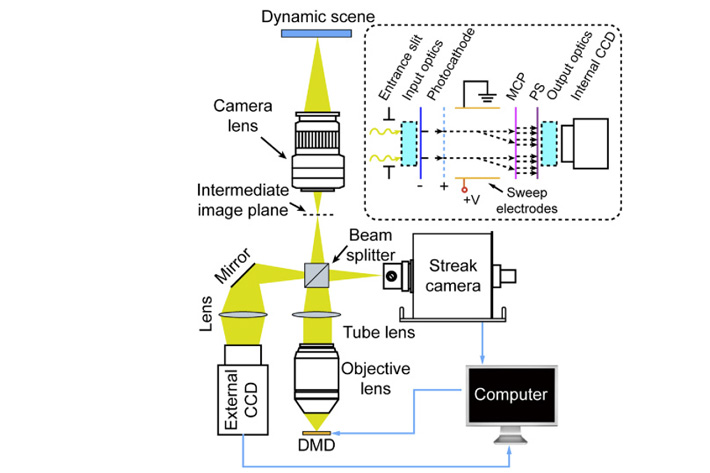 “Biological reactions can occur very fast, faster than standard cameras can image,” said Wang. “When people study events like that now, they use a pump-probe method, which requires them to repeat the event many times. Our camera can be used for real-time imaging of a single event, capturing it all in one shot at extremely high speeds.”

Since the camera can image with just the light available it could be used with telescopes to record activities of a supernova occurring light years away. Wang said that the CUP camera could, for example, add high-speed imaging to space telescopes such as the Hubble that have high spatial resolution unperturbed by the atmosphere.

The camera would also be very useful for other applications such as imaging explosions. “For explosions, the chemical reactions may not be repeatable, so it is important to capture everything with a single event in real time,” said Wang. “The camera could also help scientists studying combustion so that they could improve the fuel efficiency of cars, for example.”

The original CUP camera adds a second dimension to the one-dimensional view of a streak camera — an extremely fast type of camera that measures the intensity variation of a pulse of light over time. Because this imaging approach doesn’t directly create an image from the raw data acquired by the camera, computer algorithms are necessary to convert the data into an image.

I just watched the “live” Apple event. No Mac computers were announced today. However, the new iPhone 13 Pro...