HP (United States) finally offers the option of a backlit keyboard with the European ISO Spanish layout, so far with the ZBook Studio G4 workstation. 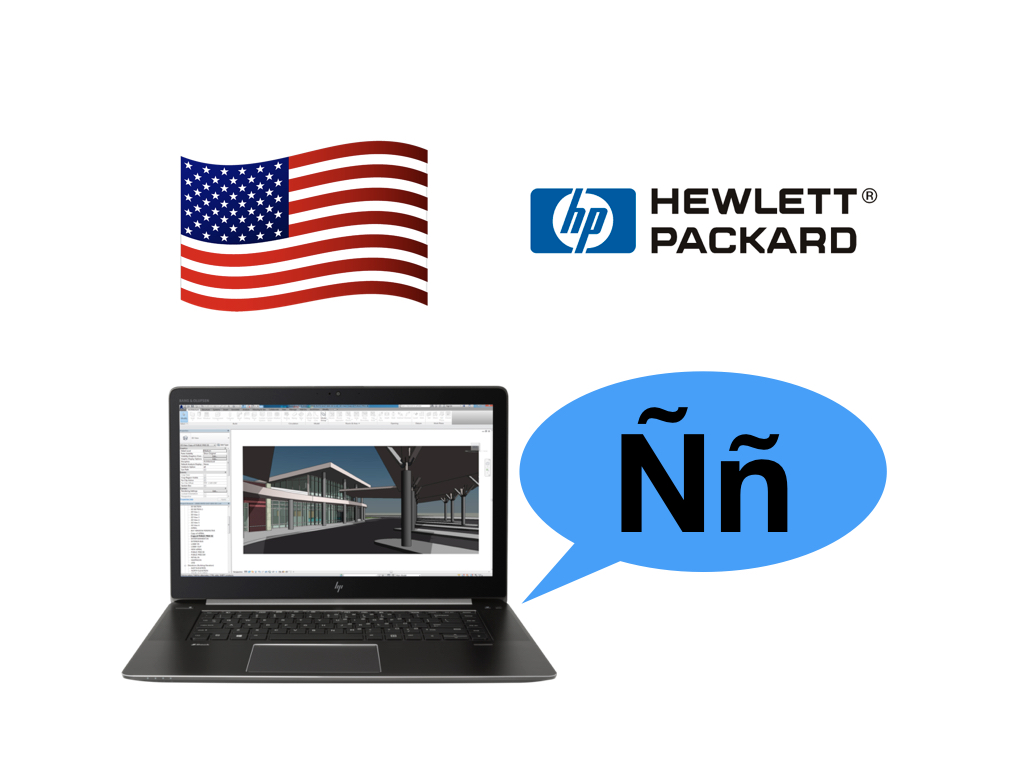 I am delighted to inform you that HP (United States) has finally reversed its previous totalitarian policy of only offering its ZBook Studio workstation with a very limiting US keyboard. Now, purchasers of the ZBook Studio workstation (an excellent choice for demanding professional video editors and some color graders) in the United States fortunately have a keyboard choice when configuring the ZBook Studio G4 online during purchase. Unlike the ZBook Studio G3 that HP sent me in 2016 for review, now in 2017, they sent me the G4 with the superior Spanish European ISO keyboard and built-in matte DreamColor display. Beyond the fact that the United States is the second largest Castilian-speaking country in the world, the much more complete European ISO Spanish keyboard layout is ideal even for English-only writers, for all of the reasons I describe ahead. I am so happy that HP (US) has recognized this fact, as Apple did many years ago. Before now, the European ISO Spanish HP keyboard version was available exclusively via HP Spain, not from HP US or even from HP Latin America.

Above is the European ISO Spanish keyboard in the ZBook Studio G4 that HP sent me for review. The layout matches the one in my MacBook Air, and in any other Apple Spanish ISO keyboards that Apple has sold within the past decade, anywhere in the world.

The following irrefutable differences have nothing to do with patriotism. I am not a Spaniard nor a Latin American. I am just a US-born and raised bilingual person who has compared the two, and noticed the enormous differences:

Standby for my full review of the ZBook Studio G4

Please standby for my full review of the ZBook Studio G4 with inboard matte DreamColor display. I am holding off until HP and NVDIA can (hopefully) resolve an issue with non-integer framerates like 23.976, 29.97, 47.952 and 59.94. Remember that although exact 24 is standard for certain distributions, exact 30 and exact 60 hasn’t been used for television since before 1953, when the United States added color to the monochromatic system and changed the framerate to approximately 29.97. This meant that the (then interlaced-only) field rate went from 60 to approximately 59.94. Since that change occurred in 1953, it’s about time that companies like Apple, HP and NVDIA recognize the new rates. A small percentage of video productions in the US (and most of the Americas) use exact 24, exact 25 and exact 50. Most video (non-DCI, non-digital cinema) in the US use 23.976, 29.97 and 59.94. Exact 24 is mainly for DCI, and 25 and 50 are mainly for distribution in PAL and ex-PAL regions, which in the Americas, only represent Argentina, Paraguay and Uruguay. All of those three countries are PAL-N broadcast countries. Brazil’s unique PAL-M uses the same 23.976, 29.97 or 59.94 rate as NTSC.

In the meantime, I am delighted that HP now offers the ZBook Studio G4 with European (ISO) Spanish keyboard in the US, and that the display is matte in any version, except when someone requests a touch version.

If you need to order a ZBook Studio G4 before my review comes out, the place to do so is at this link to the HP (US) online store.

Among many other customization options, you’ll see this one to select the superior European ISO Spanish backlit keyboard (labeled simply as “Spanish” there), which is also spill-resistant, although I don’t plan to test that particular feature. It’s always better to avoid spilling on your keyboard.

If you want an external European ISO Spanish keyboard in the US, consider this one from Logitech, which is solar, wireless and currently costs under US$20.