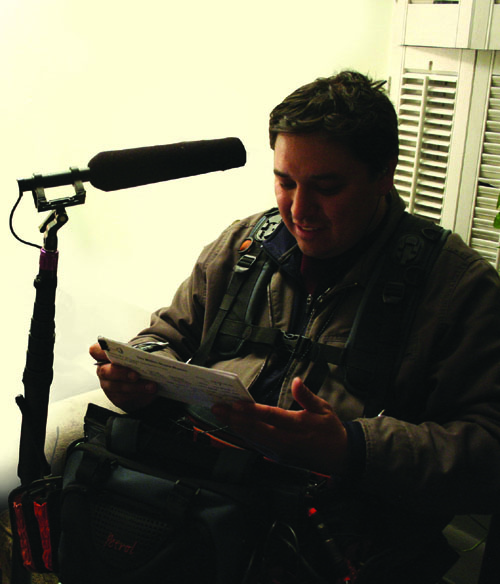 Howland, who started in production sound five years ago, says his first major gear purchases were the K-Tek 202CCR Boom Pole and the K-SM Shock Mount as well as the K-Tek K-Zepp-M Wind Protection System. “The Boom is very light and very consistent,” he explains. “It is so smooth that I don’t have to think about the gear while shooting. I can stay focused on the shot, which on any indie set, has a tendency to change without notice. When you are involved in such a collaborative creative process it really helps to work in a way that allows everyone the ability to make creative decisions ‘on the fly’. The durability and usability of the K-Tek products allow me to do that.

“The Boom pole has different configuration options that allow me to customize it for different types of jobs,” he adds. “For ENG and fast moving Indie movie sets like 2 Million Stupid Women, I can use the internally coiled XLR cable and outfit the pole with a plug on wireless transmitter. For typical feature shoots, where page counts are lower and more precision is needed, I can use the flow through cable system which takes a little more time to work with but features a quieter operation.”

The indie feature 2 Million Stupid Women has just been released on DVD and is the first case study for Filmmaker in a Box (http://www.filmmakerinabox.com), which offers an in-depth, definitive and uncensored case study on the making of the entire production.