HitFilm Express has a new version, and to celebrate the launch FXhome has released a series of videos showing how to create Avengers-style effects with the free video editing and VFX software. 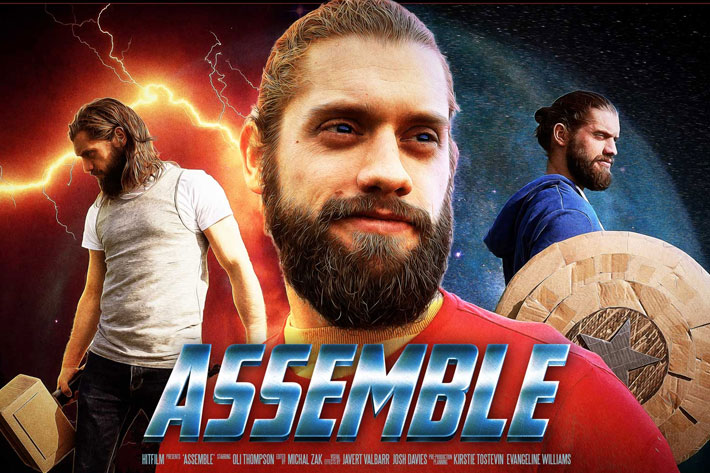 The new edition of the free HitFilm Express is filled full of Pro-worthy features, including super powerful motion graphics tools and new viewer controls for 360° video. And it’s FREE!

The promise made by FXhome is bold: creators can now make Avengers-style Visual Effects at home using free video software. It’s also true, and to confirm that it is possible, nothing better than to download the software, which is free (as in FREE), install it and open it, to follow the Avengers-themed series of in-depth tutorials and VFX content showcasing the professional visual effects that can be achieved inside of the completely free software.

Yes, FXhome has released ‘Assemble’, everything you need to create your own Avenger-style effects, things like lightning to Iron Man thrusters.  Users will be able to download project files to recreate shots at home. So, get your copy today and enjoy discovering more about HitFilm Express – the only free video editing software to include over 410 professional visual effects and presets. Trying it will help you understand why there are over 2.4 million users worldwide,  making HitFilm, says Fxhome, “the fastest growing video editing & VFX software in the world”.

“We’ve entered an incredibly exciting new period of development for HitFilm Express,” says Josh Davies, Founder and CEO of HitFilm. “This new version is filled full of Pro-worthy features, including super powerful motion graphics tools and new viewer controls for 360° video! We’re proud of the fact that our development is spearheaded by our users and we are confident that HitFilm Express is growing in the right direction to provide filmmakers and creators with accessible, powerful and easy-to-use software.”

Whether creators are looking for an editor, a visual effects toolkit or a supportive creative community, they start their journey with HitFilm Express. Much more than just a powerful editor, it also includes professional animation tools, 360° video tools and over 410 advanced effects and presets such as lightning, smoke and explosions. Just like their Pro software, HitFilm Express also comes with a promise to its users that they will receive regular free updates to the software containing new technology and features as they are developed.

Designed from the ground up to run on consumer-level computers, the new version of Express contains advanced Pro-level effects including heat distortion, lightning and sci-fi themed light swords, powerful audio tools, new export queue options and much more – including the ability to animate in the editor timeline, motion graphics enhancements and performance tools. HitFilm Express has everything a creator needs to get started and offers additional flexibility through a useful set of 33 optional expansion packs with powerful features and effects, for those looking to take their projects to the next level. 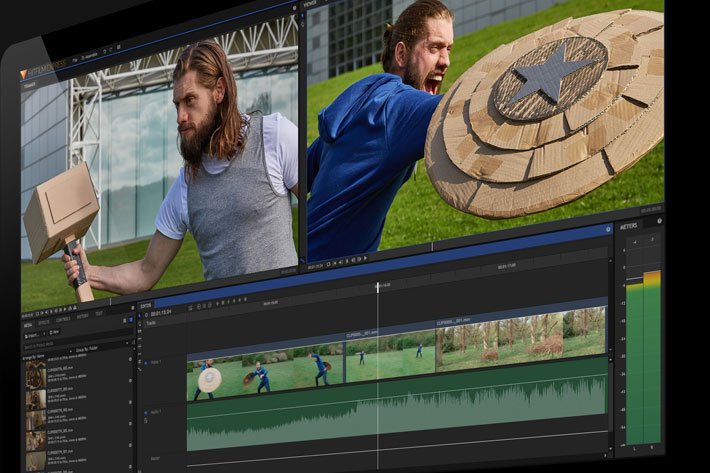 FXhome are also releasing a huge new update to their Pro version of HitFilm: Update 8.0. It focuses on adding powerful motion graphics tools for animators, including a new layout panel which gives creators pixel perfect accuracy over the layout and positioning of shapes and images. This pixel-perfect accuracy extends to HitFilm Pro’s masks which have been updated, making it quick and easy to draw freehand and select multiple points in a mask. Those with HitFilm Pro will get this latest update for free as part of their 12 month update contract.

Top users of HitFilm have gone on to define the new generation of over 50 million online creators. These include RocketJump co-founder and TV star Freddie Wong, indie filmmaking experts Film Riot and viral YouTube superstars Corridor Digital. Together they have over 2.4 billion views and have inspired countless numbers of young creators to make their own content.