You have to be brave to create a “new” (even though we are now at version 2) compositing application to attempt to compete against not only Apple's Motion 5 (for FCPX editors), but also the immense stranglehold that After Effects has on the market today.  FXHome is looking to do that with HitFilm 2.

My initial introduction to FX Home came in the form of EffectsLab Pro way back in 2007.  An interesting compositing application that let you add things like muzzle flashes, lightsabers, lens flares and particle systems. I had a few issues with it, and needless to say, ended up kind of forgotting about FXHome for a while.  That changed again a few years, in 2011, with the release of HitFilm.  The only problem I had was that I was primarily a Mac user, and Hitfilm was a Windows only application.  I had Bootcamp, so I took it for a whirl, and though it was pretty cool for what it was, and then (to be honest), kind of forgot about it again. That all changed on November 1st of last year, with the release of HitFilm 2 Ulitmate (HF2U). 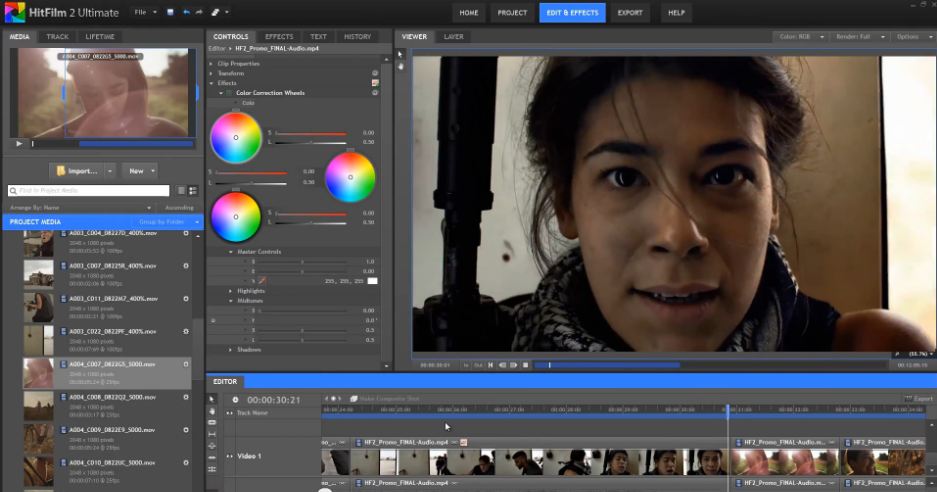 HF2U is an editing/VFX/compositing application that at first glance people might dismiss, as a “Not as good as After Effects or Motion 5” application, but FXHome has taken big strides to make HitFilm 2 Ultimate a real contender, and a definite option for editors and compositors looking to take their work to places that only 3rd party plug-ins could go in AE and Motion 5.  Now before I move on, we've still got that little problem of the “Windows only” application.  Not anymore.  When I started using HF2U a year ago, I started asking the question that I'm sure was asked a lot…..and a lot….. and a lot, and that is “When is the Mac version coming?”  Well, FXHome decided to let the userbase decide by Kickstarting the Mac version, and needless to say the interest was immense.  When they launched the Kickstarter campaign, they were looking for 25,000 GBP (FX Home is located in the UK) to get the Mac version off the ground.  When they were done, they had more than doubled that at over 58,000 GBP ($93,000 US), which I'm sure not only blew away FXHome, but any skeptics as well! 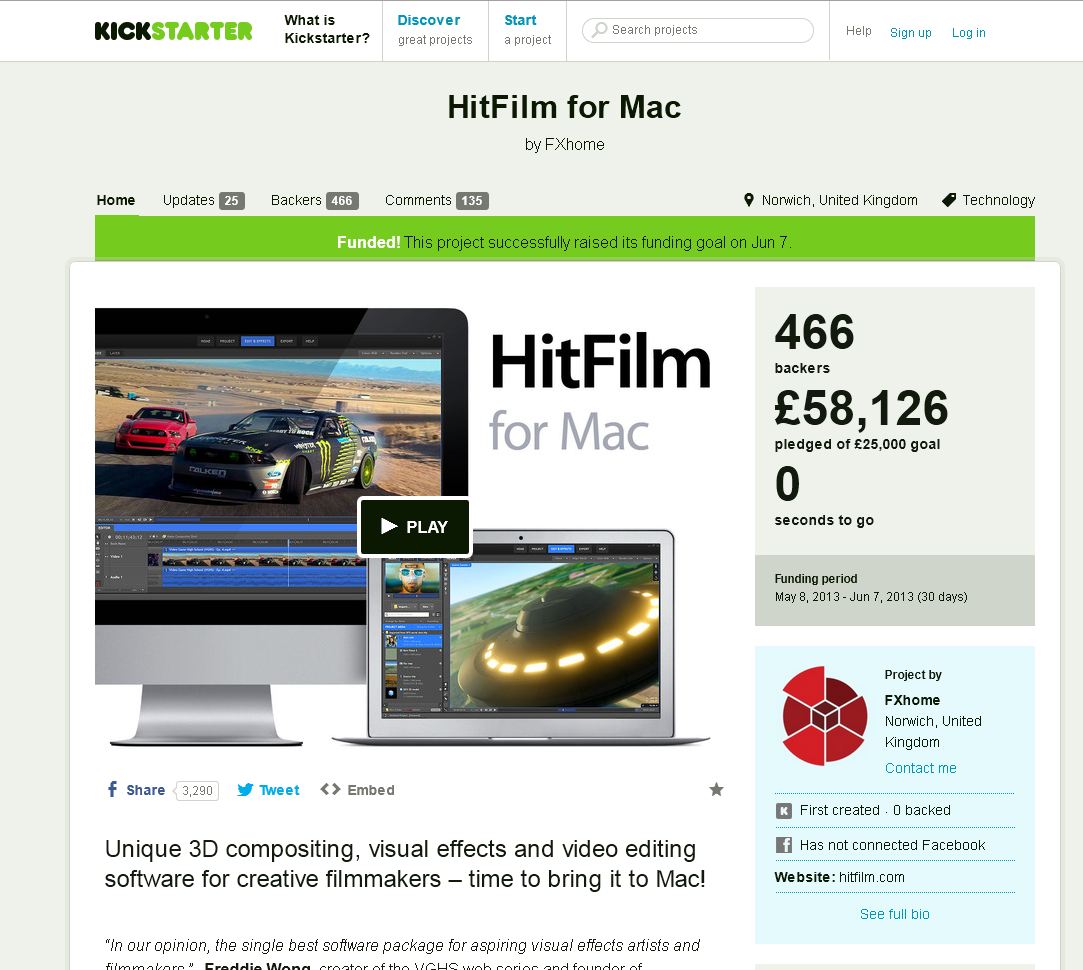 So, a little more than six months later, we now have HF2U for Mac.  What's important to keep in mind is that nothing new was added to the Mac version of HF2U.  The Kickstarter was only to get HF2U to market, and that's it.  The Mac and PC versions will be updated together as new versions are released.   Now, I know you're probably thinking “How good can it be?”.  Well, let's break down the new features:

Yep, that's right.  You can import .obj, .lwo or .3ds models right into your composites.  No 3rd party plug-in required.

Including a pretty cool Particle System and Shatter engine, as well as (super fast) text extrusion.

With a redesigned timeline and viewer, and a bigger editing toolkit (including the standard ripple, roll, slip and slide.), editing your footage is now just a tab-click away!

Mocha for Hitfilm and Vegas Integration

If you want to compete with the big boys, you need to make sure you have a level playing field, and the addition of Mocha, directly in the HF2U timeline makes adding realistic looks tracks to your projects quick and easy.  Vegas users also have the ability to work with HF2U from right within their timeline.  Send files to HF2U and import HF2U projects right into Vegas.  Very cool….and obviously Windows only!

Windows and Mac users alike should check out HF2U, as there are some very cool features in it that don't come standard in any other compositing application out there today.  Download the free demo at hitfilm.com, and look for the review coming very shortly to Pro Video Coalition.