Here we are in Part III of our series, Lighting Tips for Cinematographers. To recap, in part 1 I discussed the topic of lighting for foreground and background exposure. I wrote about how to achieve the standard look of exposing your foreground 1 stop above your background as a framework to begin. Then I showed some examples of how you can break that rule. In part 2 I talked about the checkerboard pattern and how this method will create depth and direct the viewers attention to certain aspects of the scene. As a storyteller this always increases your ability to effectively tell your story and guide the viewer on the journey you have laid out for them.

Helpful Ways for Cinematographers to Get a Grip on Lighting

In part 3 I’d like to discuss a simple but yet very much overlooked concept and that is the single source lighting method. What do I mean by “single source?” Do I mean only using one light? No. I mean catering your lighting so that it mimics a single light source such as the sun or moon or interior environments such as overhead fluorescents in an office environment. In the real world, this is how we see life. As filmmakers, in order for people to believe what they are seeing, we need to mimic the real world as much as possible.

I bring this up because many times I’ve seen films where a subject or scene is lit with two opposing lighting sources, creating multiple shadows and thus creating a scene that is not believable. Now before I get too far I will say there are exceptions to this but just like previous posts in this series, let’s set the foundation for proper use and then we can discuss breaking the rules. As with the single source technique and the other techniques I mention in previous posts, these rules are set in place to help you tell the story, direct the audience’s attention and exaggerate the mood of the scene. In other words, all of this helps you become better story tellers!

First, here’s the rule: Light your scene from a single side so that shadows are only seen opposite of your source. The best way to do this is set up your key light first from one angle. If you see a window or door in your frame, make sure you light from that side. You can even elect to light through that opening but  sometimes, depending on the angle of your camera, that may not be the best method. Also, for your key light you want to try and use just one light. Using one light eliminates the risk of complex shadows. If you have to use multiple lights, get them as close together as possible and use diffusing so shadows are limited and are not stark. I want to begin with showing you some great examples of single source lighting in different frame compositions. 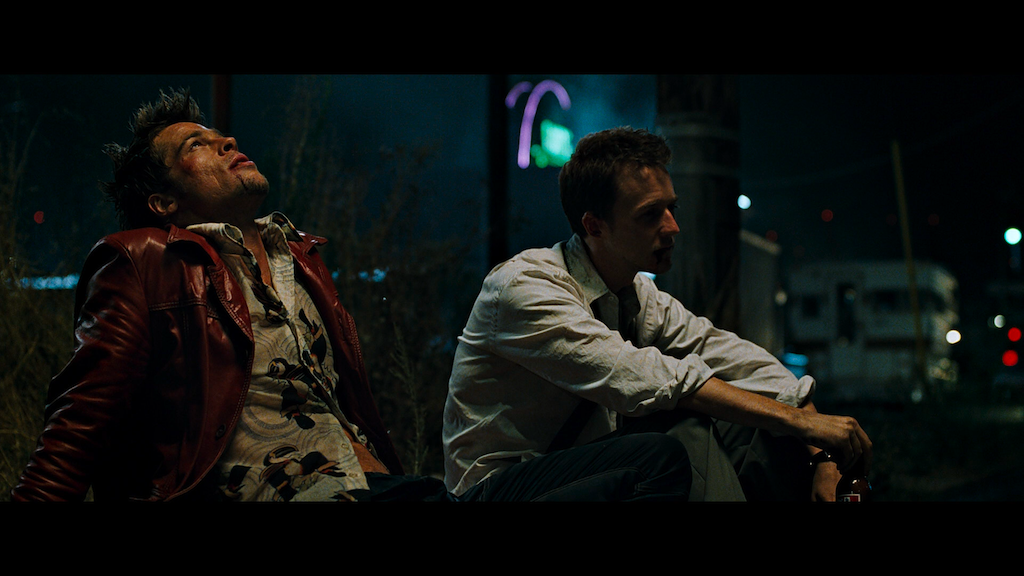 As you can see in this shot from Fight Club, the lighting is definitely made to look like it’s coming from a street lamp. No fill or ambient lighting added, very stark. To see his face, Brad Pitt’s character looks up. Sometimes the character’s movement will accentuate what part of them will be lit or not while the lighting justifies the scene. 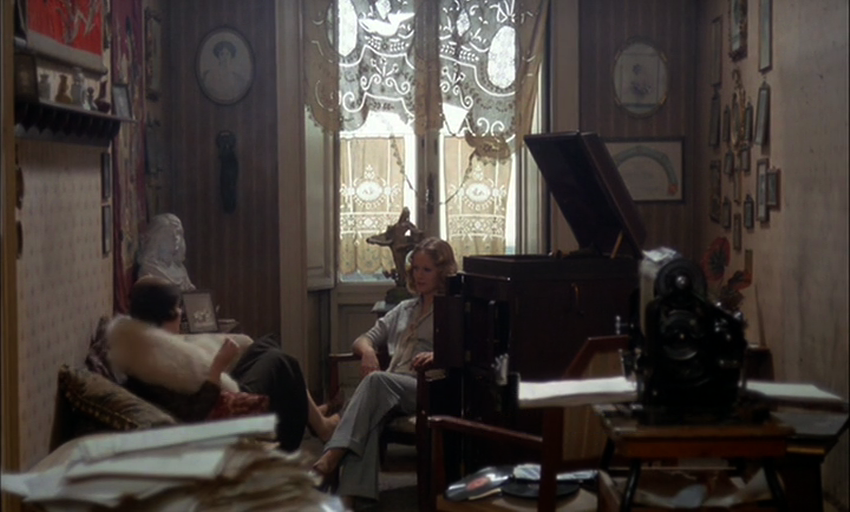 Here in the film The Conformist, legendary DP Vittorio Storaro mimics the window light for this scene but as you can probably tell by the shadows, the light is not coming from the window at all, it’s coming from above the set, most likely stage lighting. But here again, it’s single source lighting. 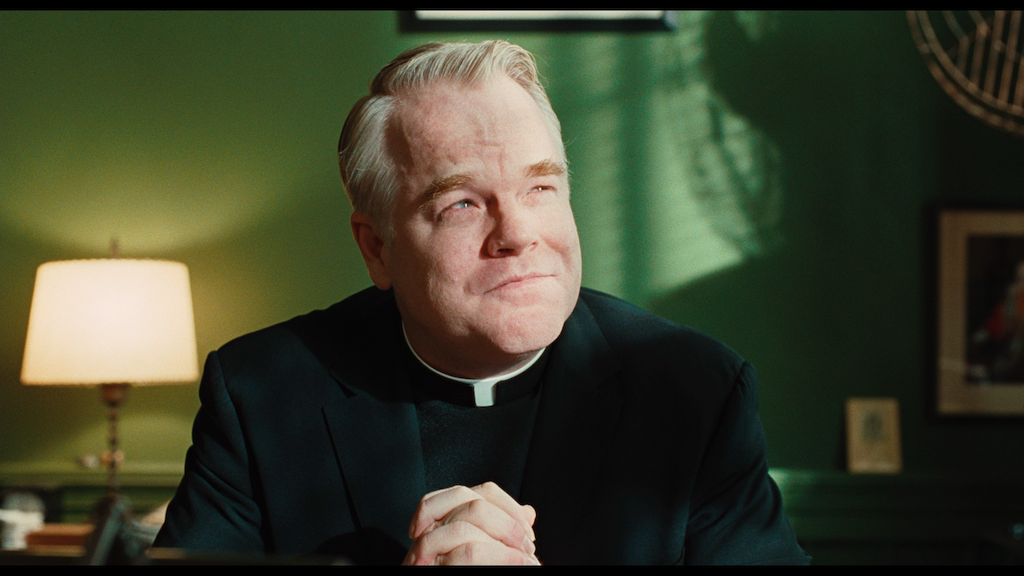 And last, from the movie Doubt, Deakins highlights the source of light by splashing a little onto the back wall using blinds and the fan for texture. Even though the lamp behind Hoffman’s character is seen, very little of it has an affect on the character. Just a little tiny bit on his hairline. But overall it’s another example of using the single source technique.

I’m sure I’m going to get this question so I’ll go ahead and address it now… what about fill light? Yes, fill light is often opposite, or shall I say, 45-90+ degree offset of your key light. But your fill light should never be powerful enough to produce shadows over your key or primary source. It’s exactly what the term means, a fill light so it’s primary function is to just just fill in dark or low light areas.

Now, you may ask “when is it ok to break this rule?” One area is when your setting is obvious to the audience that is has multiple lighting sources, such as stage lighting (concert, theater, etc) then having multiple lighting sources is appropriate. As long as you have shown the audience the setting in which your character is in. It’s purely acceptable because you’ve established your setting with the audience and it’s now believable that your subject would be lit from different lighting sources. In sci-fi genre films this rule is broken as well because in space, there is no single lighting source unless you’re using the sun, planet or a star to illuminate your character but often it’s interior lighting. However, even with this leeway, it’s not often used except for effect lighting. Watch the films, Alien, 2001 Space Odyssey, Blade Runner, Star Trek (2009 or later) and you will see they still employ the single lighting course method when lighting their characters. Horror and thriller films is another genre this rule is repeatedly broken but that is to throw the audience off and keep you on the edge. It’s also for affect, to show mystery and eeriness.

I hope this helps you begin crafting your lighting setups. Feel free to comment and share your thoughts about the single course method.