If the first film review in Variety is any indication, Director David Fincher’s film adaptation of Gillian Flynn’s bestselling novel Gone Girl will be well worth the price of admission. Many filmgoers will see the movie because they like the actors, the genre, or because they’ve read the book. Many others will go because they love Fincher’s vigorous storytelling, his impeccable pacing, and his striking visual style. 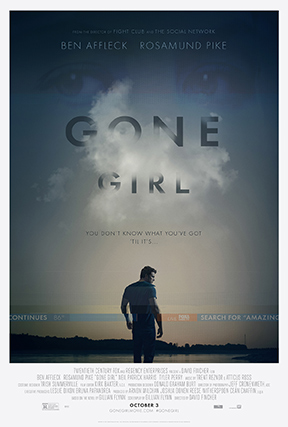 Whether the audience is conscious of it or not, it is Fincher’s careful structuring of narrative and imagery that makes his films so powerful. Gone Girl is the first Hollywood feature-length film cut entirely in Adobe Premiere Pro CC.

Fincher is a director known for pushing technology to the edge. To help realize his ambitious vision for Gone Girl, he shot the film with a RED Dragon camera in 6K and assembled a top-notch post-production team. Two-time Academy Award winner Kirk Baxter, ACE, edited the film with help from an editorial department that included Tyler Nelson, his long-time assistant editor. Peter Mavromates worked as post-production supervisor, while Jeff Brue of Open Drives was the post-production engineer. Fincher had worked with the group before, but the decision to use an integrated Adobe workflow with Adobe Premiere Pro CC at the hub, was a first for the tech-savvy director. 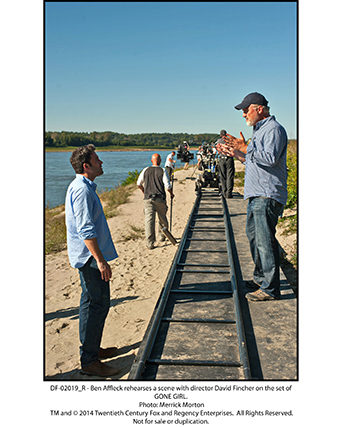 After successfully cutting a Calvin Klein commercial with Premiere Pro CC, the team set out to determine what it would take to support the demands of a two-and-a-half hour feature film using the same Adobe workflow. Brue was tasked with designing the storage system that would enable Premiere Pro to work smoothly within a demanding 6K production pipeline.

“Our goal was to get as many iterations as possible of the opticals and visual effects in a given period of time to make the story as strong as we could,” explains Brue. “The ask was for nothing less than perfection, which pushed us to do better. When it came down to it, Adobe Premiere Pro CC was faster than anything else in the market. That speed meant more iterations, more time to work on a shot, and more time to perfect an edit.” 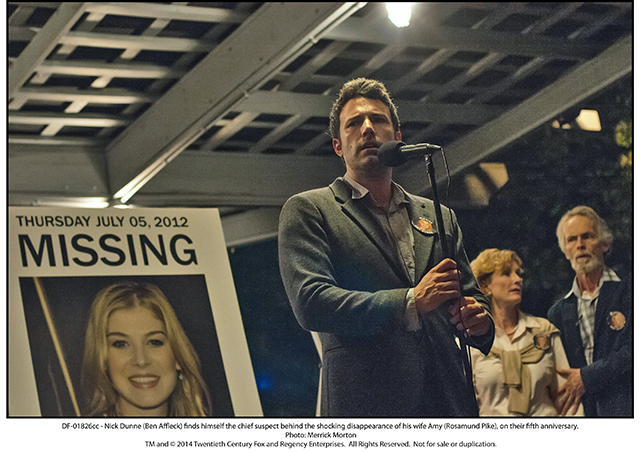 Having worked on previous Fincher projects, Mavromates comfortably assumed the role of managing the pipeline, helping determine the post-production goals, and guiding the visual effects work. With a plan in place, Baxter got started on the edit, working closely with Fincher and relying on Nelson and others on the editorial team to navigate the technicalities of working on such a cutting-edge pipeline.

Fincher shot in 6K with multiple takes, giving the team plenty of material to work with. With a gift for bringing out the best in everyone on a project, it would be easy to assume that the film is comprised of only “perfect takes.” In fact, 80% of the shots were enhanced in some way, from reframing and stabilization to split-screening to remove an extra breath. 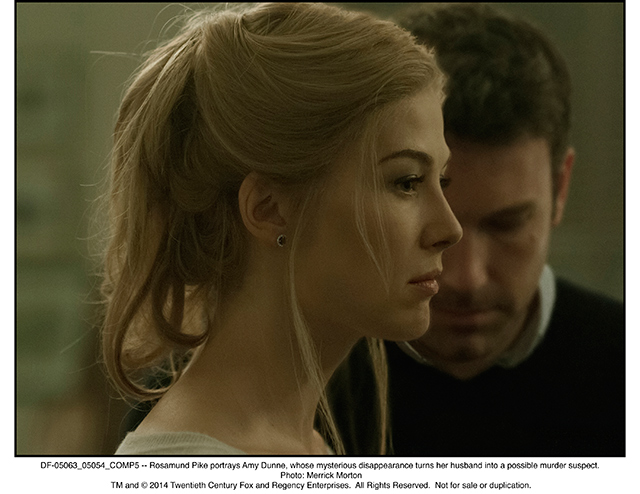 The result, after a lot of meticulous detail work, is a film where every shot seems flawless. As the Variety review says, “…editor Kirk Baxter cuts the picture to within an inch of its life while still allowing individual scenes and the overall structure to breathe…”

“On every film we face the challenge of reducing the screen time without losing content,” says Baxter. “If we don’t have to cut out lines, but instead remove time from a scene by making invisible edits, that’s a win. The way David overshoots the frame in his films allows me to edit within the shot, then I throw it to the guys to sew together in After Effects, make it spotless, and stabilize the shot. That way David can judge the shots by the performance and delivery, rather than making comments on the technical aspects.”

Much of the visual effects work was done in-house, which allowed the team to work iteratively, in parallel with the editing. For example, Baxter could edit in Premiere Pro while others worked on shots in After Effects. The saved compositions would automatically update in Baxter’s timeline thanks to Adobe Dynamic Link. This integrated and interactive workflow kept shots looking cleaner and eliminated distracting back-and-forth discussions so the entire team could focus on the story as it took shape in the edit bay. This streamlined workflow was one of the main advantages for “Team Fincher.” 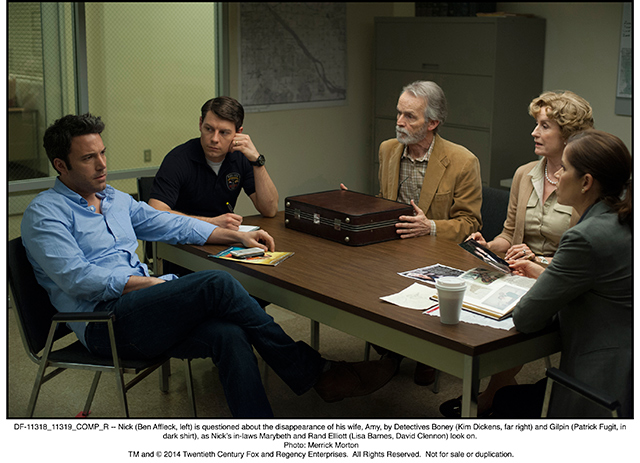 “On Gone Girl we managed to do a huge number of effects shots, probably more than 200, in house thanks to the tight integration between Premiere Pro and After Effects,” says Mavromates. “I don’t think the average viewer will think of Gone Girl as a visual effects movie. However, when you look closely at David’s movies he is playing little visual tricks and we are doing brass polishing on a significant number of shots.”

This talented group of self-described perfectionists, supported by a gifted and driven post-production team, put the Adobe video workflow through its most rigorous use case to date with great success. Now, with the hard work behind them, they can sit back and watch their months of work unfold for theater audiences around the world.

Check back for in-depth interviews with Kirk Baxter, Tyler Nelson, Peter Mavromates, and Jeff Brue about their work on Gone Girl!