Fujifilm announced this October that it will discontinue its Fujifilm Professional Video Tape, due to a steady decrease in market demand. 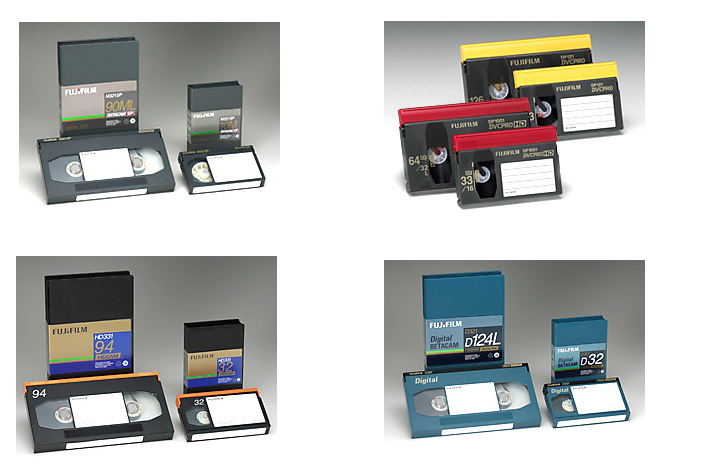 In a note to distributors and clients, Fujifilm announced this month that some of the products from their Fujifilm Recording Media catalogue will no longer be produced. If you want to keep using them, this is the time to stock up!

If there is a company from the analog era that has rapidly moved into digital is Fujifilm. Still, the company has kept producing some of their analog products, sometimes for surprisingly long periods of time. Yes, some references have vanished, prices on remaining products became higher, but we still have films, papers and tapes. Well, now we will have a little less, as Professional Video Tape is about to disappear from the market.

This is probably the right time to remember that Fujifilm developed Japan’s first broadcast-use video tape in 1959, and rapidly became a leader in the development of professional-use video tape technologies. In fact, the milestones in Fujifilm’s corporate history reflect the pioneering role the company played within the industry, and form the basis for its worldwide reputation for innovation and excellence.

The market is shrinking, there is less demand for professional video tape so Fujifilm reached the conclusion that it is better to discontinue these products. However, the company will continue sales of Fujifilm Professional Video Tape until our inventory of these products is depleted.

It should be noted that this decision does not affect some products from the Fujifilm Recording Media catalogue. Fujifilm will continue to supply Fujifilm XDCAM 23 & 50 GB products as well as Fujifilm P2 cards in 30 & 60 GB. According to the company there is no plan to discontinue these formats at this time. 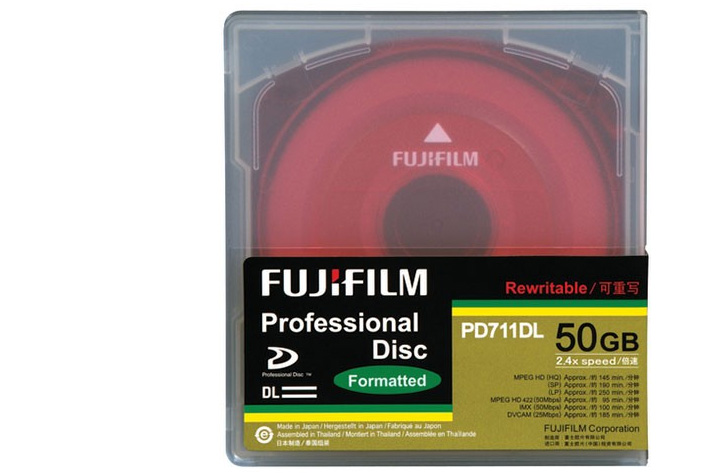 Developed for professional XDCAM recording, the Fujifilm PD711 Professional Discs single layer (23GB), launched in 2007, was well-accepted in the broadcast industry, so Fujifilm introduced the Fujifilm PD711 dual layer disc (50GB), to meet the need for higher capacity. By adopting recording layer which is appropriate for high density recording and dual recording layers structure on one side, Fujifilm has realized 50GB recording capacity. At the same time, Fujifilm has realized low error rate and ultra wide power margin at both layers with Super Advanced Rapid Cooling Structure. 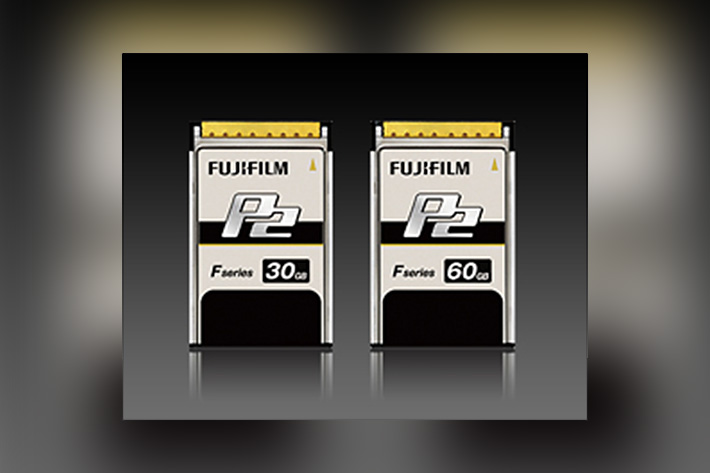 The Fujifilm P2 cards are low-cost, high-speed transfers F-series P2 cards compatible with Panasonic’s P2 systems. A single 60 GB card is capable of recording about 120 minutes of HD data, when used with an AVC-Intra compatible device using AVC-Intra 50 compression. The F-series can offer an impressive maximum transfer rate of 1.2 Gbps when used with compatible hardware, made possibly by newly developed high-speed memory controller.