One of the 84 world premieres at the 2017 South By Southwest Film Festival, Flesh and Blood was shot with several of Blackmagic Design’s digital film cameras, color graded in DaVinci Resolve Studio, with Fusion used for the visual effects. 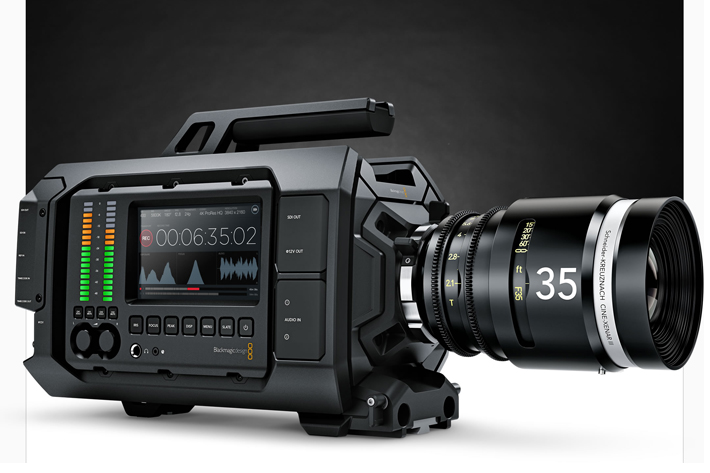 Flesh and Blood is acclaimed indie director/actor Mark Webber’s latest feature that blurs the lines between fiction and reality as it explores family dynamics. The film is an example of how the name Blackmagic associates to all aspects of filming, from production to post-production.

The film was included in the Visions section of the  SXSW Film Festival, which is reserved for audacious filmmakers, risk-taking artists in the new cinema landscape who demonstrate raw innovation and creativity in documentary and narrative filmmaking. Flesh and Blood fits well in the category, as it explores family dynamics using Webber’s real family as the cast and real life situations as the backdrop for the story. It was filmed on location in March 2016 in Webber’s hometown of Philadelphia, PA. 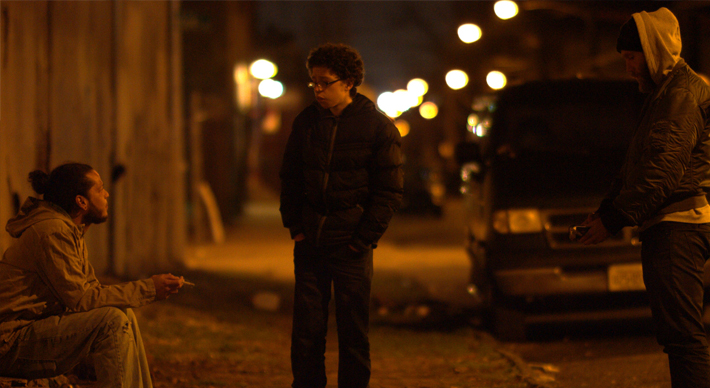 The film was shot with several of Blackmagic Design’s digital film cameras, including URSA Mini 4.6K, Production Camera 4K and Pocket Cinema Camera, by DP Patrice Lucien Cochet. Producer and Post Production Supervisor Dustin Hughes also used Blackmagic Design’s professional editing, color grading and finishing solution DaVinci Resolve Studio to color grade the film, as well as Fusion for visual effects (VFX) work. Through the words of Dustin Hughes we are taken behind the scenes, to discover how the Flesh and Blood was created.

“What made this such a unique project to work on was the shooting style of reality cinema that uses elements from both documentary and narrative filmmaking to tell a story. Almost the entire cast were non-actors taking on roles that mirrored their real lives,” explained Hughes. “There’s a vulnerability in these kinds of performances that gets lost if you bring in a large crew and a ton of equipment. A lot of the film is based in truth, and we had to let scenes to play out as they naturally would which meant we had to trust in our cameras and our operating skills to get the necessary coverage on the first take.”

Cochet and Hughes selected an URSA Mini 4.6K as the film’s A camera, a Production Camera 4K as the B camera and a Pocket Cinema Camera for select shots. The filmmakers shot in RAW which allowed for reframing and punch-ins later during the editing process, and in turn gave the actors the freedom to move around during the highly improvisational scenes.

“We were shooting really long days, seven days a week in all kinds of situations like snow and rain, just punishing the camera day-in and day-out, and it never once had a single glitch,” said Hughes. “There are so many things that can and will go wrong when you’re in production, and gear can’t be one of them. With the URSA Mini 4.6K, it felt like such a luxury to have a camera that would show up every day and work exactly how we expected it. And then when you look at the image coming out of the camera it’s astounding. We wound up getting a really nice cinematic look that was also realistic. 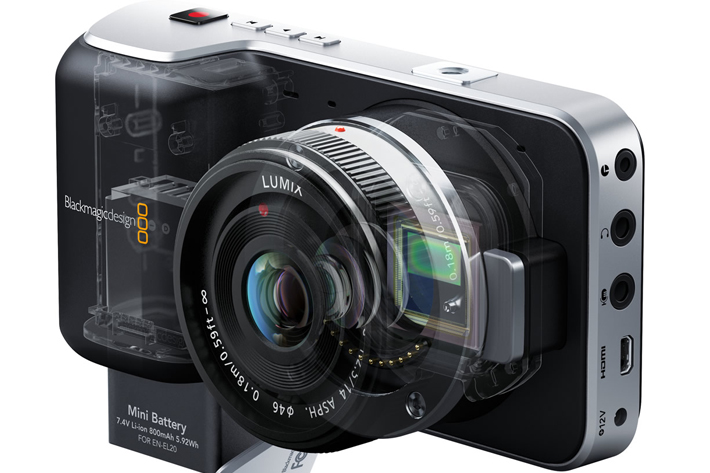 “Our goal was to keep the crew’s footprint as small as possible, so it was really helpful to have the camera’s built-in monitor that could flip out when needed since it saved us from having to bulk things up with an external monitor. We used the URSA Viewfinder throughout the entire shoot. The way it attached solidly to the camera, along with the URSA Mini Shoulder Kit, meant we could essentially lift the camera out of the case and start shooting. With the built-in stereo microphone we could capture reference audio for syncing to production sound in post and avoid attaching an external mic. We saved a lot of time on set by avoiding the usual time suck that comes with building out a camera and juggling a bunch of accessories.”

For one of the film’s key scenes, Webber and his mother attend an Alcoholics Anonymous meeting. Hughes explained, “It was one of my favorite scenes because it was so raw and authentic. This wasn’t a staged meeting; it was actually occurring in the moment with a group of very giving people who allowed us to attend and film it. The meeting itself had a lot of shooting challenges, starting with the lighting. The room was surprisingly dim other than banks of windows that were completely blown out. Designing our shots or lighting it wouldn’t have let the scene unfold organically, so we just had to use what was naturally there. Luckily, the URSA Mini 4.6K’s dynamic range helped cut through all of that and got us a wonderful realistic cinematic image we could use. The scene was also challenging to shoot because everyone was sitting in a big circle and since it was a real meeting, we never knew who was going to be talking next. We cross shot the whole thing for an hour without stopping, as we didn’t want to ruin the intimacy or diminish the experience of those there by directing it.” 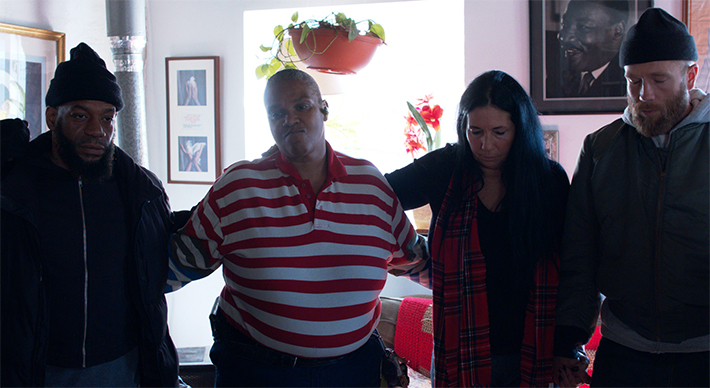 “We also did a lot of shooting in cars. This is where the Pocket Cinema Camera was really handy because we could mount it on the windshield facing inside the car and get a nice intimate angle,” said Hughes. “The car had a black interior and the sky outside was bright daylight, so we needed a camera that was not only small but also had a dynamic range that could handle it. The Pocket Cinema Camera was perfect for that. For other scenes, we were able to squeeze into the backseat to cross shoot our actors with the URSA Mini 4.6K and Production Camera 4K.”

During production and post production, Hughes and the team relied heavily on DaVinci Resolve Studio for all their DIT, transcoding and dailies review, along with last minute editing changes and the final color grade. Additionally, Fusion was utilized for all of the film’s VFX and cleanup work.

“The film was conceived and made with a very nontraditional approach so our production and post-production environment had to be as simple and flexible as possible. I was able to build our entire workflow around DaVinci Resolve Studio. It was our digital Leatherman from production through post. We used it for all our DIT needs like cloning cards, checking footage and transcoding proxies to send back to our editor in L.A. Then in post production it allowed us to make last minute edit changes to the film while doing our final color grade.

“DaVinci Resolve Studio’s Fusion Connect feature also let us seamlessly bounce back-and-forth with Fusion as we were completing our VFX work. Due to the film’s shooting style, we tried to avoid doing second takes as we felt it made the scenes less authentic. That, coupled with the scenes’ impromptu nature, meant that the crew inadvertently ended up being in the background of some shots. We used Fusion’s tracking and paint tools to remove the crew and gear from reflections and such. While the film is based in truthful moments, it is ultimately intended to be a narrative film, so we felt it was important to capture it as authentically as possible but not break that fourth wall, which is why Fusion was so crucial in the end.”