Part 1: A quick overview of the models, features and first tests with the HERO11 Black

GoPro announces 3 new cameras with the HERO11 Black, HERO11 Black Mini and the HERO11 Black Creator Edition package. I was able to get my hands on the new HERO11 Black for a few days and give it a quick test – but the full feature review will come in Part 2 later when everything is available and I have a chance to really run them through the paces!

The GoPro HERO11 Black is their flagship product that features a new larger sensor, 10-bit color video, new ultra-wide “Hyperview” FOV, Hypersmooth 5.0 stabilization, full 360-degree horizon lock and the high performance Enduro battery. Surprisingly, they also introduced the new HERO11 Black Mini which has a smaller footprint akin to the GoPro Session some years back, but has all the performance features of its big brother, with a simple one button design.

The HERO11 Black Creator Edition adds the mod package that vloggers and content creators really need, including the Volta batter grip (providing up to 4 hours continuous 4K recording per charge), the Media Mod and LED Light Mod. I’ll be getting into the features and capabilities of this gear later in the article. 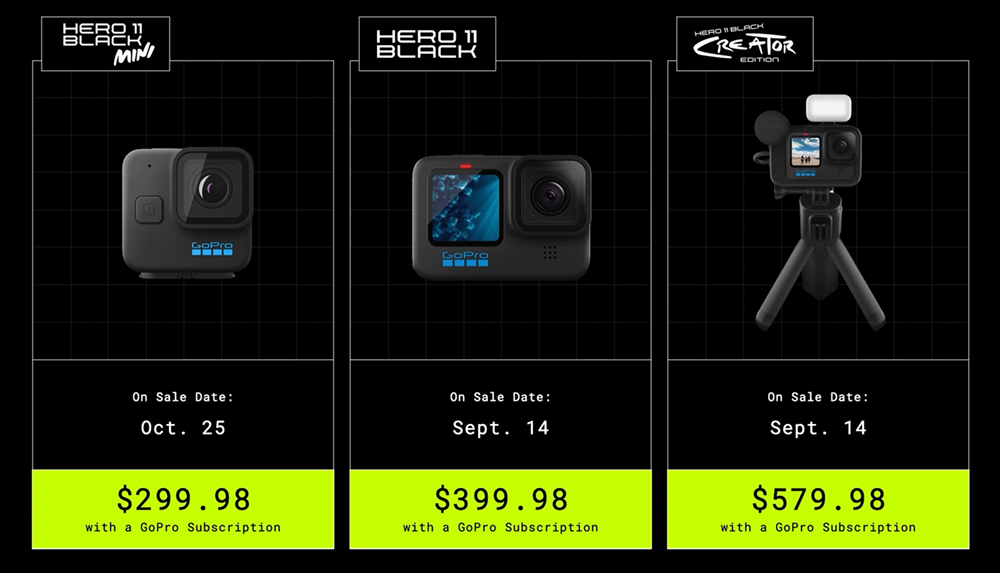 From the GoPro Press Release:

New Larger Sensor Captures 10-bit Color and the Widest, Most Immersive Native Field of View in a HERO Camera

The new 1/1.9” sensor delivers over 1 billion colors in 10-bit color video at up to 5.3K resolution at 60 frames per second in both HERO11 Black and HERO11 Black Mini and 27 megapixel photos in HERO11 Black for images that are truer to how your eyes perceive them in the real world. This results in 64X more colors captured in 10-bit video over the 16.7 million colors in 8- bit, a staggering leap forward in image quality over previous GoPro cameras.

HERO11 Black’s new larger sensor also enables 8:7 aspect ratio video for the largest vertical field of view ever on a GoPro. This means you can now capture more of a scene vertically with the ability to crop for different aspect ratios in the GoPro Quik app—perfect for simultaneously creating extra-tall 9:16 vertical shots for Instagram and TikTok, plus high-resolution 16:9 cinematic shots ideal for YouTube or the big screen. You can also zoom in on the best sections of your videos to create high-resolution closeups.

The new sensor also enables HyperView, the widest 16:9 field of view ever native to a HERO camera. Ideal for filming first person view of yourself biking, skiing, surfing, motorcycling and similar activities, HyperView makes your favorite activities look faster and more heroic than you ever imagined possible.

All Three HERO11 Black Cameras include:

Why the GoPro Subscription*?

The GoPro Subscription enables your GoPro camera to auto-upload your footage to your GoPro
cloud account with unlimited backup of all your shots at their original source quality. What’s
more, you’ll receive a highlight video of your footage immediately after it’s done uploading to
the cloud. GoPro subscribers also enjoy the following benefits: 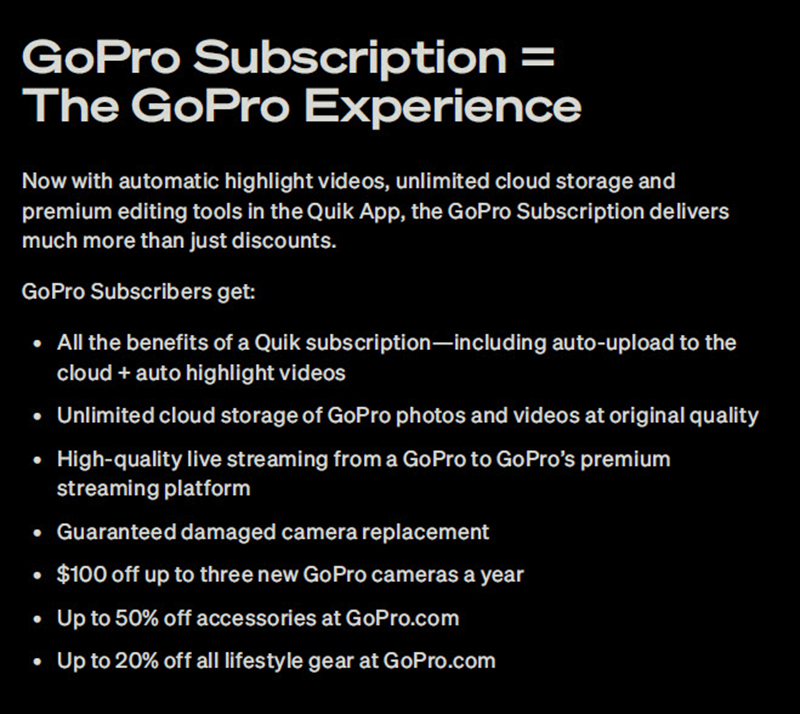 Once you’ve finished shooting and connect your GoPro to you computer to charge, it will automatically start uploading your videos to the cloud through your GoPro.com account and store them for access to editing. Once the transfer is completed, GoPro will send an edited highlight reel to your iPhone that you can then share with your social media audience and friends.

Since this feature hasn’t been available until launch, I couldn’t test it yet, but here’s a short teaser video that GoPro has provided: 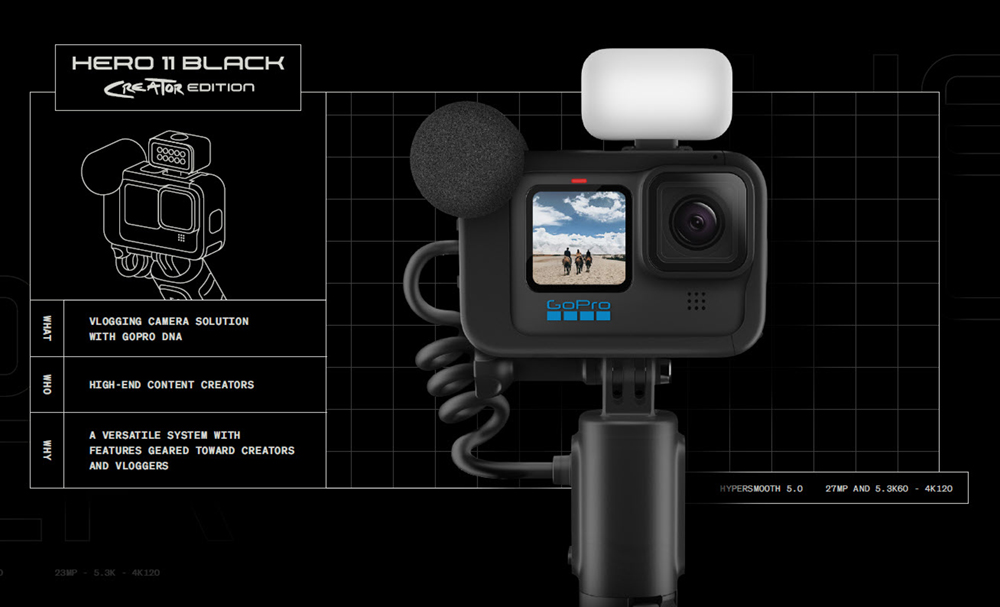 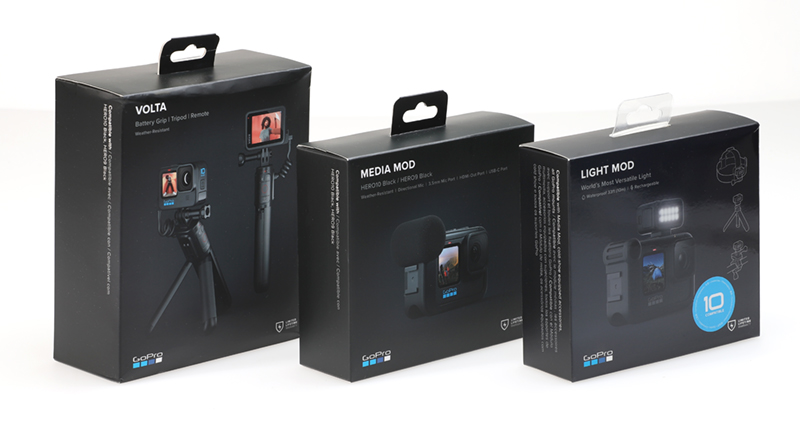 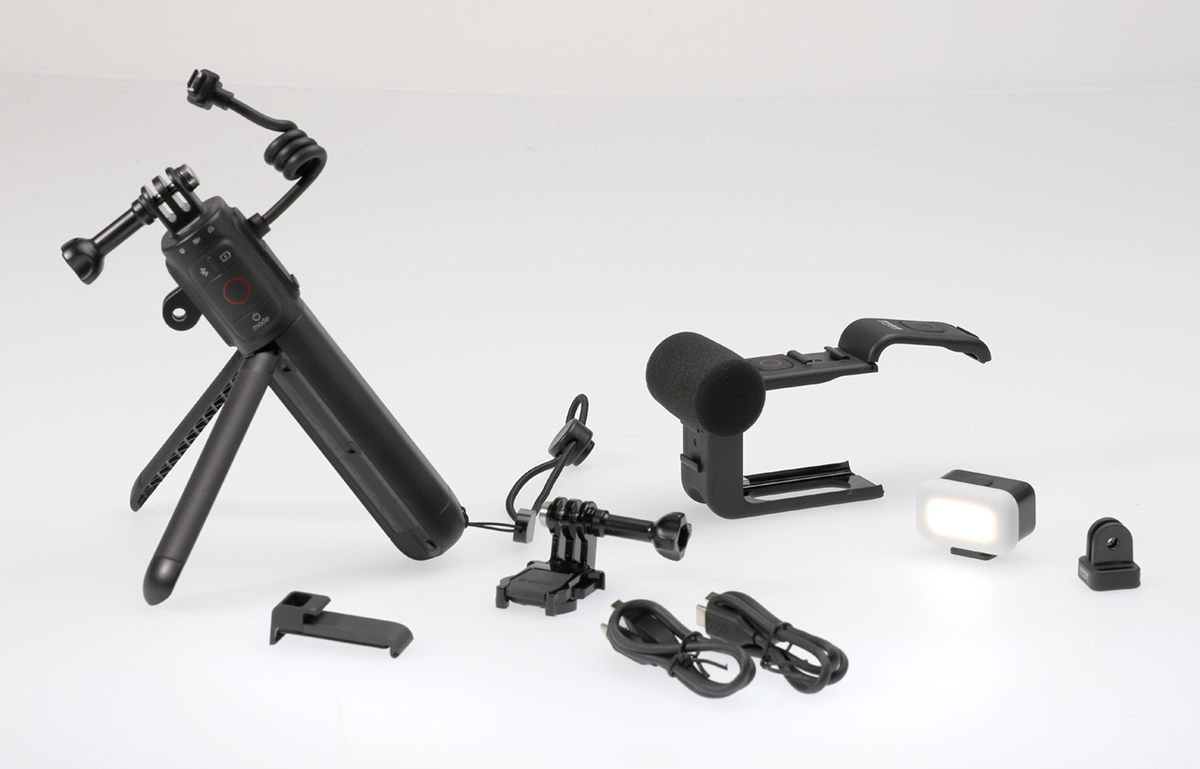 You can use the Volta battery grip by itself with the HERO11 Black or combine with the Media and Light mods for extra versatility for vloggers and recording interviews and events. The Volta grip also has folding legs for hands-free use while the mounting head swivels 360 degrees for vloggers that want to shoot themselves while mobile.

Back in 2011, I did my first GoPro HERO2 product review, and used our rescue dog “Halona” as a GoPro mule with a HERO2 mounted under her collar and took her for a walk through our neighborhood. Of course as entertaining as it was, the swinging motion of the camera was a bit much for some folks – but hey, we didn’t have stabilization back then! In honor of her 14th birthday this month, I thought it would be fun to re-enact the fun with the HERO11 Black and turn on the Hypersmooth stabilization with horizon lock and see how it would compare. 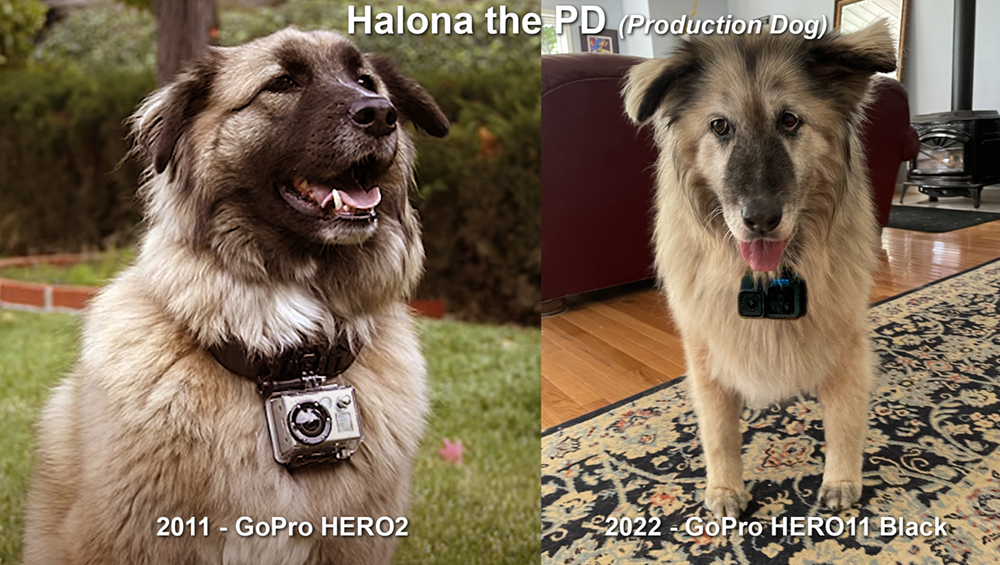 She’s a bit grayer now, but still loves to trot around our little farm and check out all the interesting smells the wildlife leave behind!

I’m always a sucker for strapping a GoPro on anything and everything that moves! So I dressed up once of my cam rovers with a body and a couple mounts to give it a spin around the farm and try a couple different setups. Due to the fires here in Northern California the past couple weeks, the dense smoke prohibited me from spending much time outdoors except for just a couple short windows of time that I could get in a quick run.

In this video, I ran a first pass in the daytime with a top mount and tried the new Hyperview so you can see the front of the truck and tires. I recorded it at full 5.3k 30p just to see how the wider FOV would look. Then I ran it again at night with a couple wide band LED lamps on the front in the dark just to see if it would work at all in such low light and I was impressed that it did as well as it did – especially since I had the Hypersmooth and Horizon Lock enabled. It’s a fun video but I am really looking forward to diving deeper into the settings and shoot some more interesting locations in the weeks to come for my Part 2 review. 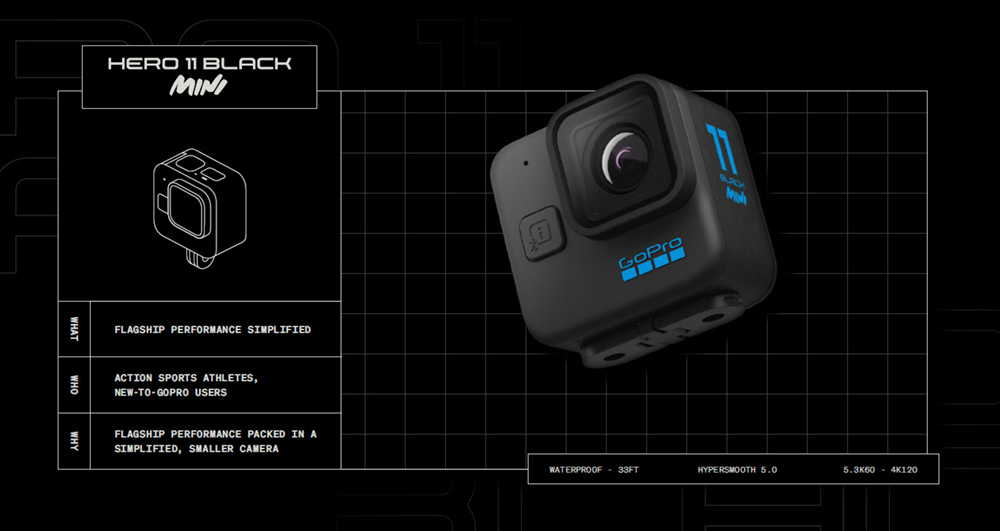 NOTE: I have no additional info on the HERO11 Black Mini at this time since they’re not available yet for review. Stay tuned for my Part 2 article for some more details and hands-on review.

GoPro has provided several comparison charts for the technically minded, and I thought I’d share them all with you to see which features are available on the different models and compared to the HERO10 Black.