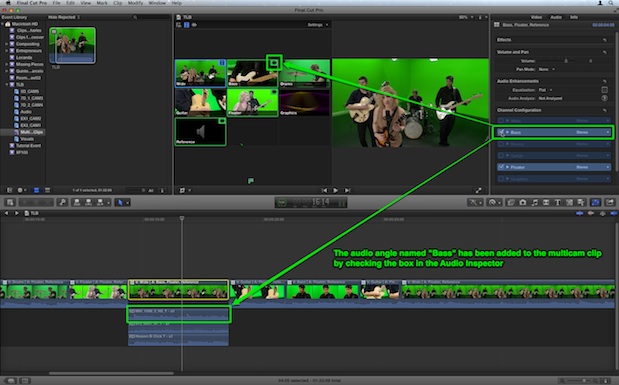 Today Apple released an updated to Final Cut Pro X. This 10.0.6 version (a free download to current FCP X owners through the App Store) includes several features already mentioned by Apple, as well as some nice surprises. Overall, I think it’s an outstanding update that seems to be based directly on user feedback. I’ll have more to say later, but for now here are a few screenshots and descriptions of some of the key new features.

Unified Import Window. You now import from cameras, card readers, servers and your Mac from the same window.  FCP X now supports PTP (Picture Transfer Protocol) so you can directly import files from a DSLR camera. You can create selection ranges to import – and you can even select multiple ranges on the same clip. Once the clip is imported you can rate and keyword tag multiple ranges for the ultimate in building quick rough cuts based entirely on metadata. And oh yes; Final Cut Pro X now remembers your selections when you click away from a clip. 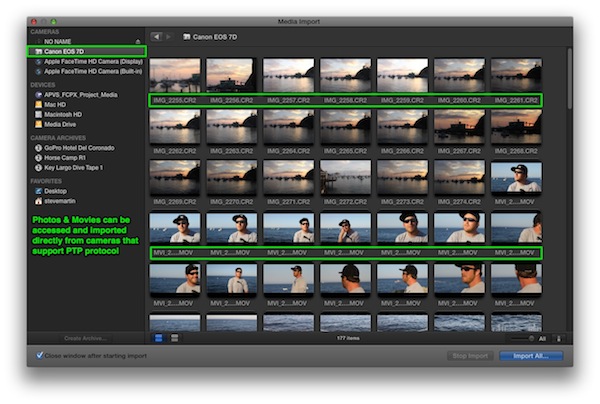 Import of RED R3D files. You can now directly import and manipulate the RAW settings of RED R3D files (you’ll need the free RED import plugin to do so). You can work with RAW files up to 5K and even drop them into a 1080 timeline and FCPX will give the choice to fit, fill or work with the entire raster. You can work with RED RAW file natively or transcode them to Apple ProRes 4444 or Proxy. No other NLE gives you this workflow. 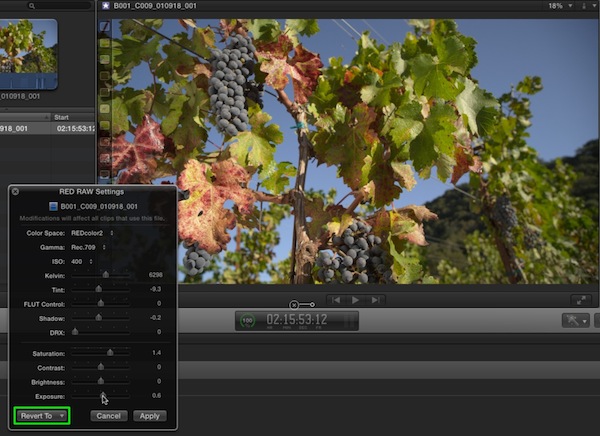 Audio component editing. This is huge. You can now access each individual audio channel, which FCP X calls components, in both the Inspector and the Timeline. You can rename, disable, adjust levels and panning, and trim each channel independently. When working collaboratively, FCP X lets you assign Roles to individual channels. 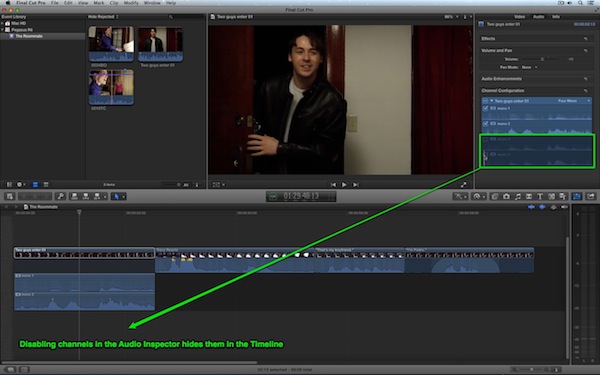 Multicam audio editing. With Multicam projects, the audio components really shine. You can include multiple audio components in a multicam edit, and you can then choose and edit components on a clip-by-clip basis. This means you can mix any mic from any camera with any shot. This feature alone makes Final Cut Pro’s multicam editor the most versatile of any NLE on the market. 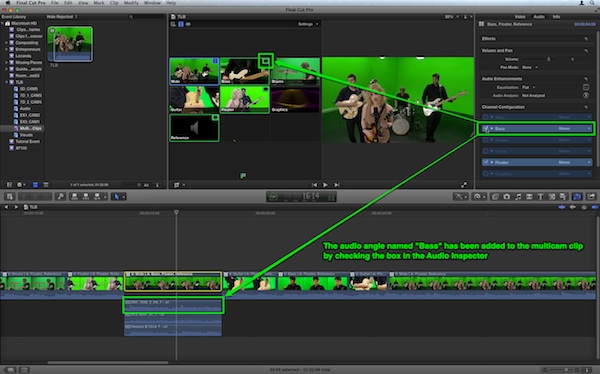 Flexible Connections. You can now keep connected clips from moving with the clip they are connected to by holding down the grave (tilde) key as you move, position, slip or slide a clip. A super-useful command. 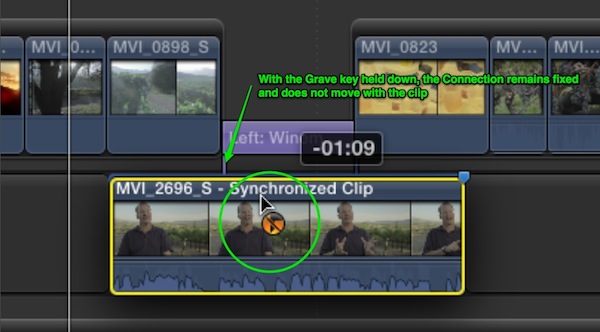 Dual Viewers. The new Event Viewer makes it much easier to match action or color between shots. Plus, unlike other NLE’s you call it up just when you need it, to maximize screen real estate on smaller screens. 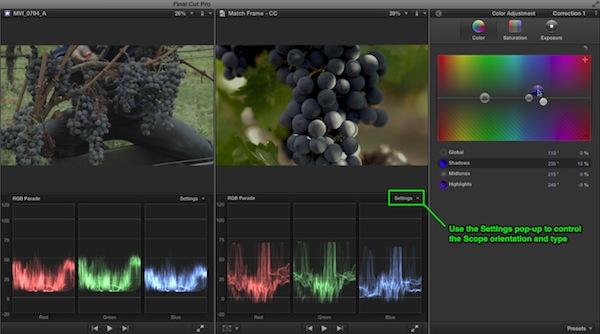 Paste Attributes. Yes, finally, you can now choose specific attributes to paste to other clips. But most importantly, Apple has improved on it by letting you “stack” attributes so that previous attributes will not be wiped out by the ones you are pasting. You can even paste Audio Enhancements. This is something you could not do in previous versions of FCPX. 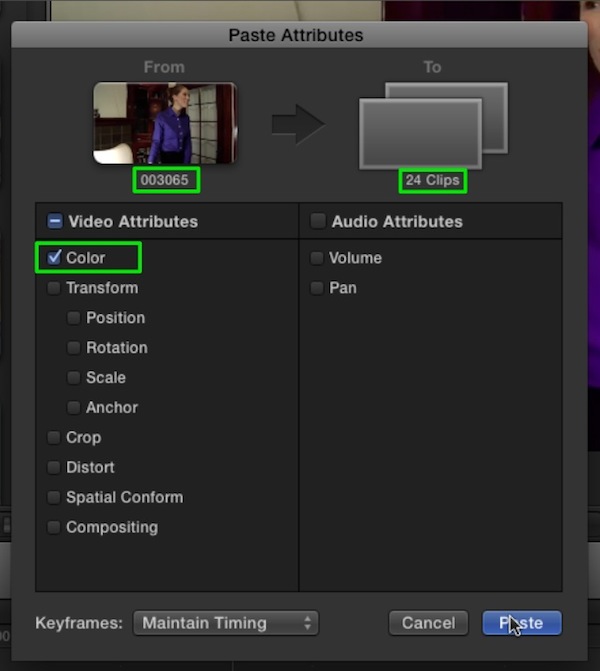 Freeze Frames. In addition to Hold Frames, you can now create Freeze Frames directly from an Event clip and add them to your project by pressing Option-F. Freeze frames can be copied, trimmed, color graded and treated like any other clip. 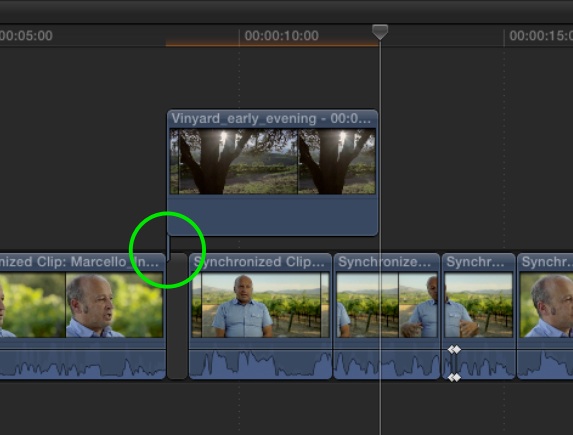 Improved compound clips. Compound clips are now “linked” to each other: changes to one will update all other instances of the same compound clip. This is great for reusing things like show opens in multiple projects. If you’ve used Multicam clips, Compound clips now behave the same way. Also, because the underlying metadata has changed for Compound Clips, you’ll notice much better playback performance and a smaller Project size.

Drop Shadow Effect. Quickly add and adjust a drop shadow to a clip. Oh, how I’ve missed you, drop shadow! 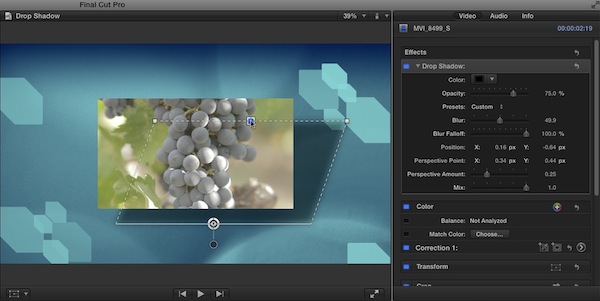 Blade-All. Shift-Command-B will cut all the clips under the playhead. This is a really useful shortcut for making all your connected clip’s in or out points conform to a specific location in the Timeline. 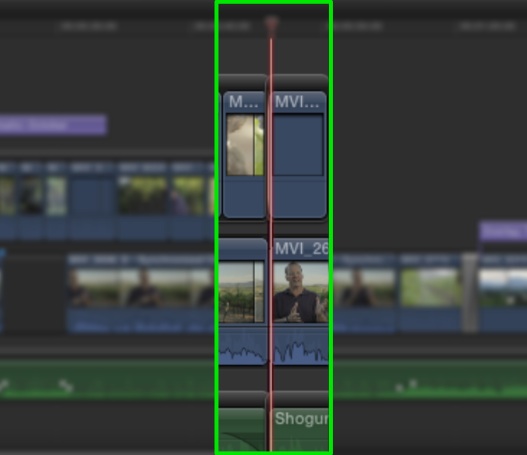 Streamlined Sharing. You now export using a new Destinations button in the toolbar. Destinations are highly configurable, and you can set up batches of destinations called Bundles that make exporting to multiple delivery options only a few clicks away. 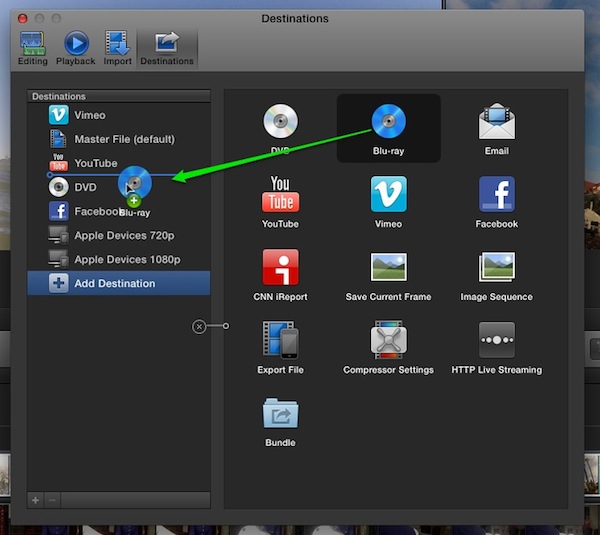 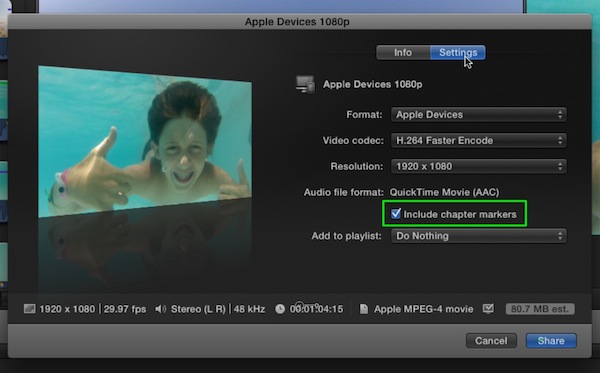 Keyword Tokens. You can now export keywords called tokens that are recognized by file-sharing sites. Set up all your metadata in FCP X and you are done. 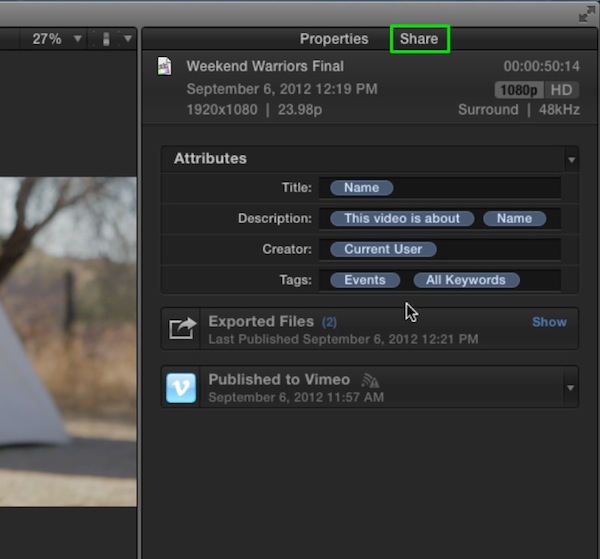 Export range. By setting a range in your project prior to exporting, you can export just that range to the destination you choose. A much-needed feature for clients who only want to see the section you’ve been working on. 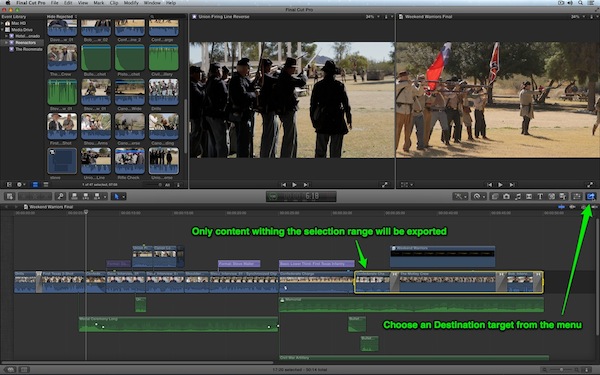 For the full scoop, check out our What’s New in Final Cut Pro X training available at Ripple Training.