Apple dropped a new version of their Pro Video Apps with updates to Final Cut Pro X, Motion and Compressor. FCPX goes to 10.4.9 and you’ll need to be running Catalina 10.15.6 to make the update. As usual, it’s free so hit the Mac App Store for the updates. A new workflows page on Apple’s website highlights some advanced use cases for FCPX. There are a few folks with some good advanced commentary and feature explorations so I won’t reinvent the wheel here and just embed some of their fine work with a few of my own comments!  Felipe Baez made the best video.

UPDATE 8/26/20: Seems this 10.4.9 is causing issue with some Sony MXF files. If you’re a Sony user (or using .MXF files in general) be aware of the problems some people are having. Be sure you zip up your old copy of FCPX before updating so you can get back to it if need be.

But this fix is nice:

Here’s a little find I found, being able to adjust the size of the timeline clips when in chicklet mode:

This was a nice little #FCPX find in the new update, you can now scale the smallest chicklet timeline view. That’s nice pic.twitter.com/vrTvsfzcK2

Audio Crossfade with a keystroke!

If you’re a Final Cut Pro X editor then you’ll want to update to the new version, 10.4.9 ASAP. No, not for the improved proxy workflow, or smart conform that will auto-reframe your video for social media, or the improved Metal performance for some heavyweight codecs but for this one: Audio Crossfade. (Just be careful if you update mid-project as Libraries are updated and won’t open in older versions). 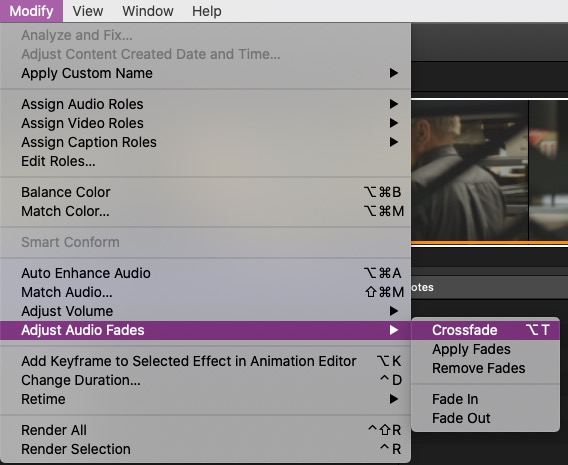 That’s big as it’s a single keystroke that will adjust the fade handles and extend only the audio and create a crossfade without a lot of work from the editor.

When you have multiple clips selected you get the option to create the Crossfade so you can crossfade across many clips at once. As you can see in the gif above the audio is automatically extended to create the fades. If you’re asking how FCPX knows how much to extend the audio to make the fade then check the preferences. 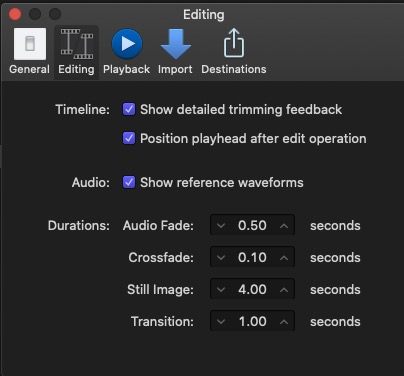 Nice to see that new Crossfade preference as the editor has to be able to set a default. Now my custom FCPX keyboard has a happier Adjust Audio Fades menu.

I love that I can assign keyboard shortcuts to these different audio options. It’s worth noting that if you want to remove the crossfades you can use the Remove Fades option but the handles that Crossfade created on the clips will still exist. We’re getting there!

The other big improvement that I think will mean the most to editors is improved proxy workflows. Here’s the summary:

– Option to display original media if proxy not available

– Make proxy only copy’s of library

I think the biggest thing for these proxy improvements is the option to set custom frame sizes. True to Apple’s philosophy they’ve given a lot of options but made it simple to choose.

When you use the new Transcode Media option you’re presented with a choice of two codecs and different sizes. This option is late to the game but welcome. In addition to options when you create proxies you can also now relink to proxies separately from relinking to original media. 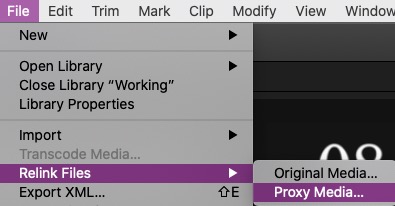 This lends lots of new options for proxy workflows including integration with the updated Frame.io and Keyflow Pro for proxy creation. You can also use any tool you want for creating proxies they just have to have the same audio configuration, frame rate and me a compatible frame size to your original media. I hope to see Kyno integration for easy proxy creation with that wonderful tool. 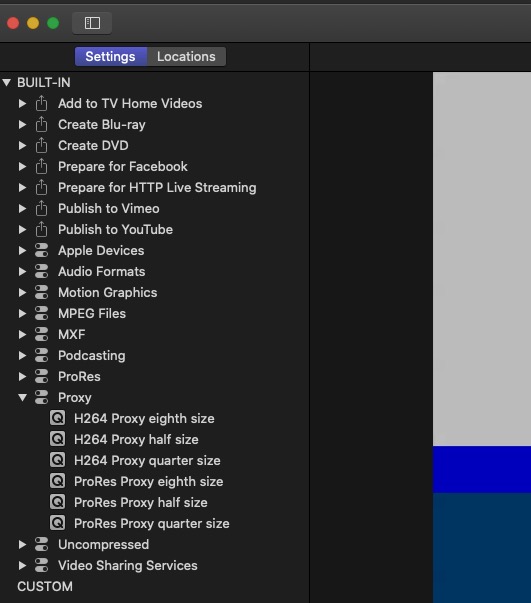 You could also make use of Apple’s own Compressor and new proxy presets that will do all of that compatibility calculation for you when creating proxies. New media consolidation options also makes it easy to consolidate only the proxy media to a new Library for easy offline editing.

This is super important #FCPX pic.twitter.com/BlAPTtUXiJ

I like this new Proxy Preferred option where you can view proxies if you have them generated and connected but full rez media if you don’t. This will be super handy in mixed resolution edits where you only want to generate proxies of some media and not others. Like DJI drone footage! 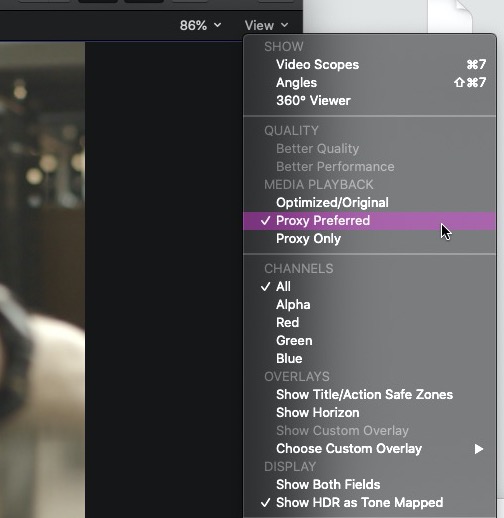 Some good proxy work across the board.

There’s a new option to Duplicate Project As… which will come in handy when you want to reformat an edit for social media. 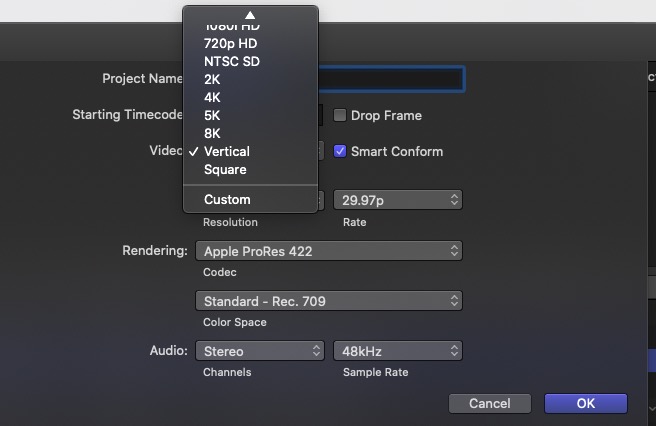 Of special note here is the new Smart Conform which will intelligently analyze your footage and reframe for your different social media formats and aspect ratios. If that sounds like Adobe’s Auto Reframe in Adobe Premiere Pro then you’re right, it does. But look at this:

Transform Overscan shows you parts of your shot outside of the frame when scaling and adjusting. pic.twitter.com/7DeUsFytnR

The new Transform Overscan option will let you see what FCPX reframes outside of the image and adjust accordingly. 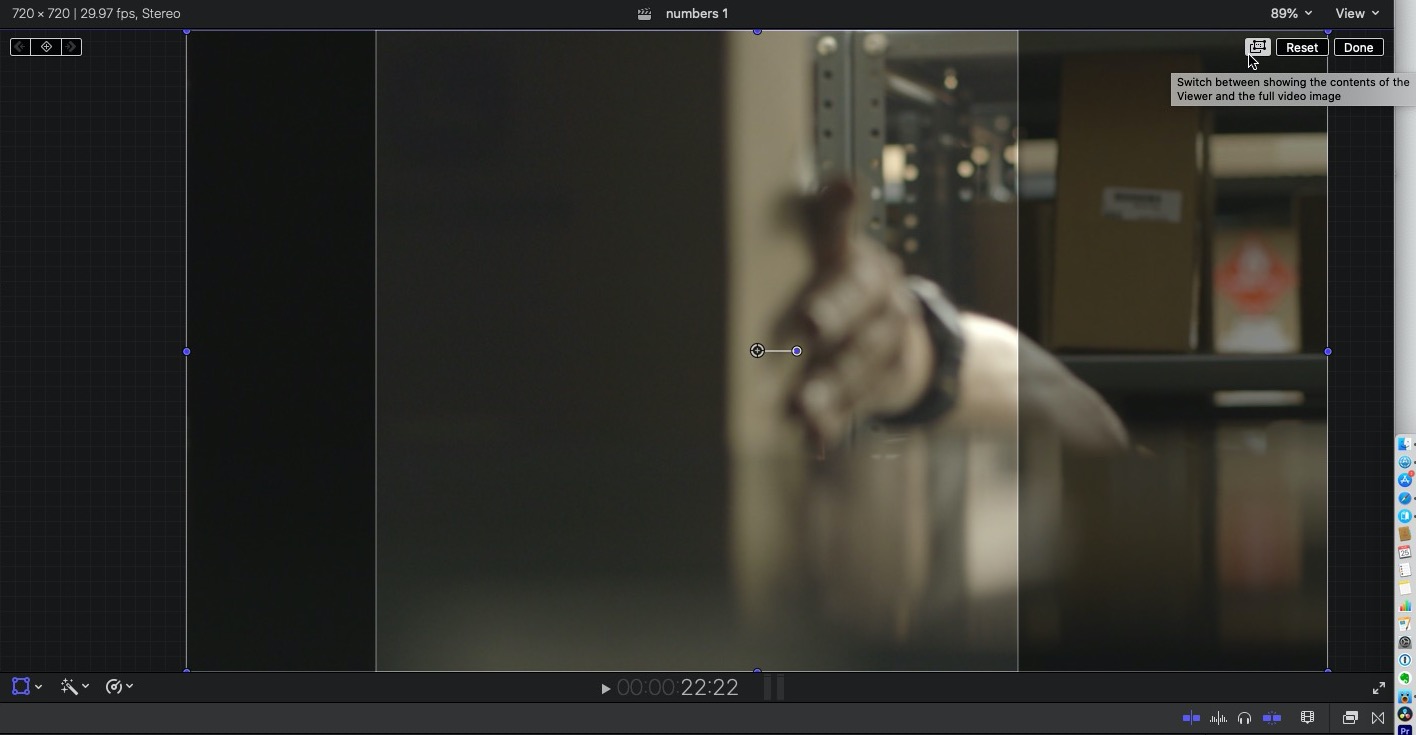 This will come in very handy.

Oh, there’s a new option in the timeline to make timeline work between Projects easier.

They were VERY close for this to be actually useful 😂
(hint: Apple, just put a list of open timelines in there!)#FCPX pic.twitter.com/8ESoSQa6xV

Oh well, not this time but hopefully dupe detection is on the roadmap. I’ve seen a few social media comments that this update is playing catch up for FCPX. Maybe in some areas but it is a solid update and the proxy improvements are on par and maybe stepping ahead of the competition.

And I just can’t mention FCPX without mentioning Postlab so here ya go.

UPDATE 8/25/20: This Apple Final Cut Pro X release notes document has a number of good nuggets in there. Bullet points pasted below.