With hundreds of careers and opportunities, the filmmaking industry can be a unique experience for a filmmaker. Filmtools decided to take a deeper look into the world of a filmmaker. This week, we had the opportunity to speak to filmmaker Justin Aguirre about his work. This is what he said:

Justin Aguirre:  My primary role is a cinematographer, working on a lot of commercial work lately but hopefully some feature work coming up soon. I used to do a lot of gaffing but I’ve been slowly moving away from it as my career progresses.

Justin Aguirre:  So many great DP’s today, where do I start.. I’ve been a big admirer of Eric Steelberg’s work and Hoyte Van Hoytema has been killing it. And I think everyone who works in camera, g&e gave a huge standing ovation when Roger Deakin’s won his Academy Award this year for Blade Runner. 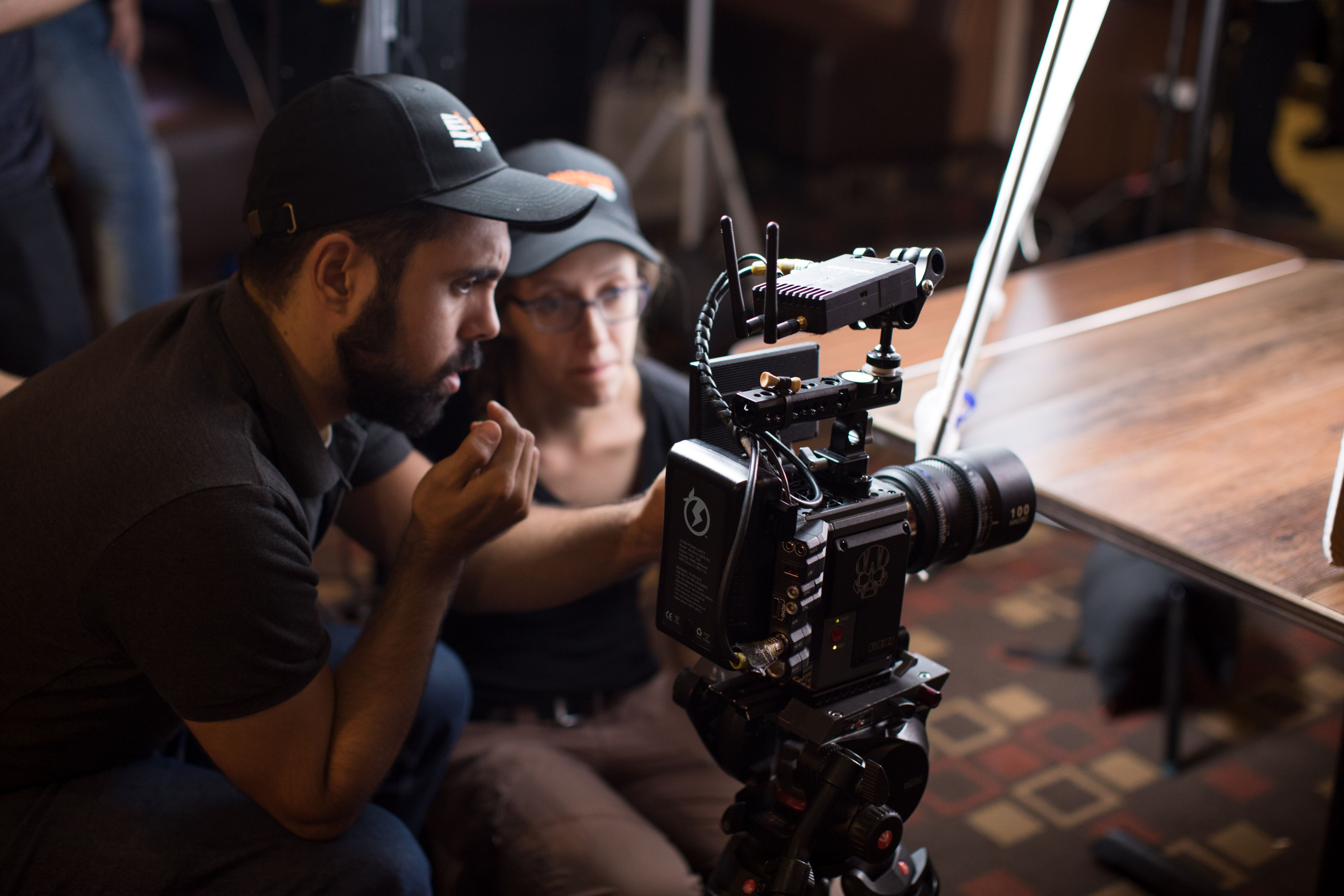 Justin Aguirre:  The best craft service food I think I’ve experienced has to be from a few years ago on a cold exterior overnight in the mountains. It was around 3 AM when crafty fired up a hot plate to make silver dollar pancakes with warm syrup. Best crafty ever!

Justin Aguirre:  One of the coolest projects has to be DPing a web series called Caribe Road, which is about a special forces unit of the US Army as they go after an international terrorist. This project not only allowed me to meet some really amazing filmmakers who I now consider friends but we worked with the Army and we were invited out by Blackhawk helicopters to tour Fort Irwin and spent the day with the troops, eating MRE’s, firing guns, and riding in tanks. I’ll never forget that!

Justin Aguirre:  The first thing I do is greet the director to review the plan of attack for the day. After that, I do a quick check in with my department heads to make sure they are all ready to rock.

Justin Aguirre:  I broke into the industry years ago through the Craigslist hustle and started networking with everyone I met on set. I graduated from a small college with not many of the same prestige internships and connections as other universities, so I felt I had to hit the ground running to get ahead.

Justin Aguirre: I’m actually currently looking for a new one haha. I just finished Love season 3 and really loved how they wrapped up everyone’s character arches so nicely. Mark Schwartzbard did an amazing job shooting it as well. But if anyone has recommendations for a new show, DM on Instagram.

Justin Aguirre:  Really depends on the show. I binged a lot of Game of Thrones to catch up to the current season but I could only do an episode or two of The Handmaids Tales before I had to get up and do something happy haha.

Justin Aguirre:  I’m currently looking to upgrade all my Kino Flo’s so I have my eye on their new LED tubes with the Freestyle ballast but recently saw a demo of the Litepanel Gemini units and now I’m torn. Hopefully, I’ll get a chance to compare them both at this years Cinegear Expo to decide.

Justin Aguirre:  That’s a hard one and really depends on what you’re trying to do with your career. I’d say, save the bigger toys for rental since the game is changing at lightning speeds but it never hurts to have at least a DSLR or something similar for starting out.

Justin Aguirre: If you’re in a position to buy lenses I’d say go for it. Traditionally they are a safer bet for “future proofing” and a good set of lenses will transfer over to a lot of cameras. But don’t just get what everyone else says to buy. Really try and find a lens that speaks to you because it will help define your style as your career goes on.

Justin Aguirre:  My preferred camera system is whichever suits the story the best. Sometimes that’s a RED or Alexa but maybe it’s a Sony FS7 and a few GoPro’s. Let the story let you know what’s best.

Surround yourself with like-minded individuals, the collective mentality can make or break you. Your circle of people should support you and make you want to try harder. People with negative attitudes or people who just don’t get our industry can totally kill your ambition when things are slow and tell you to get a “real job”.

My website is www.justinaguirre.com and is the easiest way to see what I’m about.

I’m most active on Instagram and Facebook. I’m trying to be more social online so if you’re reading this, drop me a message to say hi!