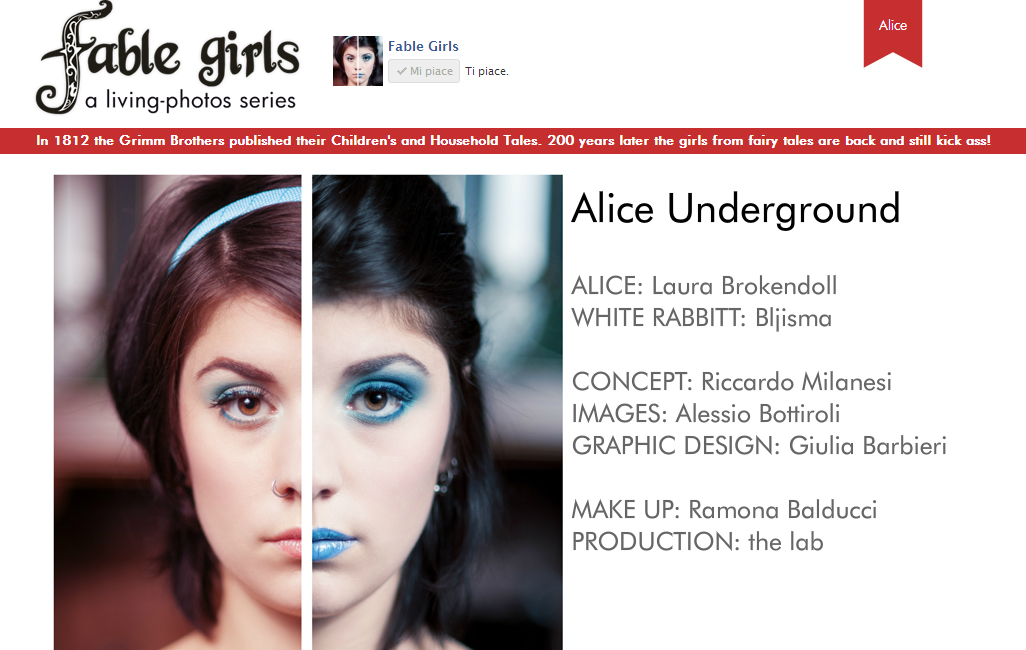 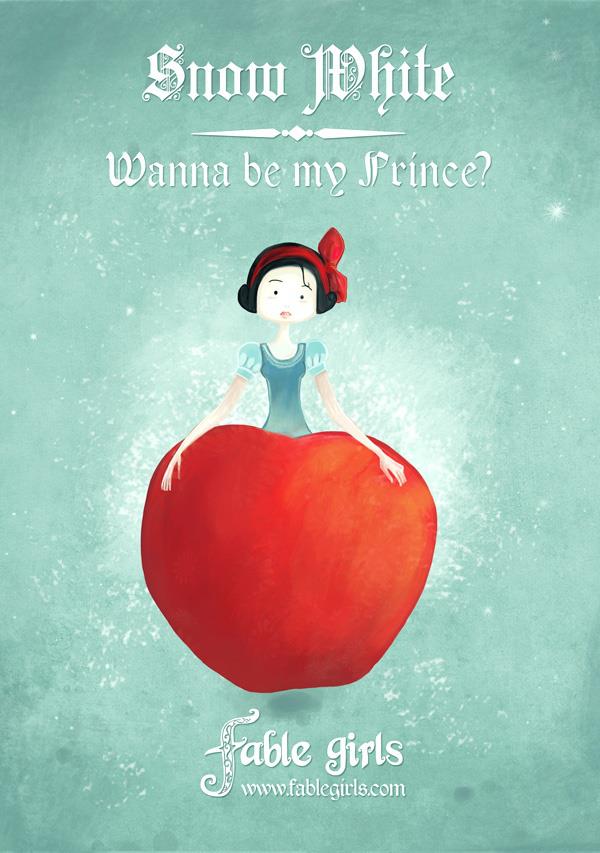 Fairytales are one of the first forms of storytelling and they are still very much used to teach kids ethical values. In a technology world where we are always have a screen in front of our eyes (television, computer, tablet, smartphone, etc.) fairytales can be told in many different ways with the opportunity of interaction. Readers/viewers/readers may add elements to tales and transform them in something totally different.

Riccardo Milanesi, an Italian creative, started an online project last year named Fable Girls to test how fairytales could generate engagement. His idea is to use cinemagraph, a photo technique that allows minor repeated movement in a still photograph, to tell visual updated versions of fairytales through their female leading characters.

Fable Girls has some key elements:

In the development of Fable Girls (www.fablegirls.com) Milanesi improved user interactivity in every single fairytale in ways you wouldn’t even believe. 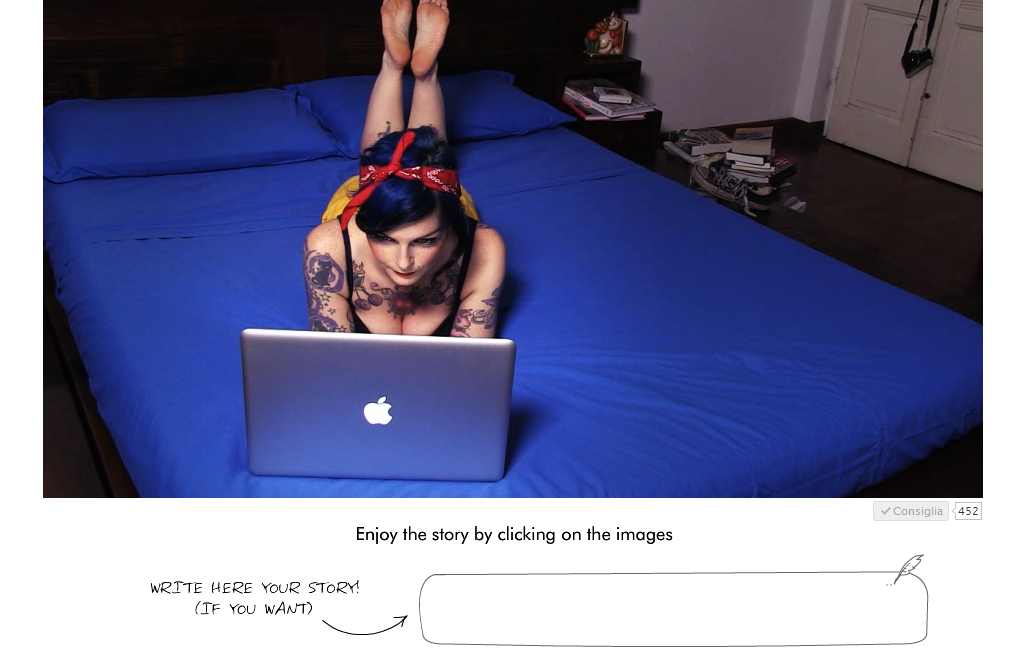 In Snow White users could choose the music (songs are performed by young Italian artists and consistent with the mood) and could write a short sentence under the pictures creating their own story which then generated a shareable via Facebook.

In Red Riding Hood users could choose the music and fairytale finale.

A contest has also been running on Facebook to find the suicide girl for the next fairytale, Alice. In Alice users could play some games, choose the music, read an extract of Alice in Wonderland book or color a drawing. 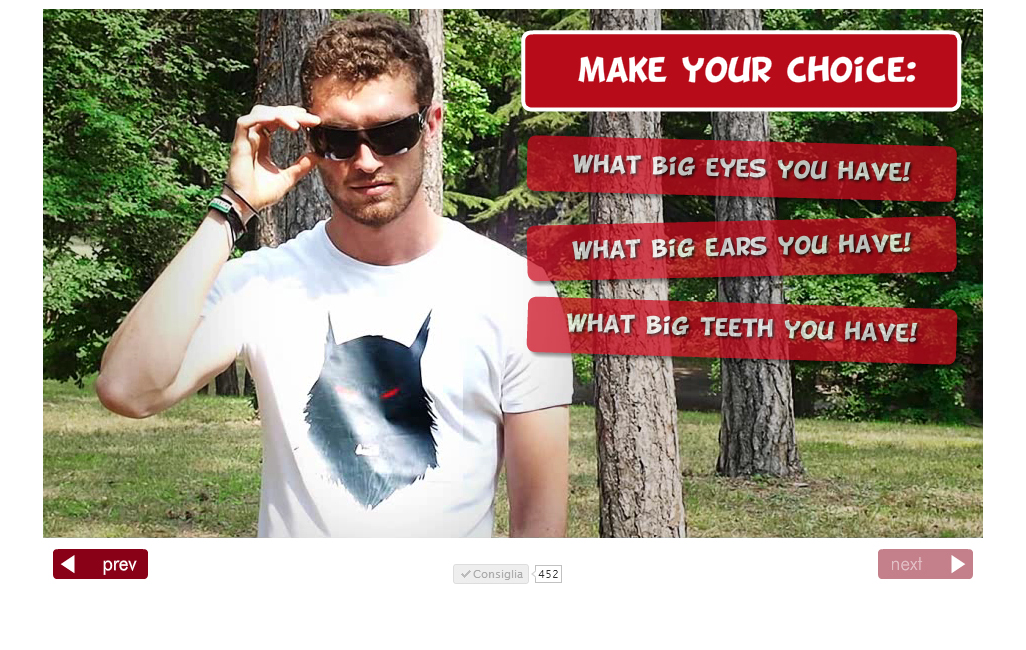 “Cinderella will be open to product placement/branded entertainment to create a real experience”, says Milanesi. “The story is about Cinderella working as a housemaid in a Motel. One day she wants to go to a party and suddenly enters in a walk-in closet full of clothing she can choose what is going to wear. Users can then dress up Cinderella as they like. When she goes out she takes her VW Beetle to arrive at the party. There she meets Snow White, Red Riding Hood and Alice and users can decide what she drinks and with boy she dances”.

Fablegirls stories are essentially traditional tales that have been innovated by users but the essential bits of the tale and the story have not been disrupted. The user flips the pages as in a pop-up book and interact with what’s there. Music, for instance, can totally change the mood of the experience.

Fablegirls is more experimential storytelling than transmedia, but it lends itself to social networks which allows the story to widen and grow in new and unexpected ways.