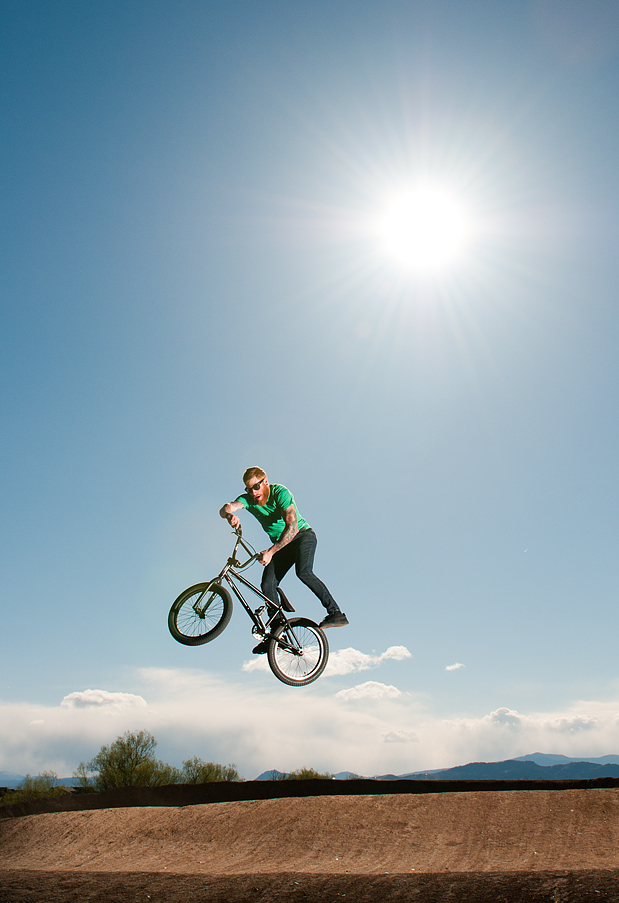 High speed sync is critical for the action sports shooter. If you want to freeze action and use flash, your options are limited. One choice is you could use high speed sync using speedlights and shoot at 1/2000 or faster, but the power output and effective flash range is greatly reduced unless you use multiple speedlights. Another option is using studio strobe packs/heads and underexposing the daylight so that the main light illuminating your subject is the flash. As long as the flash duration is fast, your moving subject should be sharp. But what if you don’t want to underexpose the daylight 2-3 stops? Of what if you want to shoot at a wide open aperture like F2.8 on a sunny day and use strobe. Your shutter speed would be much faster than the standard 1/250 most cameras allow as their fastest sync speed. Now everything has changed. Using Pocket Wizard Hypersync technology, shutter sync speeds of 1/2000 and faster are possible using studio flashes.

I’m an Elinchrom Ranger user. For years these battery powered packs have served me well in rugged remote location in harsh weather. To use the Hypersync technology with a Ranger, you need three things: a Pocket Wizard Flex Mini TT1 or TT5, a ST4 receiver and the Elinchrom EL-19374 to attach the ST4 into the pack. Another important element; use the slower ‘S’ head instead of the faster ‘A’ head. The slower head has a longer flash duration which allows faster sync speeds. The Pocket Wizard website directs you on tutorials on calibrating the flash sync using Hypersync. Sync speeds vary from camera to camera, flash pack model and head used. I found using my Nikon D300s I was able to sync easily to 1/2500 and all the way up to 1/8000! The image here was shot at 1/2500 at F7.1 at ISO 200, 1 Elinchrom Ranger used with a Freelite S head, standard reflector. Now I can freeze the action and use wide open apertures!