One of the most common, bread-and-butter motion graphics jobs you’re going to get is to take your client’s flat, two-dimensional print logo, turn it into a 3D object, and animate it onto the screen for an endless variety of video destinations (trade shows, press events, training videos, web & social media, etc.). This used to mean having to buy and learn a 3D program in addition to After Effects and/or your NLE of choice, rendering it out of one, and bringing it into the other to potentially integrate over additional footage. Now that CINEMA 4D Lite is bundled with After Effects, and there is a direct render path between the two, this task is now a bit easier.

But there’s still that (not so) little step of “learn a 3D program.” With that in mind, Chris created a session for last year’s Adobe MAX conference to teach those with no prior 3D experience just enough to be dangerous and pull this task off. It was very well received, so we’ve been working on other ways to make this information available. 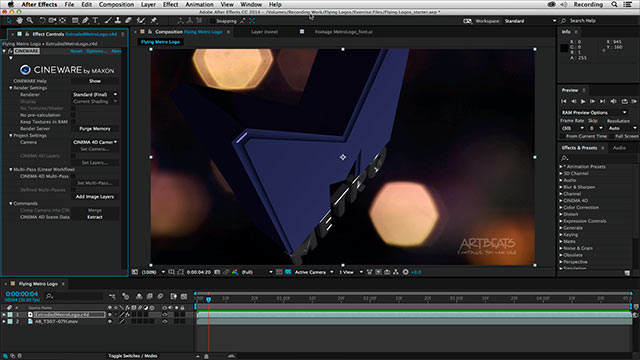 For starters, you can click here to download the PDF cheat sheet Chris created for his session that outlines the steps in abbreviated form. The highlights include : 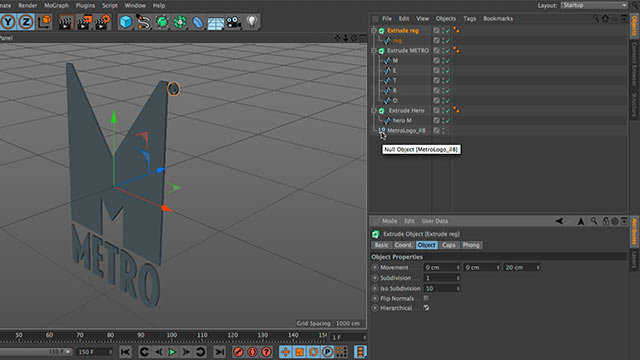 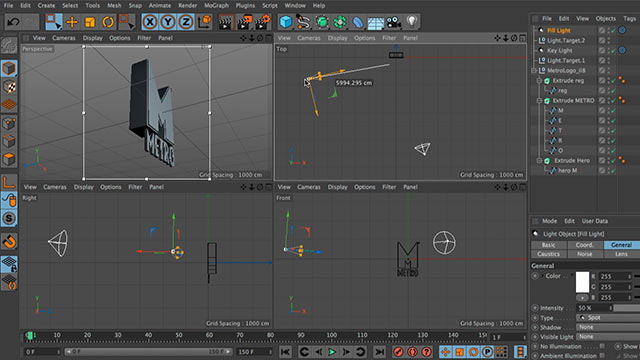 If a picture is worth a thousand words, videos are worth even more, so Chris created a course for lynda.com called “Creating Flying Logos with After Effects and CINEMA 4D” that demonstrates these steps in detail, including a bunch of additional tips on subjects ranging from getting better glints to maximizing render quality to managing your client. Here’s the introductory video to the course that covers what you’ll be doing:

If you don’t have a lynda.com subscription, then use our link http://www.lynda.com/go/chrisandtrish to set up a trial subscription. You won’t be billed for the first 10 days (a recent upgrade from 7 days free), which should give you plenty of time to watch this 2-hour course as well as any other content on lynda.com. We have nearly 50 courses up there ourselves, not to mention the thousands of courses from other instructors on other programs. If you don’t want to continue your subscription, then cancel within 10 days and you won’t be billed.

We know you’re busy, so the goal of this course is to teach you just enough to be dangerous – and hopefully impress your boss or clients!