In 2015 Devin Allen was an amateur photographer inspired by names as Gordon Parks or Andy Warhol, but the Baltimore Uprising changed his future, as Time, BBC, CNN and others used his photos. Now he is back with a book and an exhibit, “A Beautiful Ghetto”. 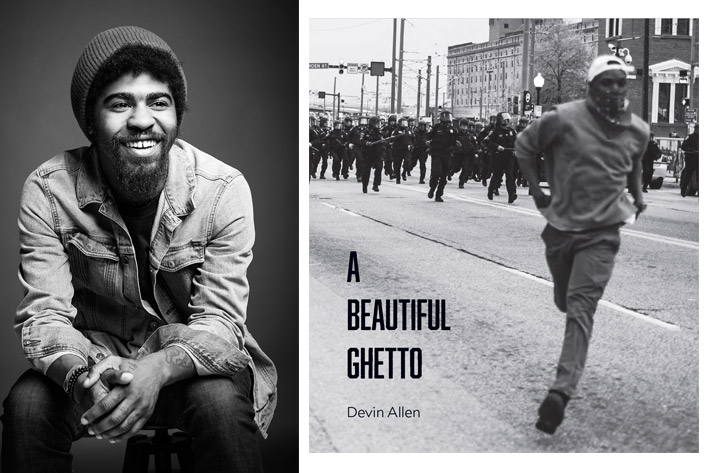 Devin Allen, a 26-year-old West Baltimore resident, only aspired to be a professional photographer. When protests took over his city, the photos published in Instagram propelled the amateur on the global stage.

Photographing models and street photography were passions for the young amateur dreaming to become professional.  Inspired by artists like Andy Warhol or photographers as Gordon Parks, Devin Allen revealed already in his street photographs the influence of Parks work. Gordon Parks was a seminal figure of twentieth century photography. A humanitarian with a deep commitment to social justice, he left behind a body of work that documents many of the most important aspects of American culture from the early 1940s up until his death in 2006, with a focus on race relations, poverty, civil rights, and urban life. In addition, Parks was also a celebrated composer, author, and filmmaker who interacted with many of the most prominent people of his era – from politicians and artists to celebrities and athletes. 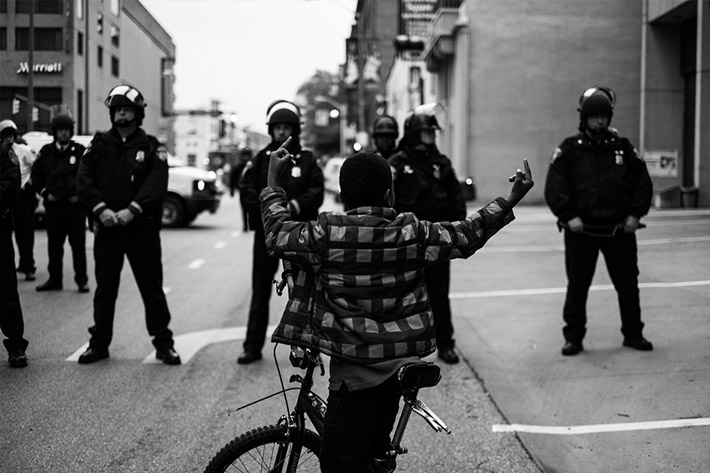 On April 2015 the world of young Devin Allen changed. When protests took over his city in the aftermath of Freddie Gray’s death – the 25-year-old African-American man who was severely injured while in Baltimore police custody and later died – , the young amateur photographer took to Instagram to publish his photographs of the protest.

Suddenly the photographer gained national attention, when his iconic photo from the Baltimore Uprising following Freddie Grey’s death was published, May 2015, on the cover of TIME Magazine (only the third time the work of an amateur photographer had been showcased there). Devin is now back with “A Beautiful Ghetto”, a new book and exhibition of his work at The Gordon Parks Foundation that provides a window into the heart of the frustration and outrage of a community in response to police brutality not only in their own city, but nationwide. 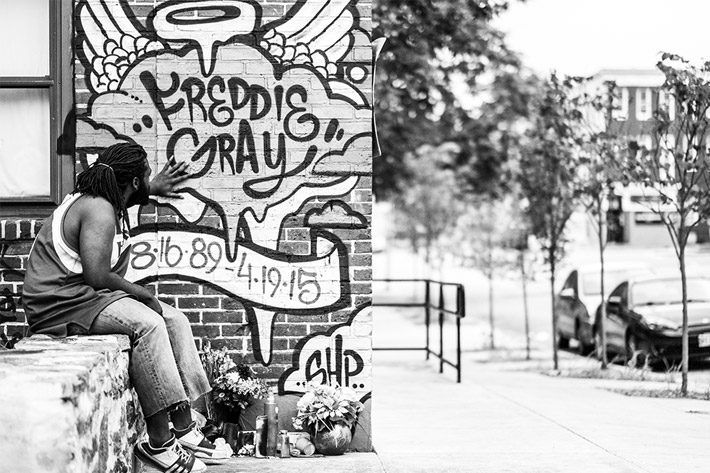 The Gordon Parks Foundation opened, September 15, its newest exhibition of photographs, Devin Allen’s A Beautiful Ghetto, which is on view at the Foundation’s exhibition space through November 18.  The exhibition showcases the self-taught Baltimore native’s documentation of the landscape and community of Baltimore immediately following the 2015 death of Freddie Gray.

“When most people think about the word ‘ghetto,’ they think of poverty, struggle, pain, violence, drugs,” said Devin Allen. “But for me, the word ‘ghetto’ is so much more. When I look deep into my community, I see a beauty that is often overlooked and unappreciated.”

A Beautiful Ghetto provides a window into the heart of the frustration and outrage of a community in response to police brutality not only in their own city, but nationwide. Allen’s camera acts as a witness to the first peaceful public protest that evolved into rioting casting an international spotlight on the city. 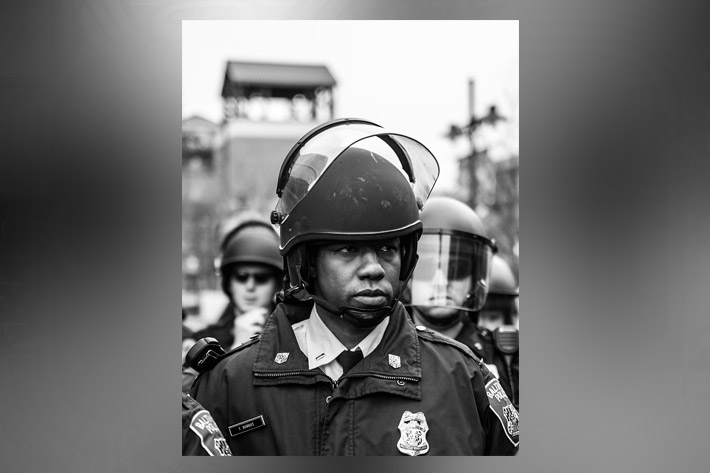 The exhibit and book mark Allen’s connection to the The Gordon Parks Foundation, as the photographer was chosen for the Foundation’s inaugural fellowship, which focuses, says the foundation’s Executive Director, Peter W. Kunhardt, Jr on art that explores social justice themes.

The Gordon Parks Foundation’s mission is to permanently preserve the work of Gordon Parks, make it available to the public through exhibitions, books, and electronic media, and support artistic and educational activities that advance what Parks described as “the common search for a better life and a better world.” The primary purpose of The Gordon Parks Foundation’s exhibition space is to present focused exhibits of Parks’ photography, as part of the Foundation’s commitment to educating the public and preserving his work. 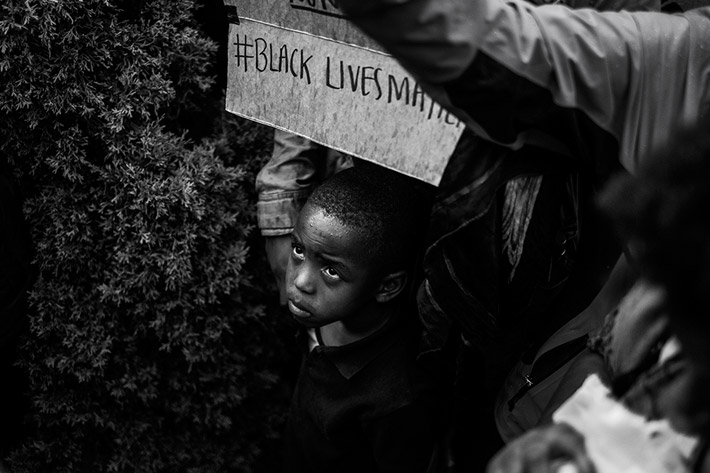 The appearance of Devin Allen’s photographs on the media changed the future for the photographer. His photographs have now appeared in New York Magazine, the New York Times, the Washington Post, and Aperture. His prints are in the permanent collections of the National Museum of African American History and Culture, the Reginald F. Lewis Museum, and the Studio Museum in Harlem.

The experience lived in 2015 and Allen’s interest in Gordon Parks work have opened new horizons for the recipient of the 2017 Gordon Parks Foundation Fellowship. Devin Allen founded Through Their Eyes, a youth photography educational program, that aims to arm the youth of Baltimore with cameras, so they can tell their stories. Like Allen does now, inspired by what Gordon Parks did before. Fortunately, the trend to document the world continues.