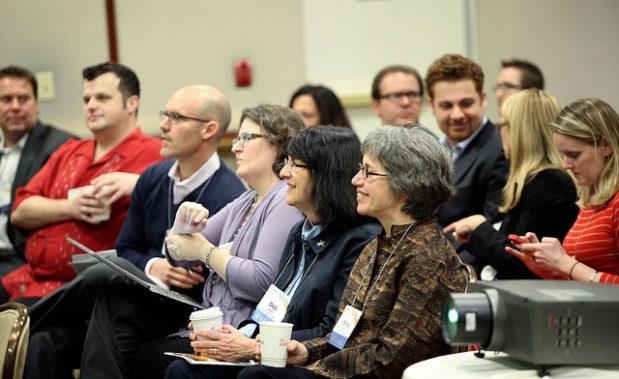 Createasphere’s Digital Asset Management (DAM) Conference – the leading industry event catering directly to the digital asset management community – has wrapped a highly successful two-day conference at The Beverly Hilton Hotel in Beverly Hills, California, covering the issues in which the entertainment, new media, retail, museums, non-profits, and government sectors are engaged. During the conference, Createasphere announced new initiatives to support and enliven the burgeoning asset management community, including a new DAM Coalition, commitment to events in New York and Europe, and the DAMMY Awards.

Createasphere’s DAM Conference, launched in 2010, has steadily grown into one of the most important events for key influencers and hands-on users of technology in digital and media asset management, as well as production, preservation, marketing, security, storage, and lifecycle organization and administration. This year’s Los Angeles event illustrated the evolution of the DAM/MAM communities – including professional creatives, marketers, digital librarians, IT specialists, and executives, among others – and their need for staying connected and educated. 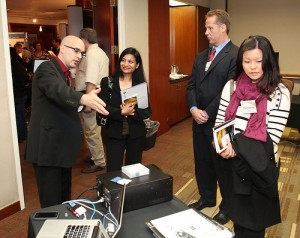 Mary Yurkovic, manager of the Createasphere DAM Events and Community, announced a new online platform – the DAM Coalition (www.damcoalition.com), which launches March 1. The DAM Coalition will feature editorial content overseen by Yurkovic from some of the globe’s foremost experts including Nigel Cliff, Luca Leonardini, David Riecks, Bob Harp, and Nick Sincaglia. The contributors will cover the most important topics driving the asset management including Content & Information Lifecycle, Market Resource Management, Digital Supply Chain, Metadata Taxonomy, DAM and MAM. It will also serve as an online forum for information exchange and a news site for related industry news.

Yurkovic comments, “The DAM Coalition will be a single source for the latest news in digital asset management, which we clearly see as a key issue facing the community. We know that there is a growing need for quality content that is driven by the evolution of the industry and a thirst for knowledge and expert led editorial. I am excited at the prospect of working closely with our audience and this amazing group of experts to create that much-desired information platform.”

Dates were also announced for the New York and European outings of Createasphere’s Digital Asset Management Conference. The DAM Conference will return to New York later this year on September 27-28 at the New Yorker Hotel, and to The Hague on November 13-14. The DAMMYs, the industry’s first and only award show honoring excellence in digital asset management, will take place during the New York event. For information and details, visit www.createasphere.com/dammys.

Createasphere was founded in 2001 as HD EXPO, and over the past decade has grown into a global company that develops and presents influential events for the content creation community, on line and face to face. Founded by Kristin Petrovich Kennedy in Los Angeles, Createasphere became part of Diversified Business Communications in 2009, now driving their entertainment strategies and properties division. Currently, Createasphere is presenting the Entertainment Technology Expos in Los Angeles; the Digital Asset Management Conference in New York, Los Angeles, and Europe; The DAMMY Awards in New York; the online news and content portal CreativeProCoalition.com; 3D Road Shows; and Post Production Master Classes.