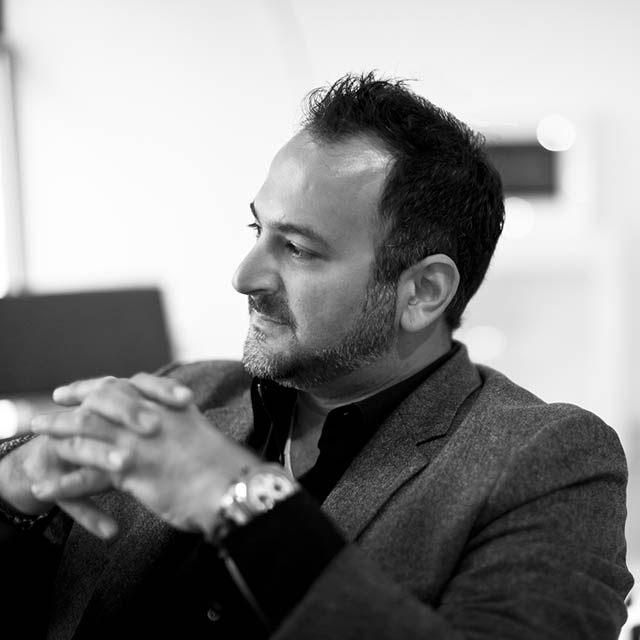 CEO and Founder of Big Fuel, Avi Savar, will be a guest speaker at this year’s Transvergence Summit in Los Angeles, CA. During our interview, Avi talks about his new book, evolving career and the driving force behind content marketing.

On June 3rd, Avi Savar’s book, Content to Commerce: Engaging Consumers Across Paid Owned and Earned Channels hit the bookshelves. The first paragraph on the inside flap of the book explains not only the book’s contents but in retrospect, the journey that Avi took while writing it; “Over the last decade the convergence of media and technology has turned the marketing world on its head. In order for brands to succeed in today's socially connected world, they must think like publishers and act like media networks. Content to Commerce shows how utilizing publishing- and entertainment-based principles can help brands and marketers use social media effectively—ultimately reaching today's hyper-connected and highly fragmented audiences.” During the interview Avi explains how this phenomenon of interconnected marketing has occurred and why.

A former television producer, Avi launched Big Fuel in 2004 as a branded content studio that would serve as a crossroads between the entertainment and marketing world. Avi describes the intersection of his production career with social media as “an interesting kind of marriage,” explaining that “my whole professional career was about telling stories and connecting to people through content, and then all of a sudden here is this thing called social media where really it’s all about content.” Avi sold Big Fuel in 2011 and was soon after approached to write Content to Commerce, which would be a culmination of his work as a content marketer, entrepreneur and storyteller. 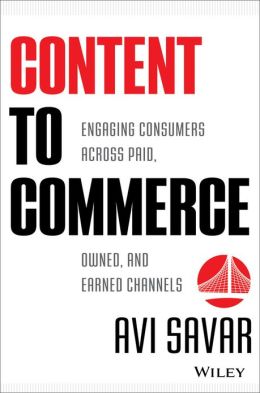 What is your elevator pitch for Content to Commerce?

“The premise of the book is about leveraging content to drive commerce… in 2004 when I started the company, my whole soapbox/ stump speech was about brand as publisher, that’s not good enough anymore.  This book elevates brand as publisher to brand as network” Avi explains, and when I ask him for whom did he write the book, he tells me that “the intended audience are a little more sophisticated brand or content marketers, it’s not social media 101.”

“It was really a great way to put a period at the end of a very long sentence. I started Big Fuel in 2004, sold it in 2011, in 2012 I was asked to write this book, I felt like it was a great culmination of events and allowed me to take all the work, the blood, the sweat the tears that I took to build this company… over the course of 7 –  8 years and I could actually memorialize it, and put it in a beautifully bound book in Barnes & Noble that nobody will probably ever buy, but it’s there and it’s a sense of accomplishment that allowed that period of my life to end.”

Transvergence Summit, has strong ties to transmedia, what is your interest in that field?

Avi prefaces his explanation with an argument on semantics, “my interest is in leveraging platforms to tell stories… I don’t care what you call it” he continues by explaining what it means to him as a creator, “we have opportunities as storytellers to connect with people and do it emotionally and with purpose, and for me that’s really what it’s all about. For the better part of my career I was limited to telling stories through video tape and delivering a piece of communication packaged in a very nice format, produced in an edit room and delivered on tape to somebody, somewhere in Jersey, who pushed a play button and all of a sudden it appeared on your TV screen. Now we’ve moved into a world where I can request content… [and] technology is allowing us to communicate with each other, at scale, in a number of different ways and formats. That’s my interest, anything I can do to push forward that agenda whether it’s branded content, social media, transmedia… I don’t really care, it’s about telling stories and doing it in a meaningful way.”

Did you have a moment of clarity while writing Content to Commerce and can you describe the writing process?

“Before the moment of clarity was a moment of paralysis and fear… When I was first asked to write the book I sort of put my producer hat on and said, ‘o.k. 65,000 words is kind of daunting’ but when I broke it down, I blog quite a bit and when I write it’s about 800 to 1,000 words, so I figure I can write 60 blog articles then start to break it down into chunks. But when you sit down to actually do it, it doesn't work that way. I was totally full of shit and didn’t realize what I was getting myself into.” He elaborates further, “I have created content in one form or another in almost every medium… I’ve produced music, live TV, short form. I’ve produced almost every form of content I can think of, writing a book was the hardest piece of content I’ve ever created. It was the most challenging, most daunting, and really a very difficult thing to do.”

“I think at the end of the day, my position is it’s our job to put things out in the world that get people talking about us in a positive way, and that facilitates the creation of additional content. Social media by definition is the media generated by people… Social media means people are talking and the output of those conversations IS the media. My job is to get other people talking about brands that I represent and I do that by creating content on behalf of brands that gets them talking, so I always say that content is the fuel or currency that drives conversation and that if cultivated correctly is what drives commerce.”

“If I can create a piece of content for a brand, and someone actually buys something, I've done my job. It's how you harness the conversation. People will always be creating content now, you and I are creating content now,” Avi explains as I interview him via Skype and record our conversation using Apple’s GarageBand. “ And then you’re going to go off and write an article, and someone is going to comment on that article… and maybe one person buys a book, maybe one person signs up for the conference.” He continues to explain how brands use content, “what we're doing now is facilitating communication and conversation that hopefully drives purpose and ultimately moves the needle in some way. I think brands will continue to make commercials because that’s what they have to do… But along with that you’re going to need to figure out the balance between push and pull, that balance between the things that I want to say, versus things that I have to say, versus things that I need to make sure that people out in the world know about my product and are talking about.”

If you had a crystal ball where would you see content marketing heading in the future?

“To the phone, it’s going to be about mobile, that’s where the future is. We’re seeing it already, more than 50% of social media consumption is on the phone. Mobility in general is going to be the key driver for content consumption… the idea that I can command my content is inherently a ‘I want to hold it in my hand’ kind of experience…I’m watching and experiencing everything in the world through this little thing, and where that takes me, I don’t know… This is the remote control to my life, my gateway to everything in existence. I’m doing more shopping through it, consuming content through it, I’m playing games on it, I’m talking to other people, I’m conducting business on it, and without it I am lost.”

What is your take on the speed and ease by which we can create content now?

“I think the world is moving a lot faster now. In 2004, when I started Big Fuel, there was no Facebook, it was still in a dorm room, there was no YouTube. All of this stuff started happening and it happened so fast and continues to happen faster. When you see things like Vine, which to me is one of the scariest propositions as a content creator in existence. It is by definition A.D.D. content…We’re taking that whole thing and we’re compacting it, so that I can consume it on the go and it’s an interesting direction for content creation. How can you possibly tell a story in 6 seconds? That 6 seconds has to connect me to something else. Or it is truly A.D.D. content, I watch it, I forget about it, I move on, I’m just filling my mind with kind of pointless crap.”

What’s the next step for you?

“Right now the focus is continuing to do really good work for our clients, to make sure we’re on the cutting edge of where the world is going. For me personally, I’m getting involved in more advising for start-ups. I’m getting involved at the board level for some non-profits. I’m starting to think about where the world is going and where my broader impact can be on it.”

One last question, what fuels you?