Parallel Worlds was a new chapter created especially for CMG5, covering a number of special cases and “gotchas” that crop up when you try to combine 3D layers in After Effects, Live Photoshop 3D Layers, plug-ins that render 3D images onto 2D layers, and renders from 3D programs. It also includes new tutorials on Adobe Repouss© (part of Photoshop CS5 Extended) and Digieffects FreeForm (included in After Effects CS5). Many of the problems and workarounds are rather involved, so this is a case where having the book and its accompanying project files will be very helpful, but we’ll summarize the steps to accomplish a few choice tricks below.

This is the last chapter in Part 4 – Cameras! Lights! Action!. After this we get into Building Hierarchies: Parenting, Nesting, Precomposing, and Collapsing.

At the core of understanding how various types of “3D” layers interact in After Effects is to remember that at its heart, it’s a 2D compositing program. Enabling a layer’s 3D Layer switch has two consequences: It allows the layer to be moved in three dimensions, but it also routes that layer off to a separate internal rendering engine. The output of that separate rendering engine is a 2D layer, which is then composited with the other 2D layers inside a composition. This is how 2D and 3D layers can coexist inside the same comp: 3D layers must eventually be rendered to 2D layers.

When multiple 3D layers are adjacent to each other in the Timeline panel’s layer stack, they may interact by way of intersecting each other, casting shadows onto each other, and receiving shadows from each other. However, if a 2D layer appears between a selection of 3D layers, the 2D layer acts as a “rendering break” that separates adjacent 3D layers into their own groups or “bins”: 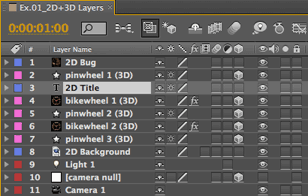 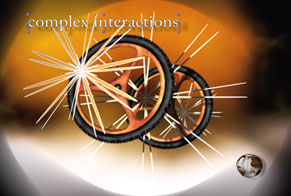 Placing a 2D layer between 3D layers (look for the 3D cube icon – this column is for the 3D Layer switch) in the Timeline panel acts as a “rendering break” which disrupts how shadows fall between them. Note the lack of shadows on the front bikewheel. Also notice that the full-frame background video does not receive shadows from any of the 3D layers, even though it appears to “receive” shadows from the Drop Shadow layer styles applied to the 2D Bug and 2D Title layers.

(By the way, one of the tradeoff involved with Layer Styles – which typically look better than their 2D plug-in effect alternatives – is that they break up 3D groups when applied to 3D layers, whereas the 2D effects don’t. We cover other 3D rendering order issues, opportunities, and gotchas in Part 4 of CMG5.)

Normally, 3D shadows only happen between objects inside a 3D rendering group; 2D layers are excluded. However, there are several tricks to catch a 3D shadow and blend it onto a 2D layer. Our current favorite approach requires knowledge of a 3D layer’s Material Options as well as a bit about Blending Modes: 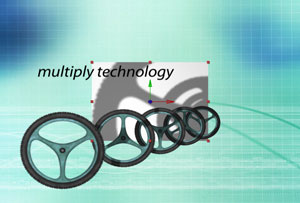 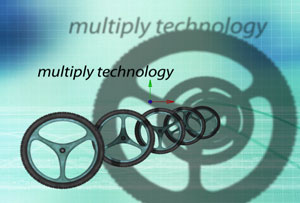 A white solid in 3D space will catch shadows from other 3D layers (left). Position and scale it up as needed, turn off its Accepts Lights option, and set its Blending Mode to Multiply to make this layer disappear and instead “cast” its captured shadow on 2D layers behind (right). Grid pattern courtesy Artbeats/Digital Biz

Many effects – from such classics as Shatter and CC Cylinder, to the newly bundled Digieffects FreeForm, to popular third-party effects such as Zaxwerks Invigorator, Trapcode Particular, and Boris BCC Extruded Text – create 3D imagery with depth and perspective. Most “3D” effects also have options to react to 3D camera and lights in After Effects. However, in reality these effects are miniature 3D programs residing inside After Effects: Rather than using the After Effects rendering engine, they have their own internal rendering engines that create their own imagery. The result is a 2D layer (the 3D Layer switch is supposed to be left off) that does not interact with 3D layers in After Effects, including no native ability to receive shadows from or cast shadows onto those layers.

That said, CMG5 presents a couple of examples that work around this shortcoming. The general concept involves a few steps: 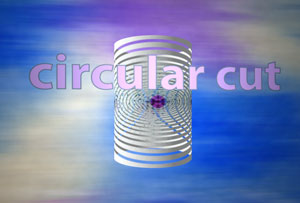 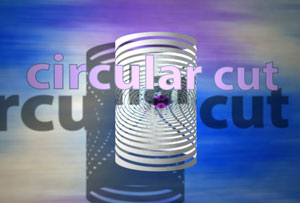 The 3D effect CC Cylinder renders perspective and follows a 3D camera correctly, but it does not cast or receive 3D shadows, and it breaks the rendering order between 3D layers (left). After enabling the 3D Layer switch for Cylinder and entering an expression for its Orientation, 3D shadows appear, and proper 3D perspective is somewhat maintained (right). Cylinder wrap texture courtesy Getty Images/Discovery

Creating 3D objects in Photoshop and importing the resulting PSD file into After Effects has a lot of shortcomings and compromises compared to using After Effects plug-ins like Zaxwerks Invigorator, or a real 3D program like Cinema 4D. But if you work at a place that has the Adobe Creative Suite but no other software, it at least gives you an option to create objects with actual depth. In CMG5, we cover how to create these objects (as well as use Photoshop’s Vanishing Point module); buried in there is a key gem on reducing your frustration level with Live Photoshop 3D objects: 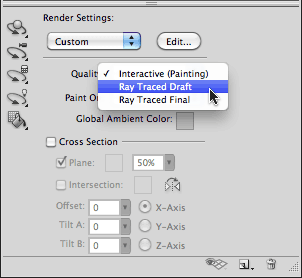 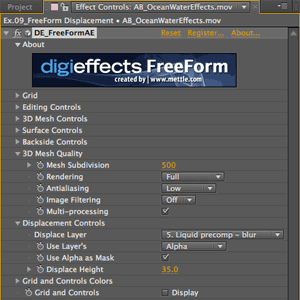 One of the options of the powerful Digieffects FreeForm effect (created by Chris Bobotis of mettle.com) is to use another layer as a displacement map. This creates all sorts of interesting extrusion, landscape elevation mapping, and related effects.

However, when you first select a displacement layer under Displacement Controls > Displace Layer, you may be very disappointed in the results: It will render as indistinct blob with the default settings. This is because the default setting for 3D Mesh Quality > Mesh Subdivision is waaaaaay too low for displacement work. We find we often need to increase it to at least 300 for standard definition resolution work; going much higher is not uncommon – with a resulting tradeoff in rendering speed. If you’re noticing a problem with aliasing edges after increasing Mesh Subdivision, try slightly blurring your displacement layer in a precomp (the subject of Chapter 19 in CMG5) to smooth the transitions at sharp edges. 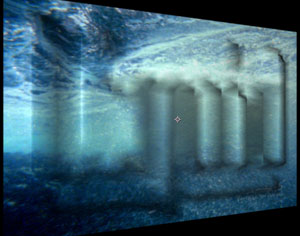 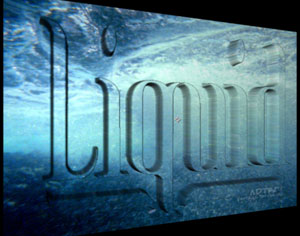